The Cool Environmental-Friendly Car That Runs On Air – read about this great invention and about two other awesome cars that work with air as their fuel.

Let’s dig into the case of the incredible new car that uses air to move:

It might sound incredible, but the company that will produce this amazing model is none other than the French company PSA Peugeot Citroën. You heard that right. The car that will run on air is already in test programs and set to be sent to industrial production quite soon. The engineer to designed this hybrid model is Andrés Yarce. 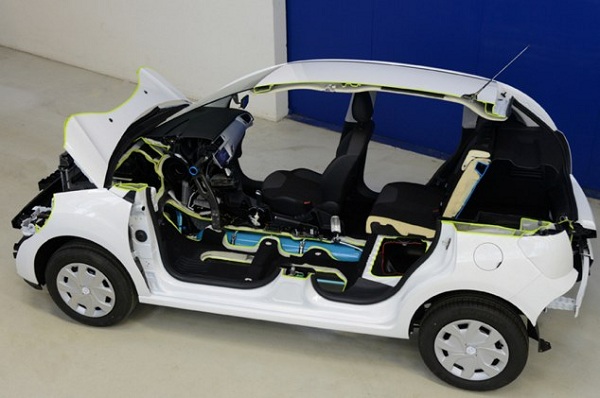 For now, the car is not running fully on air, because the air needs to be compressed and in order to do this it needs energy. The interesting system consists of a piston and hydraulic pump. In the high-pressure accumulator, the piston and the pump compresses the nitrogen gas. When accelerating, the pressurized gas is released. This will make the hydraulic fluid move in reverse in the same pump.

Below you can watch a video about the technology behind this amazing invention:

As you could see in the above video, the car is also able to run on regular combustible, such as gasoline. The engineers stated that the car can run on air in the urban area, and it can reach around 43 miles per hour. 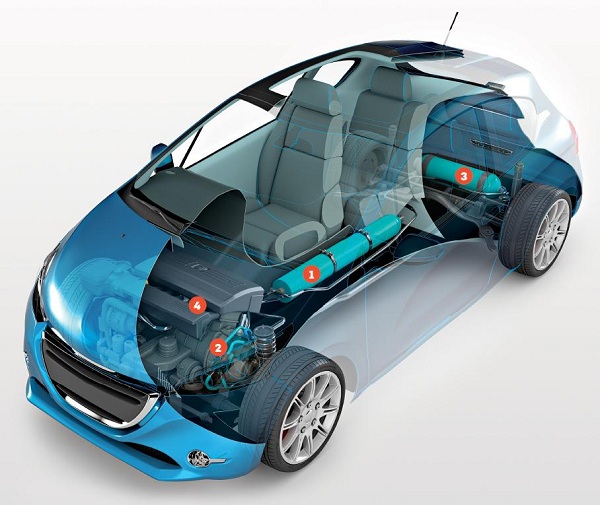 When compared with the gasoline-electric cars or fully electric cars, we can see the obvious difference in price and pollution, but also in weight. There is not needing for extra space for the big battery that is included in the electric cars. 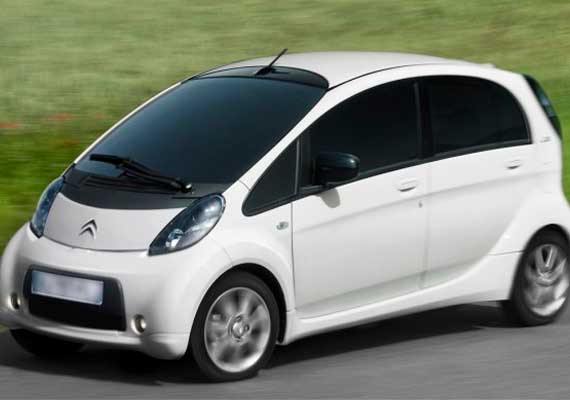 The system will appear as an option in all Citroen and Peugeot subcompacts, in Europe. The price is not yet public, but it’s believed it should be about the same with the price of other gasoline hybrids. This car will run on fresh air, save a lot of money and will be eco-friendly. This car is very cheap if we think about other very, but very expensive cars.

These inventions are quite amazing. What should we expect next? A flying car that runs completely on air?

Below you can watch a video about the Peugeot hybrid car that runs on air:

Below you can read about other examples of cars that are eco-friendly.

1. The Lego Car That Runs on Air

Yes, a lego car that runs on air it really exists. It’s the creation of two young geniuses, the Romanian Raul Oaida, 20 years, and the Australian Steve Sammartino. They joined forces to create a car from lego pieces (including the engine). Their project is called Super Awesome Micro Project. 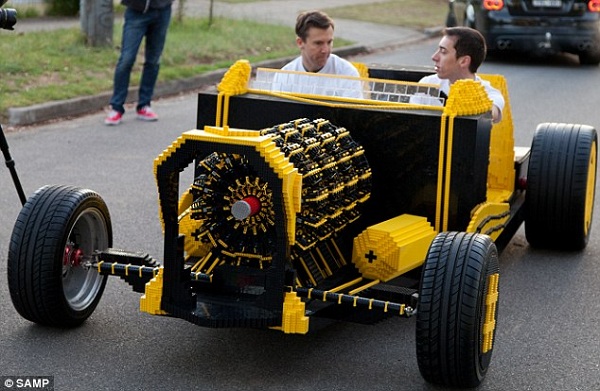 The top speed of the car is 12-17 mph and the creators used about 500,000 pieces of Lego. Even the pistons that are in the engine are made of Lego pieces. How awesome is that? This car is very dangerous on roads with massive instant collapsing holes!

Next Page: More About the Amazing Cars that Run on Air

1 2
Written with love and coolness by karrinah on February 27, 2014 in Amazing Stuff How do you rate this article?