A cool new electric car from Dunedin, New Zealand parks itself with no driver. The astonishing little vehicle is fully equipped with individual motors on each wheel, and it can make parallel parking a piece of cake. Find out more about this awesome invention right here.

The revolutionary little electric car was designed and revealed by a team of engineer students from New Zealand and China. 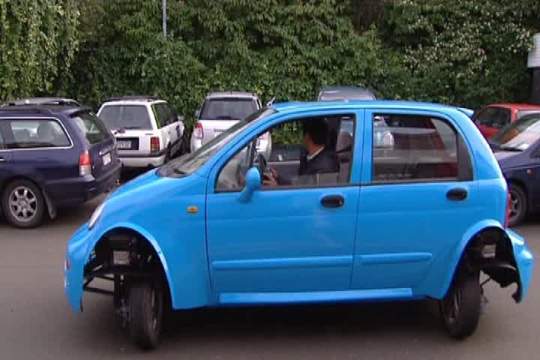 We all know that parallel parking is any driver’s worst nightmare, but this team of scientists have come up with the perfect solution, a cool car that parks itself, with the aid of a simple trick: the wheels are able to preform a 360 degree turn, making parking problems, a thing of the past. 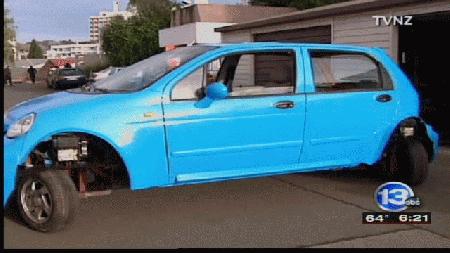 The car is Eco-friendly, and if it is equipped with a good battery, it can go a whole month without being charged. The amazing car can reach speeds of up t 100 kilometers per hour, and it seems like the perfect solution for the environment, and for the busy and crowded city life.

Sadly, the car won’t be available for another two years, and it is expected to cost about ten thousand dollars when it is released to the general public.

Have a look at the , and see the cool new electric car parking itself:


Written with love and coolness by crissa on August 1, 2013 in Cool Stuff How do you rate this article?