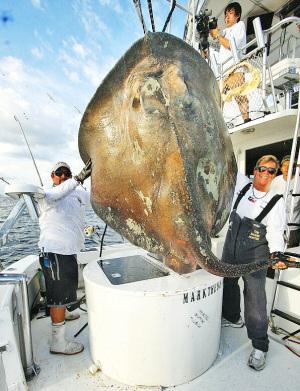 Mark the Shark was lucky enough to catch one of the rarest sea creatures. The bizarre sea monster is known as a Dactylobatus clarkii or Hookskate and it is considered a rare sight due to the fact that this species spends most of its time in the depths of the ocean. 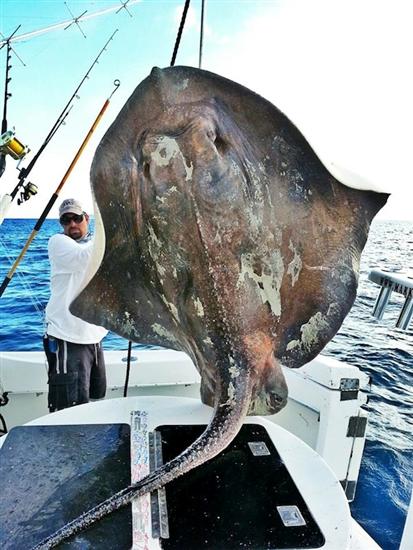 The monster was compared to a dinosaur as it weighed 800 pounds. Hookskates generally swim in depths of over 1000 feet, hence making them extremely rare to catch. It is a mystery as to what the creature was doing in such shallow waters, but for us, it is a great opportunity to see them up-close, even if just in pictures.

Related: Check the most disturbing water creatures caught by fishermen

In case you are wondering what became of the great monster? Well, Mark the Shark returned the bizarre creature to the deep as soon as he took the pictures.

Have a look at the video to see how a Hookskates looks:


Written with love and coolness by crissa on November 29, 2013 in Weird Stuff How do you rate this article?