The huge electric eel electrocuted the alligator! Check out the amazing fight between two fierce animals and other amazing odd battle between a croc and a hippo protecting a gnu.

When you are an alligator you probably believe no one can be better than you in the animal reign since you are called a predator. However the next story shows us that it takes more than sharp teeth and amazing force to win a fight.

The alligator from our amazing story chooses as its dinner a worthy opponent, an electric eel. Even if the electric eel is a fish, it’s the apex predator in the region where it lives. Its amazing strength lies in its ability to generate electric shocks of more than 600 volts. 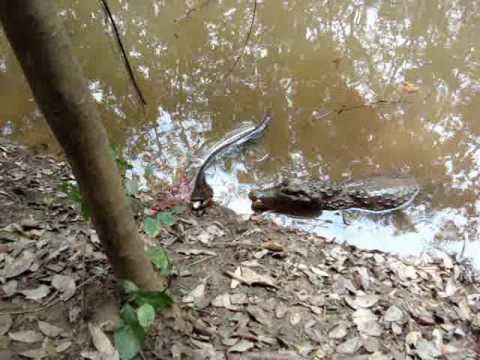 A man caught on tape the moment when the alligator sees the eel and attacks it. It looks very confident that it will enjoy a tasty dinner, but the outcome is a bit different. Alligators and crocodiles are confident in their strength, but they are not very smart when choosing their prey.

Check out the alligator who messed with a snake and lost the fight. 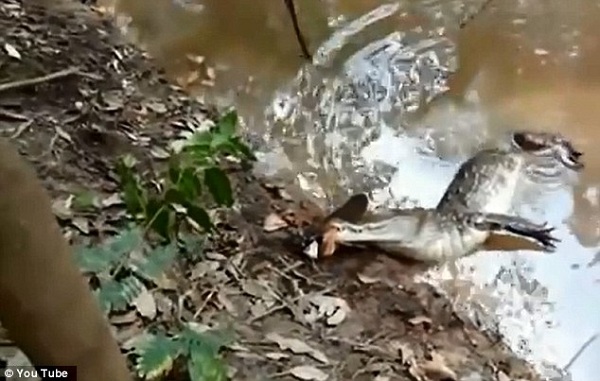 Going back to our story. The alligator opens the jaws and grabs the eel. The fish tries to escape.

Soon after that, the eel starts to electroshock the alligator and we can see him shivering as hundreds of volts run through his massive body. Electric raze can be seen beneath the head of the reptile. 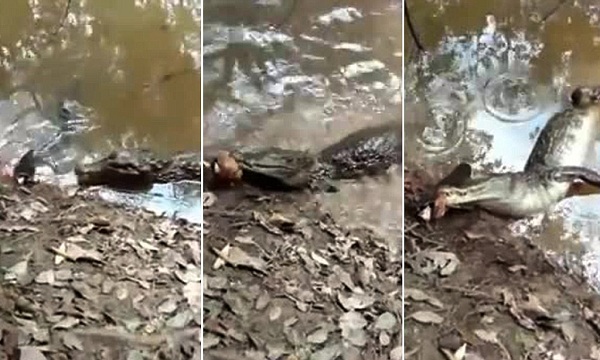 In the end, the alligator rolls over without making a single move. The electric fish is sure to be dead. About the reptile but we can only assume that it died.

Below you can see the amazing fight filmed:

Check out other amazing story involving a crocodile, a gnu and a hippopotamus. We believe this is an amazing triangle.

It’s common for crocodiles to attack weak animals such as gnus and zebras. The crocodile from this story attacked a gnu and dragged it in the water. 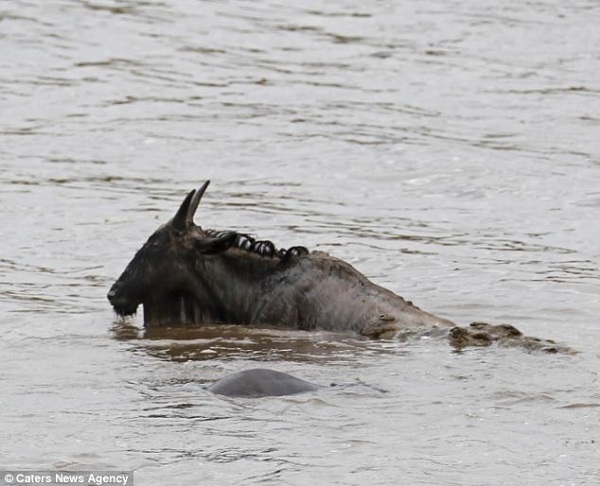 Until here there is nothing unusual. The crocodile carries his pray in order to eat it.

Everything starts to be amazing when the big hippopotamus enters the stage. A group of hippos slowly approaches the crocodile and one of them goes straight to the reptile. 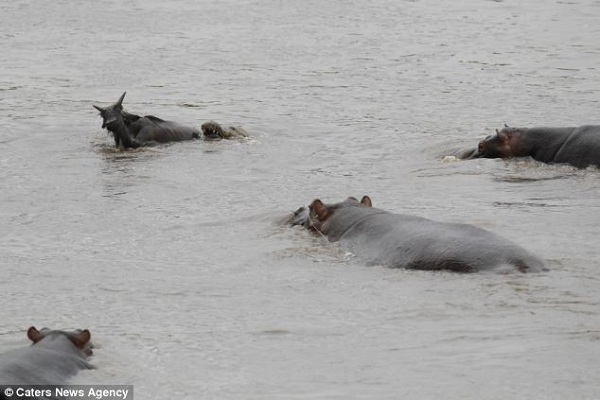 As the hippos approach the  crocodile, the reptile is scared and backs off.

After the crocodile runs away, the one of the hippopotamus escorts the gnu out of the water. It is also seen nudging the animal to go away from the water. 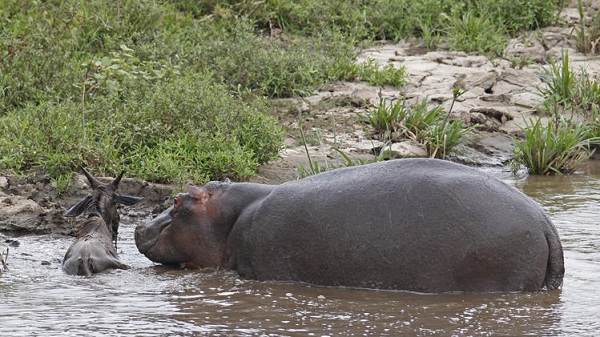 Hippos are very protective with their fellows and babies, but this story is quite amazing. It’s the first time we witness hippopotamus protecting other species.

Below you can watch the amazing fight between the crocodile and hippo:

Written with love and coolness by karrinah on April 13, 2014 in Amazing Stuff How do you rate this article?