Egyptian Statue Amazingly Moves on its Own

Is it a ghost? Is it an ancient curse? An ancient Egyptian Statue from the Manchester Museum is amazingly moving on its own and no one can explain why. The statue of Neb-Senu changes positions much to everyone’s amazement, and if it keeps moving like at this rate, it might even leave the museum and who knows where it will end up. Find out more about the mysterious missing statue right here. 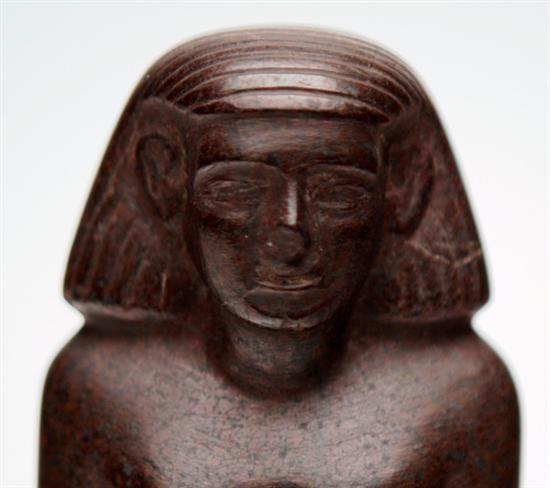 The statue of Neb-Senu, is thought to date back to somewhere around 1800 B.C., and for the past 80 years, it has found a home inside the Manchester Museum. It is uncertain when the astonishing statue started moving, but the first person to notice it nowadays was Campbell Price, a caretaker of the Egyptian collection. 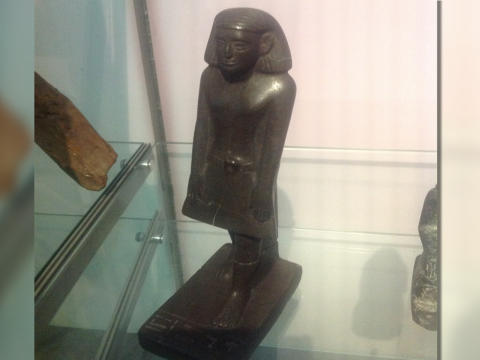 The man noticed one day that the statue had changed position, and, despite the fact that he was surprised because he was the only one who had the key to the statue’s glass casing, he thought nothing of it, and simply placed the statue back in the display position. The museum’s management set up cameras to film a timelapse, and even though the turning of the statue is not visible to the naked eye, on the timelapse, we can clearly see it turning around counterclockwise. 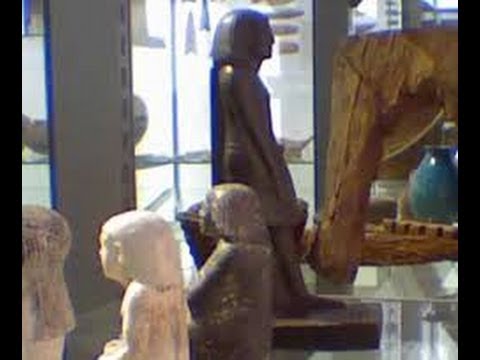 Wanna hear something even more thrilling and amazing? The 10-inch (25 centimeters) statue only makes a 180 degree turn, then stops from its movement. Why would it stop? Well, in this position, it exposes the message on its back, asking for offerings such as “bread, beer, oxen and fowl”. 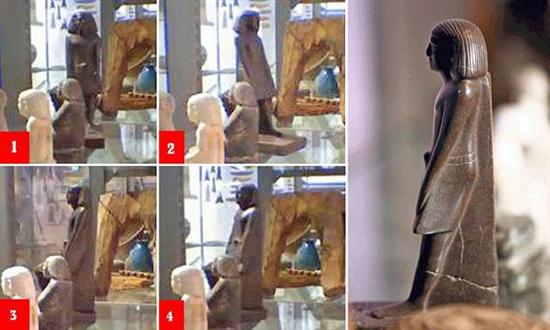 Why does the Ancient Egyptian Statue Move on its own?

Considering the fact that the weird moving statue only moves during the daytime, scientists have said that the most plausible explanation is that it moves because of the vibration caused by the museum visitors. The process is called stick-slip vibration, and it is really not that uncommon. BUT… why has it never moved before? It’s been in the museum since 1933, it should have moved due to vibration by now… 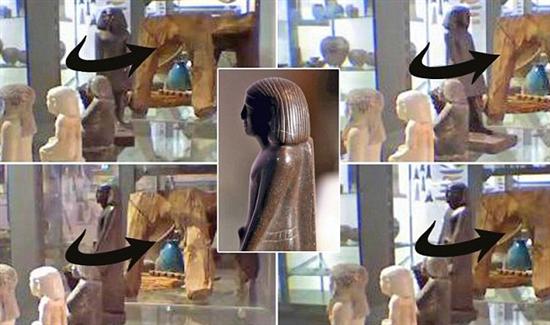 And, more importantly, why would it stop after turning 180 degrees? Scientists also have an explanation for that. They believe that the ancient statue makes it’s stunning turn because the mass is not equally distributed between its two half. They believe that half of the statue is heavier than the other, hence, it turns until it reaches stability… oddly enough, that stability is reached after a perfect 180-degree rotation. 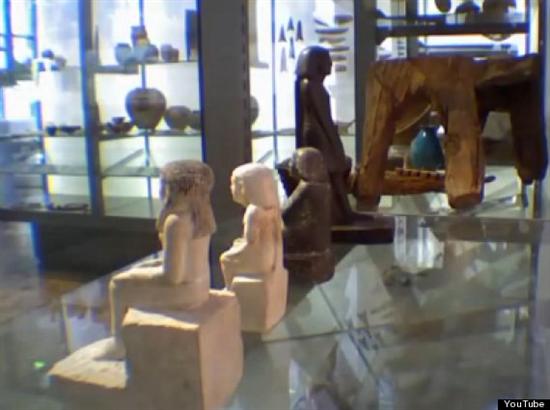 Why do you think this Egyptian statue moves on its own? Is the explanation amazing and mysterious, based on ancient curses, Gods demanding sacrifices? A soul is trapped withing the statue and it’s trying to get out attention? Or is it just simply physics… It’s up to you to choose the answer.

See the statue turning in the :


Written with love and coolness by crissa on June 26, 2013 in Awesome Stuff How do you rate this article?