What are the largest snakes caught in 2016? We got a frightening  and impressive list of the biggest snakes captured in 2016!
Fan of the scariest creatures on the planet? Then you are in the right place, weirdo!

Truth be told, I must confess I’ve never been a fan of snakes (but I now you are!), spiders or any other poisonous, biting creatures on earth, but I find pretty cool that some people created a hobby by capturing these huge cold-blooded beings (also see Biggest Snake In The World 55 Feet Long). At the end of this snakes article, you are either going to be a snake lover or you’ll just go back petting your dog…

The most recently captured snakes, for 2016

…and trust me, they are BIG enough to scare you!

for a list of largest snakes by continent see this

Oh, by the way, if you never saw the movie series ‘Anaconda’, you can start your adventure here, and finish by watching the movies! Check it out! 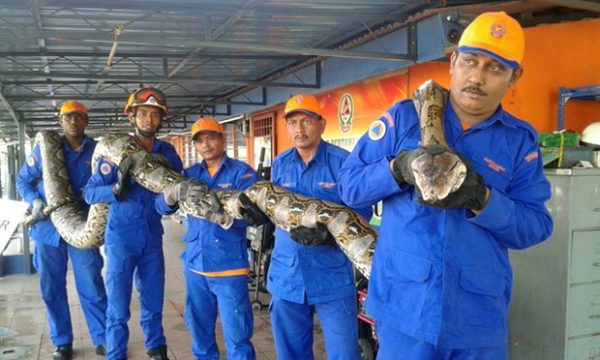 This huge, scary Python was found in a construction site in Malaysia on April 7, 2016. Unfortunately, the Python was found already dead after laying an egg. This Python species is considered to be the longest reptile species, and this one measures eight meters in length and weighs about 250kg.

It could take the record for the longest snake ever to be caught, which is currently owned by Medusa a snake captured in Kansas City. Right now, I don’t know if I’ll ever go anywhere in southeast Asia, where this species is originally from! If they can swallow a whole cow, humans will be used as toothpicks. Check out Biggest Python 17-foot Found in Florida Everglades.

Check out the video Malaysians made with one of the biggest snake captured in 2016! 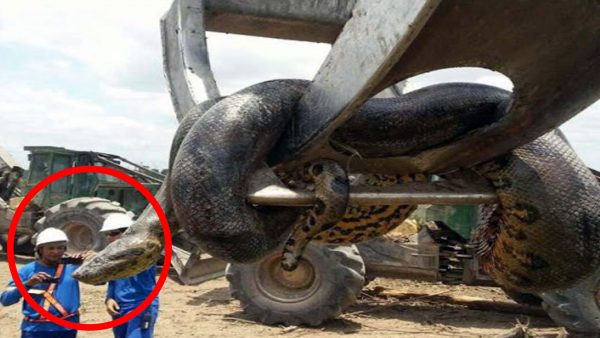 A huge, man-eating Anaconda was discovered after an explosion destroyed a cave in Belo Monte Dam, Brazil in September 2016. Yeah, you heard right… Anacondas are eating people! (or animlas… check out The Incredible Snake that Eats A Crocodile)

It is not clear if the Anaconda was already dead or it was killed by the explosion, but there were many animal lovers and activists who criticized the workers for killing this precious species, which are pretty rare to find! The Anaconda was almost 10 meters long and weighed almost 350 kg, and it is believed that it will set a new world record for the world’s largest Anaconda!

Check the incredible , where the workers are lifting the Jurassic-like creature!

Huge Anacoda captured in the Amazon jungle in 2016 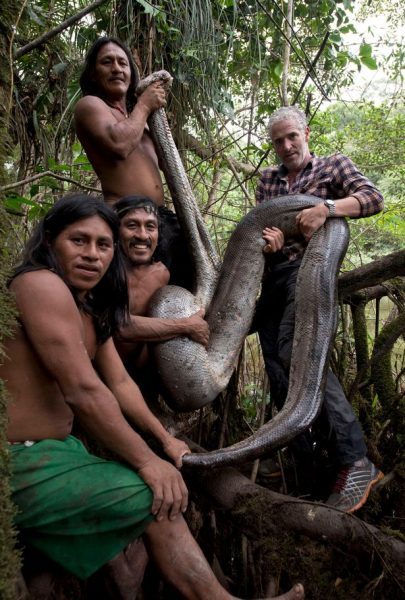 In March 2016, a huge Anaconda was discovered in the Amazon jungle, by a few members of an amazonian tribe and a team which was filming a new BBC documentary entitled Tribes, Predators and Me.

It measures over 5 meters long and the Waorani tribe has many reasons to capture, but release the huge anacondas somewhere safe, away from the oil explorations made in the Amazon jungle, which affects most of the beings living there. 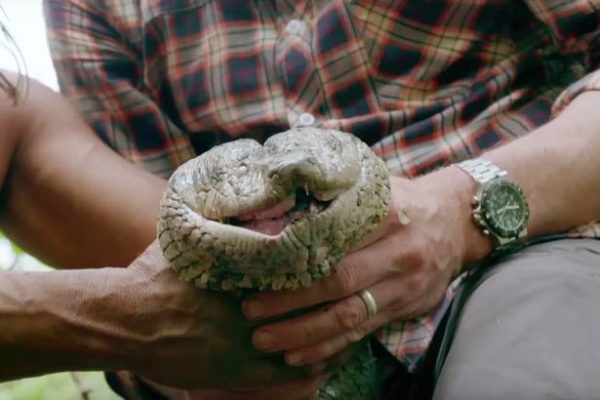 The Waoranis also believe the proven man-eater is holding the key to their future and has high spiritual importance to people of their tribe.

Those are the Biggest Snakes discovered in 2016 and they are truly scary, unique and important. I think that we, the humans, need to understand that every living being, no matter if it’s poisonous or biting, has the right to live.

Our daily program includes the nature’s deterioration and nothing good will get out of it! Take care of your planet! And don’t forget to share this article with your friends!

Written with love and coolness by Anamaria Nichita on March 7, 2017 in World's Biggest Things How do you rate this article?