The Amazing Story of the Crocodile eaten by a Snake in 2014- yes, this large snake actually eats the whole croc! read about this case and other similar stories when a snake ate large animals!

Let’s read about the hungry snake that eats an entire crocodile, and how is this possible.

It’s said that everywhere you go in Australia, you will meet dangerous creatures. However, a resident captured some moments that will demonstrate that even the danger is dangerous for itself. Tiffany Corlis shoot extraordinary pictures of a snake who eats a crocodile. The incredible incident took place on the shore of the lake Moondarra, in the north region of Queensland. 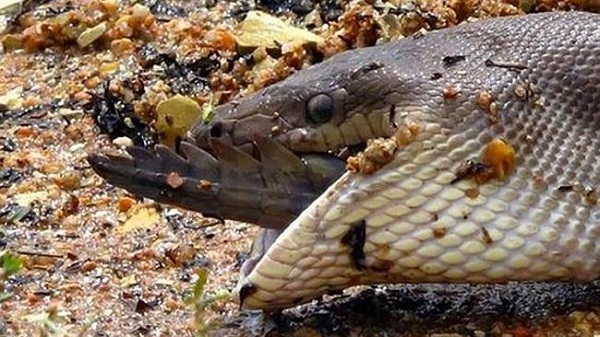 The intriguing fact is that the region is a place where the locals come very often to swim in the lake. 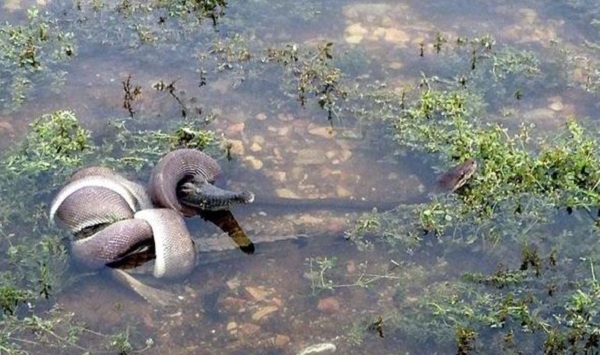 After the crocodile dies through suffocation, the snake is dragging it to the shore. There, it unwraps and begins to eat the crocodile starting with the head.

The witnesses claim that the entire battle was incredible, but more incredible was the ability of the snake to eat such a large reptile. 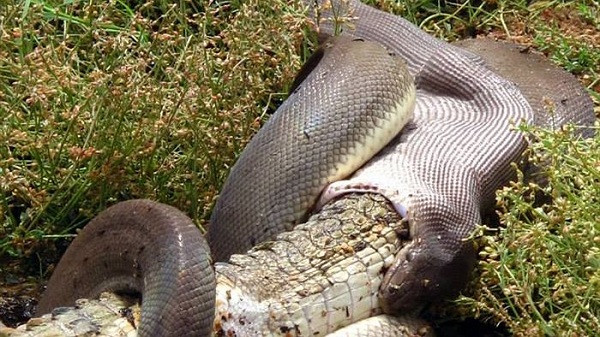 How is this possible?

You might think that the snake dislocates its mandible to eat such a large animal, but it doesn’t. The truth is the two jaws are independent one of another. They are jointed by an elastic ligament, and not by a rigid symphysis. This allows it to eat animals larger in size such as antelopes, cats, pigs, other snakes or crocodiles.

If a snake of this size can eat a crocodile, we wonder what could eat

the biggest snake in the world

The largest snakes captured in 2016 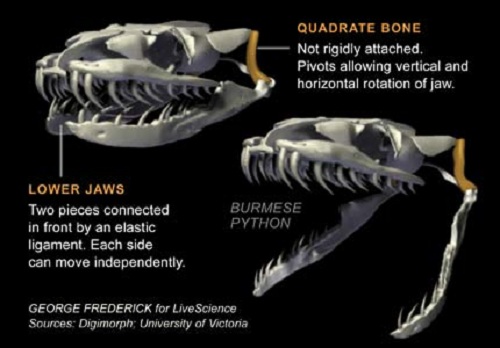 The snake ate the entire crocodile in about 15 minutes. It is also said that the snake can sense when the heartbeat of the victim stops. This way, the snake will cease to strangulate the animal and consume energy with no use.

Below you can watch the video of the amazing battle:

And if you believe that this crocodile has been very unlucky, you should read about the next story.

Alligator eaten by an Otter

It might sound weird that a cute and lovely animal as an otter could be such a ferocious predator. However, it is true. The following images will prove that the otters are strong mammals. 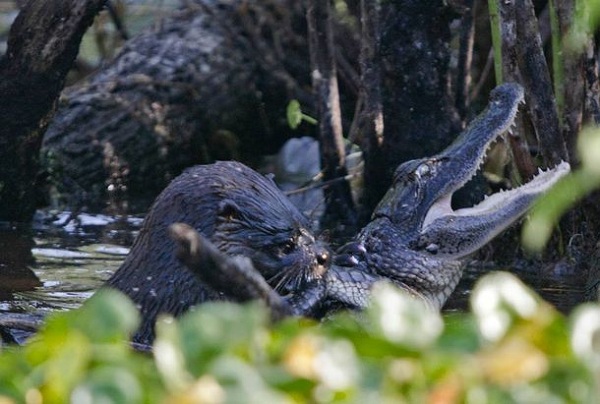 Usually, otters feed with fish and crustaceans, but also with reptiles and amphibians. Most of the times, the otters are the apex predators in the freshwater habitats where they live. 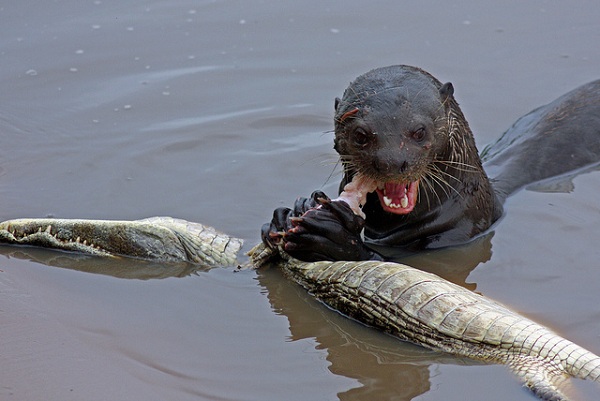 Now, let’s go back to our star, the hungry snake.

Read below about other cases, when a snake eats more than enough:

Another similar case is from 2012, when the locals from a region in Brazil have seen a giant snake regurgitating an entire cow in a lake. In the video, you can see that the mammal is completely undigested.

Below you can watch the video of this amazing story:

2. Deer as the last Dinner

The inhabitants from the region Everglades, Florida, were stunned to find an entire deer in the stomach of a giant snake. The Burmese python of only 16 feet was able to eat 76 pound deer.

The authorities from Florida state that they killed the reptile in the effort of stopping the spread of such dangerous creatures. 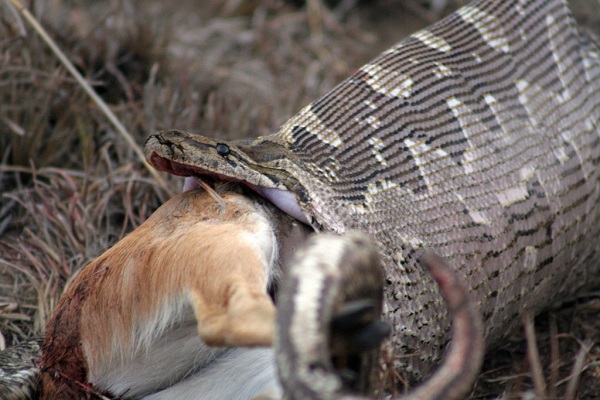 If these snakes that kill by strangulation are not scaring you, what do you say about

the most venomous snakes in the world?

Written with love and coolness by karrinah on March 4, 2014 in Amazing Stuff How do you rate this article?