Some people are born to be courageous and most of them are passionate about extreme sports. There is no doubt that any of us wondered at least once how it would be to climb on the top of the world, but how many have the fearlessness to do it?

As you are going to see in this article, fearless people are going crazy when it comes to their passion! Some of them go for extreme bungee-jumpings or swimming with sharks, others have climbed the Everest or walked on a rope above the Gran Canion, howsoever, most of us are not brave enough for such intense feelings.

Below, I’m going to present you 5 of the most courageous and fearless people who climbed the tallest buildings in the world! I’m sure that some of you really enjoyed watching the spider-man cartoons or movies, but what about seeing him climbing buildings in real life? You’ll be impressed by the list below, so check it out!

Alain Robert aka ‘the French Spider-Man’

Alain Robert, 54 years old, is a French urban climber also known as ‘ the French Spider-Man’ or ‘Human Spider’, who became famous over the years for his free solo climbings on skyscrapers using no equipment except for a small bag of chalk and a pair of climbing shoes. Crazy, huh?! 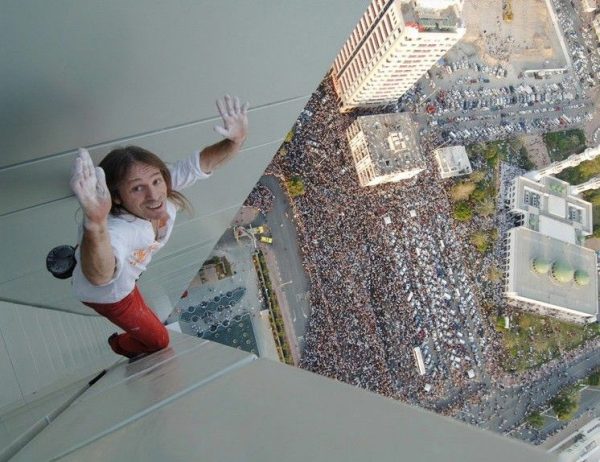 He started climbing when he was very young and over years he got arrested or fined numerous times for trying to accomplish his crazy wish… to climb on the top of the world, using just his hands!

Not only that he became famous for climbing the tallest buildings and skyscrapers in the world, but also for his unique style! His rock-climbing physical training and technique allow him to climb using the small protrusions of building walls and windows (such as window ledges and frames). Robert has climbed more than 70 skyscrapers, including the Empire State Building, Chicago’s Willis Tower, and the Petronas Towers in Kuala Lumpur.

Check out some of the tallest buildings in the world that Alain Robert scaled! Truly impressive! 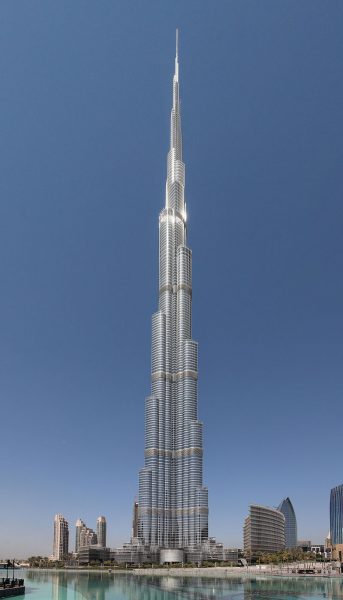 This is the highest building in the world ( 828 meters) when Alain Robert scaled it from bottom to the top, on 28 March 2011. This time, he used a safety harness, but the experience is both crazy and spectacular! The video went viral, of course, and, luckily, he didn’t get arrested, because it was legally organized. 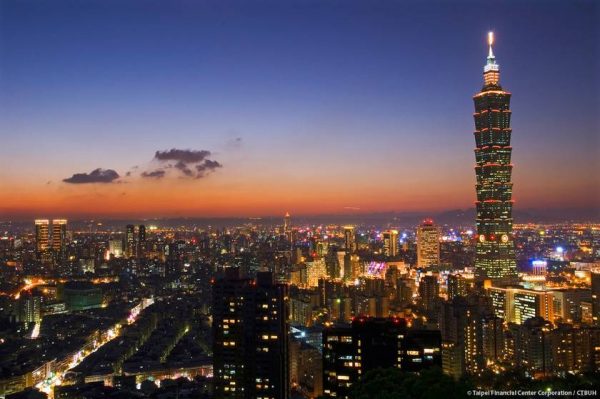 In 2004, Alain Robert climbed Taipei 101 building in Taiwan, which means no less than 508 meters. The climbing was part of the building opening event and was overwhelming!

By that time, Taipei 101 was the tallest building in the world and, well… Alain free-scaled it with no special equipment, but only using a safety rope! This guy is insanely courageous! Check out this crazy photograph! 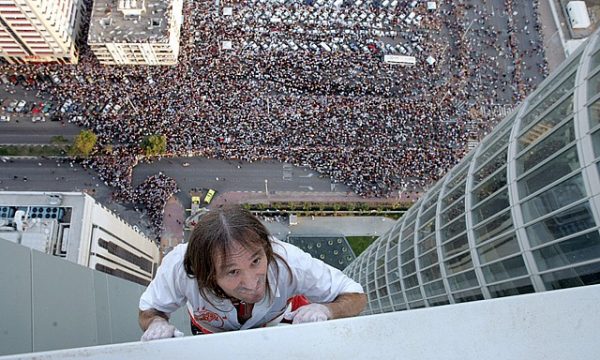 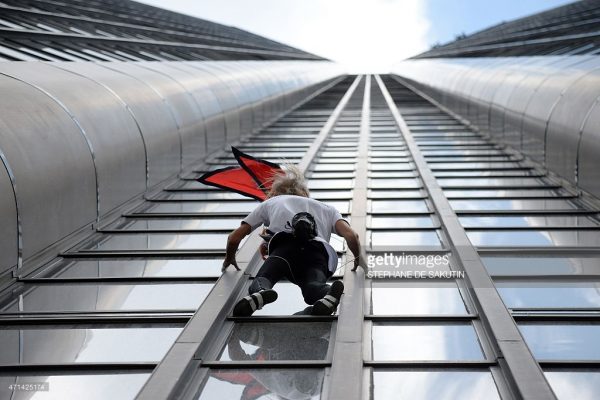 Robert firstly scaled the Petronas Towers  on 20 March 1997 when he got arrested at the 60th floor, on 20 March 2007 he came back but also got arrested, and finally on 1 September 2009 he managed to get to the top of the building! This is what I call perseverance and not giving up on your dreams!

The building scaling took over 2 hours, but this time he climbed using his bare hands and reached the top very fast as no security personnel noticed or stopped him. In 2004, after reaching his goal ( climbing Petronas Towers) he declared to the local media that his motivation and stubbornness made him fulfill this dream!

After 12 years he came back, and here you have the 452 meters Petronas Towers Alain Robert’s climbing! 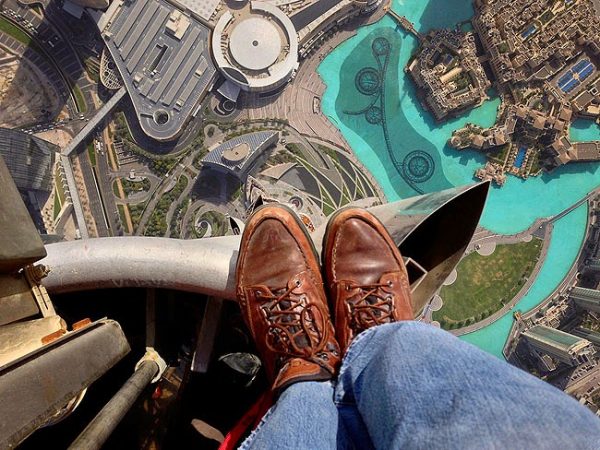 Alain Robert is not the only one who climbed Burj Khalifa.

Joe McNally is a photographer who is constantly looking for unusual areas to express himself and his experiences on film. In the summer of 2013, he climbed Burj Kalifa too.

The great news for other photography lovers is that, even if Joe McNally has beaten them and reached the top of the highest artificial structure measuring a whopping 2,700 feet. Joe will be prepared to climb to its rooftop and ready to share all his climbing experiences with the viewers and capture the structure’s amazing secrets. Of course, we should say again that Alain Robert was the first climber to try his luck on skyscrapers built in the Arab countries. 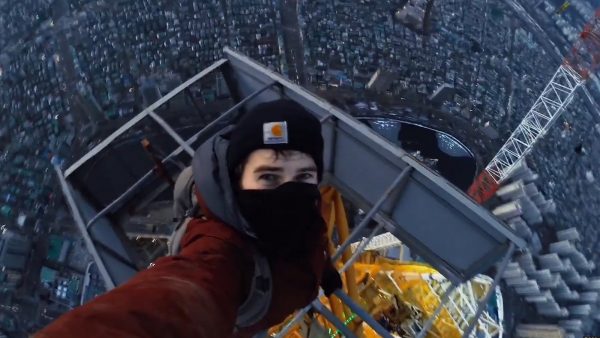 Two fearless daredevils fooled the building security and climbed all the way up to the top of one of the highest buildings in South Korea (555 meters). These two guys are known for their crazy escapades – what they do is actually illegal, but, if you check out their breath-taking videos or photographs, you would agree on making a law exception…

They come from Russia and Ukraine, but due to the crazy illegal stuff they do, both started to use pseudonyms: Vitaliy Raskalov and Vadim Makhorov. Check out their cool video from the top of the Lotte World Tower!

Oh, have I told you that they climbed the building with their bare hands? Well, yeah! How crazy is that!? 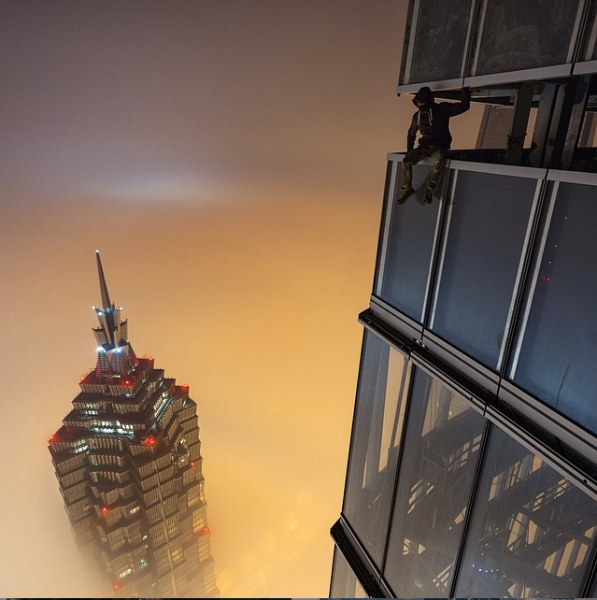 Vitaliy Raskalov and Vadim Makhorov are crazy about climbing the tallest buildings in the world! They came from Russia and Ukraine as I said above, and become super popular on Instagram for snapping breathtaking photos from the top of the world.

They scaled buildings and bridges all around the world without safety ropes or harnesses! Crazy, right? Moreover, what they do is illegal in some countries, so they use pseudonyms.

The tallest building they climbed is the 2,132-foot-high (649 meters) Shanghai Tower from China. In order to avoid security guards, they slept for 12 hours in the Tower and climbed it on Chinese New Year. Their video went viral, and when the Chinese authorities saw it, Vitaliy and Vadim were banned from entering the country again.

Here you can see the crazy video they made on the top of the Shanghai Tower!

The Marina 101 in Dubai free-climbing 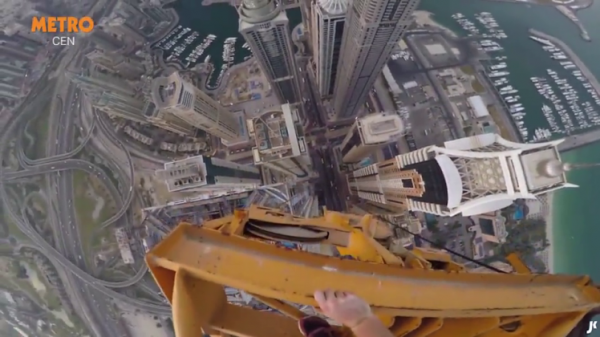 James Kingston is a British guy who dared to free-climb one of the tallest buildings in the world, the Marina 101 from Dubai. The official height of the building is 450 meters which make this climbing, one of the craziest building free-scale in the world!

His climbing was obviously illegal… and dangerous! James said that it was the warmest and driest building he had ever climbed and he only had a small bottle of water.’ His video also went viral, as you can guess… It’s insanely cool and my palms are already sweaty… check it out! 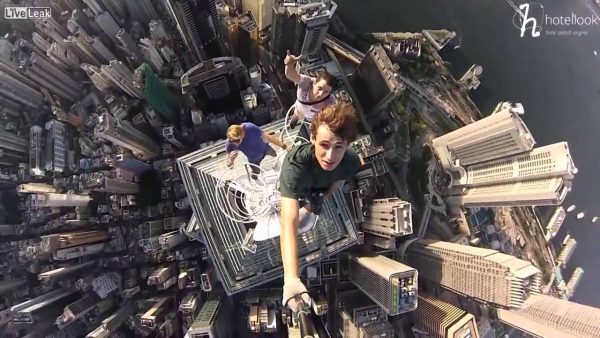 A super crazy Russian group had this insane idea to climb on one of the highest buildings in Hong Kong and take a breath-taking selfie! At the risk of their lives, they free-climbed on the building to the top of it, that means no less than 346m !

I don’t know about you guys, but I’m the kind of person who becomes really nervous only by seeing this fearless acts! The video they made it’s unbelievably crazy and you’ll definitely love it!

Those 6 super cool people who climbed the tallest buildings in the world are the best example that everything is possible if you have courage, desire, and motivation!

Feeling bored with your friends? Go take a crazy selfie on the top of the world! Or maybe you have your own way of extreme fun, except scaling skyscraper, so let us know about it! You may go viral for the crazy stuff you do!

Written with love and coolness by Anamaria Nichita on April 18, 2017 in Amazing Stuff How do you rate this article?