The Coolest Exosuit Yet! It Gives You Real Super Powers, and It’s Very Easy

The lightest exosuit has been invented, and it will give you super powers to lift very heavy objects, and many more. This soft robotic exoskeleton can be put on like a pair of pants and it only weighs 7.5 kilograms. Interested to find out more about the coolest real-life superman suit? Have a look right here.

Are you thinking what we’re thinking? Exosuit kinda reminds us of the infamous Tony Stark and IronMan, doesn’t it? Well, Conor Walsh, a robotics researcher at Harvard University’s Wyss Institute has developed and constructed a suit which gives paralyzed people a lot of hope. 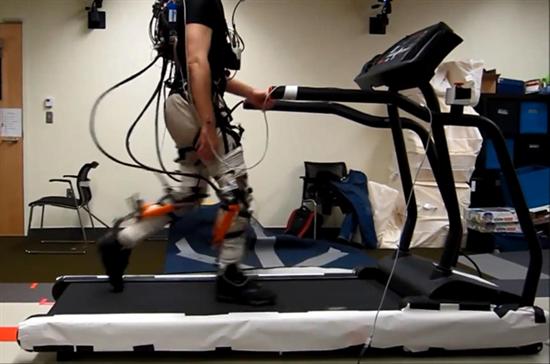 You may remember that a sort of IronMan suit was developed in the form of exoskeletons, which assisted the person who wore it, while lifting heavy things, or which helped the user do a gazillion push-ups (I may be slightly over exaggerating). Anyhow, those exoskeletons were extremely heavy. Well, this new and improved version, called an exosuit, is destined to work as an enhancer of the possibilities of the person who wears it. 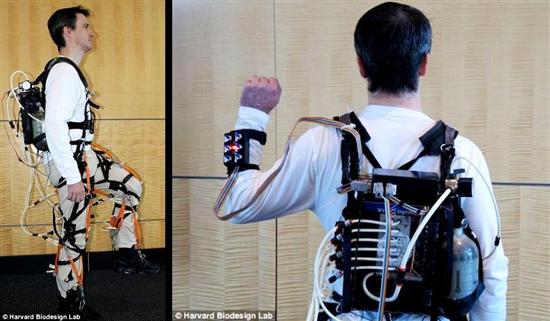 This new and improved soft suit is significantly lighter , weighing just 7.5 kilograms (without taking into account the air supply that drives the artificial “muscles”). Another difference between the exoskeletons and the Exo suit is the fact that, the exosuit depends on the preexisting movement of the legs, but it inflicts extra super power at the just right moment, enhancing the movement. 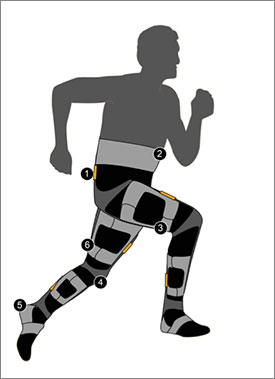 The exosuit is so light and easy to use, that you can basically put it on as you would a normal pair of trousers, and go about ding your normal business. Would you wear such a suit? Have a look below to see how it works.

Maybe with this awesome suit, we can be a match for the latest robots?

Written with love and coolness by crissa on June 29, 2013 in Cool Stuff How do you rate this article?