A detailed list of the Most Bizarre 4 Eyed Sea Creatures in the world. Yep, animals with 4 eyes that are really weird and interesting!

The following 4-eyed creatures are halved by time – two of them are already extinct, but the other two are still alive and kicking… or swimming, really. We’ve also found one that looks like it has 4 eyes, but… well, don’t you want to find out what those deceiving eyes really stand for? Read on… 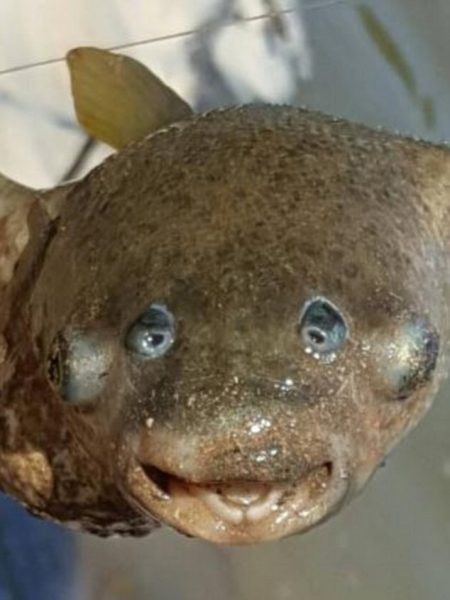 Citing the Vision Council of America, states that worldwide, about 64% of people wear eyeglasses. I’m sure that over half of them are made fun of and called “4 eyed creatures”. Yes, shame on us! And thank God, we’ve grown up to discover the truly amazing and unbelievable 4 eyed creatures! We’ve found 4 such sea animals and will present them further on.

Though looks don’t quite serve them to run for the world’s most attractive creatures, what’s brilliant about them is that they’re related. It seems that the extinct species are actually the ancient parents of crabs, spiders, and scorpions. (NO, not the band!)

Are you ready? Here they are:

According to Encyclopaedia Britannica, contemporary four-eyed fish are either of two species of the Anableps genus. 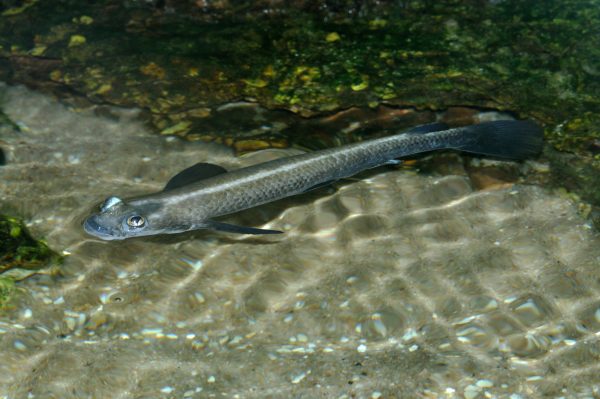 They can also be aquarium raised and bread.

They’re tropical American river fishes, surface dwellers equipped with eyes for both above and below water surface sight. And, as cute as they might be, they’re still predators. So, keep out! 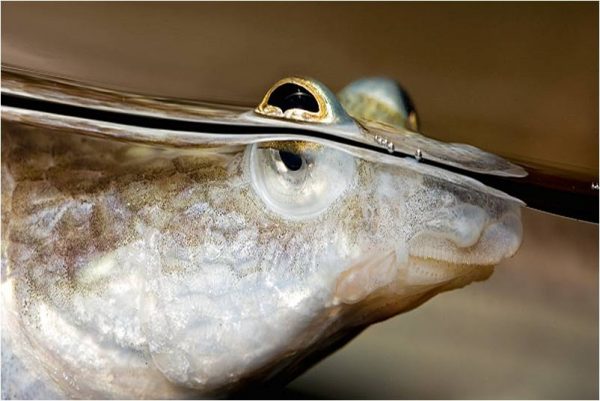 But the amazing creatures we’re talking about next are not your traditional fishes. On the absolute contrary.

This recently discovered beauty was found near Australia, in Northen Territory, by a fisherman. NT News notes that it’s already been identified by the NT Government Fisheries Department as a puffer fish of the tetradontid family.

Though it might look as if it had 4 eyes, the ones on top are actually nostrils, whereas the side eyes are the ones used for vision.

The Rhynchohyalus was first discovered in 1924 and lives deep into the Tasman Sea, near New Zealand. You can also find this beauty in the Eastern and Western Atlantic Ocean. 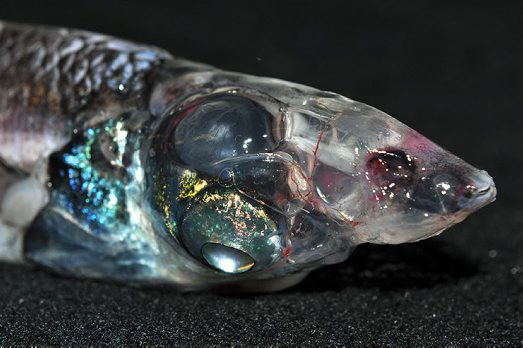 It swims at between 800 and 1000 m deep. To have a broader view, 500 is the deepest that blue whales can dive and 1000 m depth is how far sunlight reaches. So, stronger vision makes clear sense now, doesn’t it? Well, don’t be quick to judge, for this bizarre fish has 360-view to keep safe from possible predators. 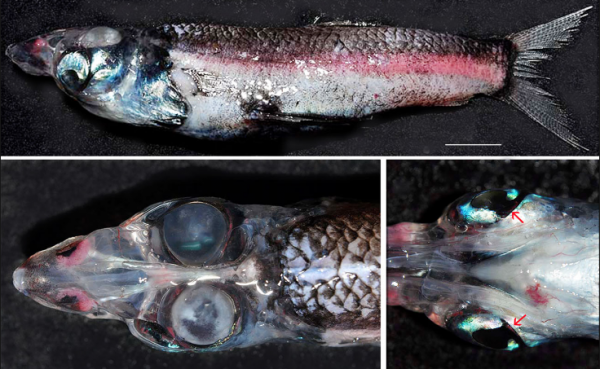 It possesses 2 cylindrical eyes on top, which are primarily used; and the other pair is on the side of its head, giving him peripheral and below vision. Their eyes are usually only found in invertebrates, such as crustaceans or mollusks.

It’s about 7 inches long, which means 18 cm. That’s almost as long as your forearm.

It’s a fossilized arthropod. According to Wikipedia arthropods are invertebrate animals with a segmented body and jointed appendages. Their larger groups include insects, arachnids, myriapods, and crustaceans. 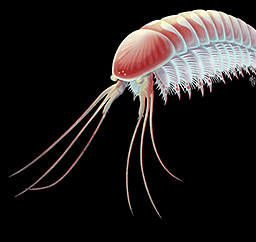 Put this digitized alalcomenaeu next to a myriapod… Brothers – isn’t it?!

This guy here, though, it’s supposed to have lived some 520 million years ago, in the PreCambrian age. The Cambrian age was quite important in our evolution, marking the  pass from simple, unicellular, small organisms to the complex, multicellular ones. Sedimentary deposits from that time are very interesting and quite unique in their capacity to preserve organisms. Because of that, we have a lot of proof beautifully conserved over time from that specific era.

You’ll notice that both of our extinct 4-eyed creatures are from that time. 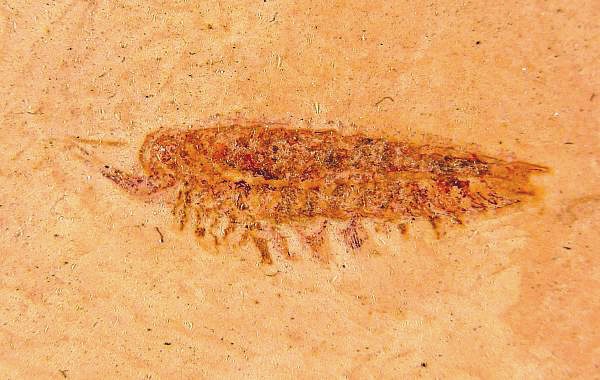 The Alalcomenaeu was found in Southwest China and was a little over an inch long. In European metrics, that’s a bit over 3 cm. Basically, it’s a bit longer than your thumb’s top knuckle. Imagine that! 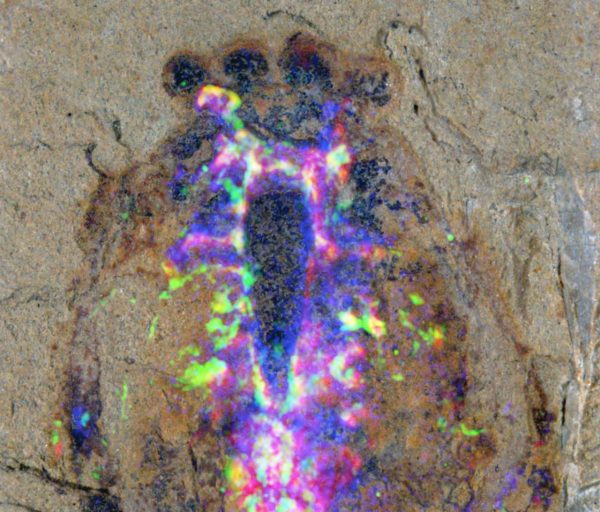 The head’s region… A close-up…

It had 12 pairs of limbs for swimming… or crawling. As mentioned a bit above, its claws and fangs are similar to those of today’s spiders and scorpions. That, together with some other nervous system similarities suggest ancestry.

1 2
Written with love and coolness by Wady Bwug on August 29, 2016 in Weird Stuff How do you rate this article?