It was also an arthropod, only it was part of another group than the Alalcomenaeu. 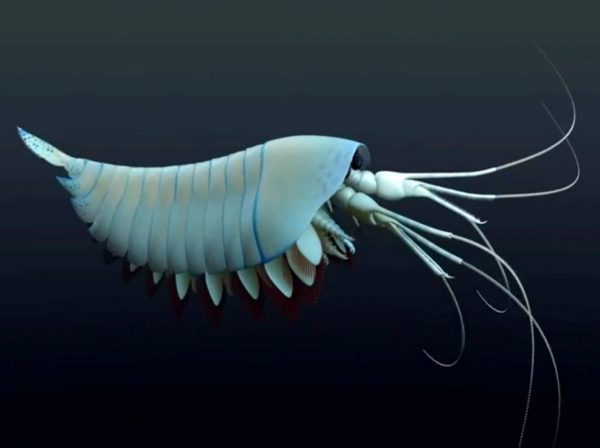 Isn’t it an absolute cutie?

It’s supposed to have lived about 508 million years ago, in the actual Cambrian era. 12 million years – not such a big difference, is it, now?!

As we already pointed out, the Cambrian era announced larger beings, so the Yawunik’s length supports this. It was about 6 inches long. That’s approximately 15 cm, which means it was close to the length of a 1$ bill (6.14 inches). 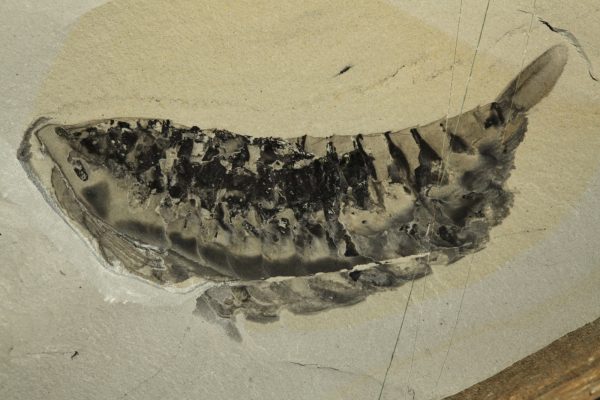 The Yawunik Kootenayi was sort of a lobster with 6 claws and 2 pairs of eyes. Scientists have found it in 2012 in the Marble Canyon in Canada’s National Park and named it after that region.

Here’s your digitized reconstruction of how it looked:

As a predator, it’s considered to have had quite a high rank on the food chain. Hence, the necessity or explanation for its 4 eyes. Judging by the age and the similarities with chelicerates (spiders, horseshoe, crabs, and scorpions), one might assume it’s Alalcomenaeu’s direct descendent.

This has been our carefully picked 4 eyes sea creatures selection. Now, don’t be shy and tell us what you think of it. Which one did you like the most? Or do 4 eyes fish just repel you – indifferent of how cute they might be?

Whichever the case, no biggie, let us know, tell us what you want to see next and we’ll take care of it as fast as you say… “GO FISH!”

1 2
Written with love and coolness by Wady Bwug on August 29, 2016 in Weird Stuff How do you rate this article?