Some of the following 10 examples are inspired by the events that happened in the 2014 and some are more traditional themes. Take a look at the following tips that will give you a better idea of what it would make your house spookier. Since we think about costumes and jack-o-lanterns, it’s only natural to make our environments offer a chilly atmosphere too.

We gathered some ideas that we hope will help you decorate your house in the most awesome and creepiest way, possible.

The spookiest house decor of the year is given by the recent news about the spreading of the virus Ebola around the world. We know this isn’t something to joke about, but since it’s something so scary, why not turning it into something useful for Halloween parties.

James Faulk from Dallas was the first one to think of this idea and the Ebola House decoration. He didn’t just put up quite believable proofs, but his decor looked quite authentic.  Since it was so authentic, people started to panic and believe that a bio-hazard happened in his house. 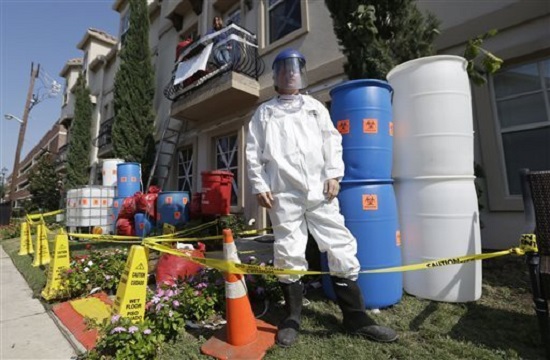 He simply placed barrels marked “biohazard”, yellow caution tape and put white tape in windows with the inscriptions “Quarantine”. These things made the people around to get scared since he placed the decor Sunday, but added the banned with “Happy Halloween” only the next week. 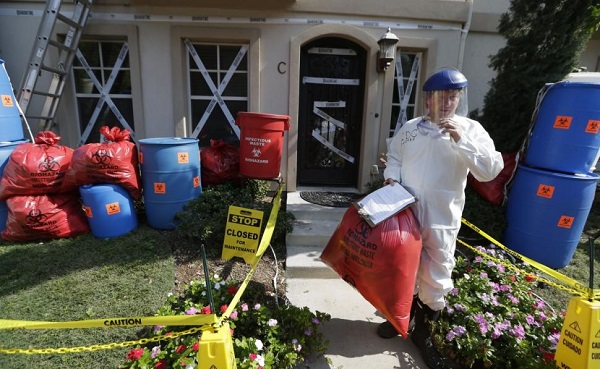 Below you can take a look at the video about this cool story:

You might be quite accustomed to the videos about the Halloween Light shows from the previous years. But we had many great hits this year, so it’s only normal to make them into such an amazing Halloween show. This year, the people who made a passion from turning their homes into light shows returned. They adopted cool songs such as “About that Bass”, “Bang Bang”, “Sail”, “Rude” and many more.

Check bellow the Halloween House Lights Shows videos we gathered for you:

All About That Bass by Meghan Trainor

If you believe that the lights show is outdated, and you need to put up a better and more awesome show for your house, you should try the Halloween House Projection show.

The projection can include images that are imitating the house layout and make it look spookier and creepier. Take a look at the following ideas of Halloween House Projection Shows.

1 2 3
Written with love and coolness by karrinah on October 28, 2014 in Cool Stuff How do you rate this article?