Bad luck or faith? When something wrong is going on in our lives, we usually blame “faith” or God, or anybody else except… ourselves. Well, we might say that sometimes we’re cursed, or have a bad day, but falling from a moving car is a serious thing!

This article will come up with some terrifying cases of people falling off moving cars, which will probably shock most of you (unless you’re crazy enough to like such!). This kind of terrible incidents shows you how important is to put your seat belt on and drive carefully! 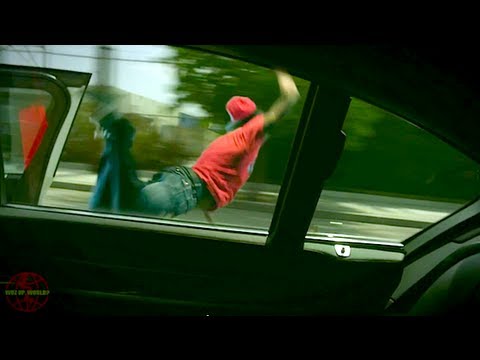 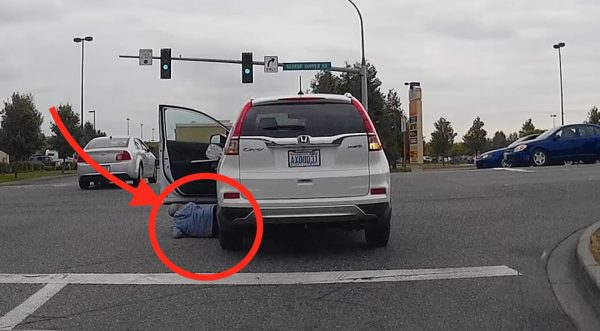 In August 2016, Burlington Washington, a woman from USA, has gone through an unforgettable incident when she felt from her moving car and dashcam captured the whole moment. In the footage below, you can see the woman’s car with the petrol cap opened, riding on the boulevard.

After few seconds, another driver pulls the car next to the white one, trying to tell the woman that her petrol cap was open. As she realized what the man was saying, the lady tried to get out of the car to close the cap but forgot to put the car in parking mode. Seconds after she opened the door, the car started to move, and the lady ran to get into her car. Losing her balance, she falls on the ground, as the car crushed her legs against the road! before it continues to travel across the intersection.

Toddler Falling from Moving Van on the Highway, China 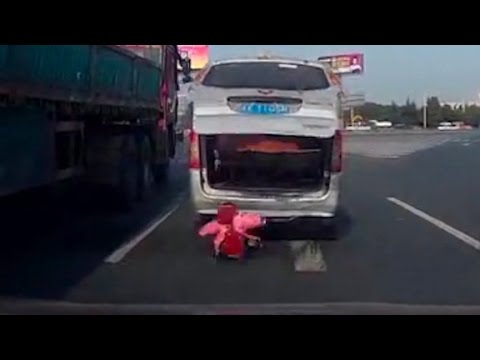 In March 2016, a dashcam recorded a footage with a toddler falling off the back of a van, landing in the middle of a busy highway in China. The terrible incident happened under the frightened sight of the drivers that caught the whole moment on camera.

The van driver didn’t even realize that the baby fell from the car, as he kept driving for about 500 meters. When he saw what happened, he turned around to take the baby from the middle of the highway.

Fortunately, the baby didn’t get hurt, but he surely got really scared!

Man falling from Moving Car in an intersection, Russia 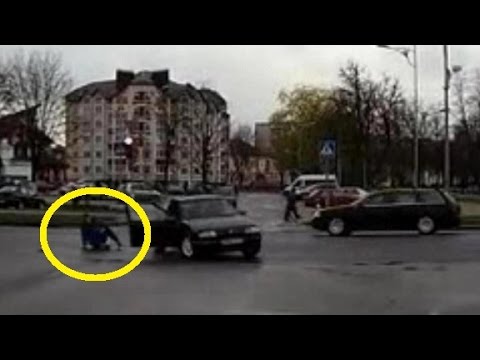 As you might know already, Russia is known all over the world for numerous crazy videos with different topics – but this time, things got really hard! In November 2015, a Russian guy fell off a moving car while veering in an intersection.

The whole moment was recorded with a dashcam, and you’ll see below how the incident happened. After crazy veering in an intersection, the man in the right fell from the car, as the driver managed to stop the car few meters away. Crazy Russians!

Teenage Falling from Moving Car in the neighbourhood 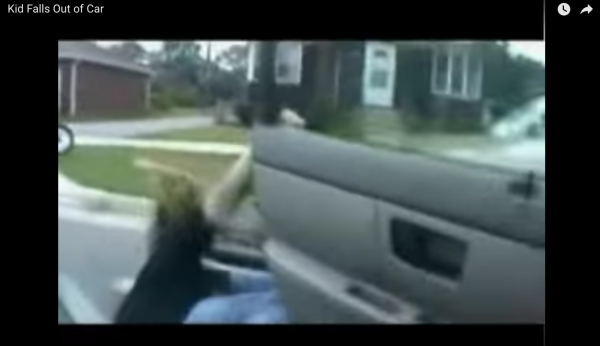 In August 2013, this incident became famous all over the internet! A group of teenagers was riding down in the neighborhood when a terrible incident happened. One of the teenagers, Mullet, tried to prank his friend and felt from the moving car.

In the footage below, you’ll see how Mullet opening the car’s door to prank his friend on the bike, but he fell from the moving car, smashing his face into a parked car. Fortunately, the kid survived, but he had shattered nose and shattered palette which held his top teeth in. Ouch! 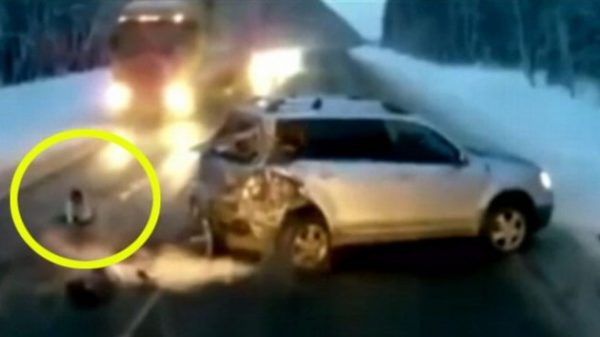 In January 2013, Moscow Russia, a dashcam captured a terrible incident. In the footage below you’ll see parent’s worst nightmare: a baby girl that was ejected from a vehicle in an accident was nearly run over by an oncoming vehicle!

The baby girl luckily survived, but she suffered injuries to her head and face. The is terrifying and shows the horrible moment when the car skid the road and hit a vehicle. The one-year-old girl was not strapped into a car seat, but rather sitting in the back window – so parents, please, make sure your children are safe in your car!

Kid Falling from Moving Car in the city, China 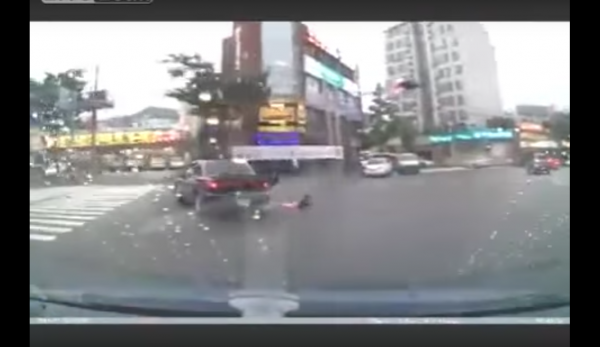 In June 2011, China, a driver recorded with his dashcam this terrible incident. A kid fell from a moving car in the middle of a junction, while his mother drove ahead another 200 meters. When she realized, quickly got down from the vehicle and pull the kid up, taking him back in the car.

Fortunately, the kid didn’t get hurt, but her mother should be more careful next time she allows her son to sit in the backseat without the safety belt on! Until the present day, numerous similar cases happened all over the country, and it seems like unconscious parents still do the same mistakes. 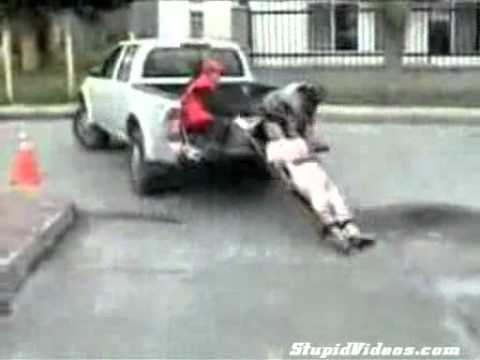 In January 2009, Venezuela, this guy got hurt during fixing his rooftop. Like this wasn’t enough for one day, the ambulance doctors didn’t tie him right to the car, as he felt from the moving truck!

In the footage below, you’ll see the man on the barrow being pulled up by the two doctors. After the truck leaves, the man falls from the moving car, followed by one of the doctors.

As you saw in this article, there are things that we can or cannot prevent in life. Such terrible incidents can be predicted only if we ensure that everybody is safe in the car, with seat belts on! There are many people who survived car accidents because of wearing seat belts and it really makes a difference!

Parents should be more careful when it comes to children’s safety in cars! The car seats which are specially made for children are obligatory if you want to keep your family safe! Bad luck or faith, it doesn’t matter when it comes to our lives and safety, so instead of leaving your safety in God’s hands, you’ll better be ready for any kind of extreme situation. Don’t do Carpe Diem, do Safety!

Written with love and coolness by Anamaria Nichita on July 19, 2017 in Amazing Stuff How do you rate this article?