Cool Dresses Which Light Up When Stared At

Eccentric designer Ying Gao has created two very cool dresses which light up when people stare at them. The inventions are called gaze-activated dresses and they are absolutely fantastic. See them both right here, don’t forget to stare! 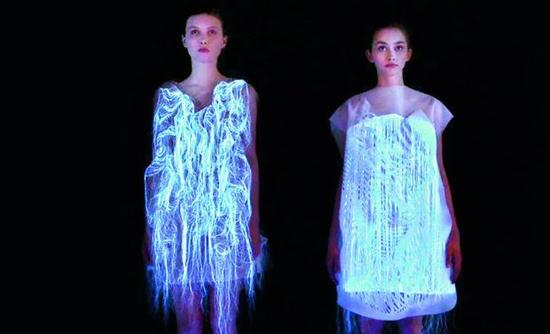 People say it’s not nice to stare, but let’s admit it, we all stare at someone that catches our eye. The thing is, we stare when we think they’re not looking. Well… designer Ying Gao is here to put an end to that. He created two awesomely cool dresses which light up when people stare at them. 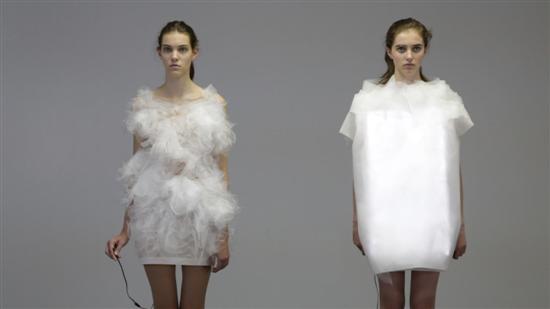 What sorcery is this you ask yourself? Well… it’s all pretty clever, but we assure you, it’s not witchcraft. The dresses are fully equipped with an eye-tracking system, which makes the dresses move when a spectator is staring, but which can also turn the lights off.

This state-of-the-art eye-tracking system is so cool, that when it establishes contact with a spectator, it sets dozens of little, tiny motors into motion. The motors are able to move parts of the dresses, hence creating mesmerizing patterns for our visual delight. 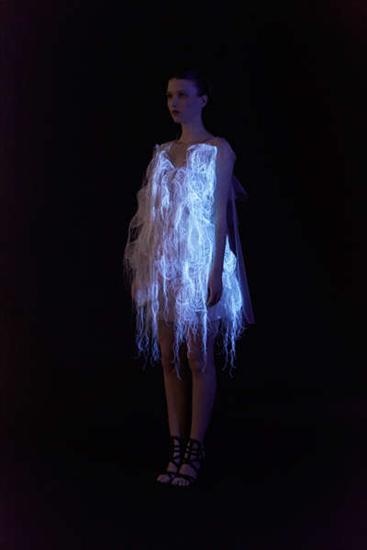 One of the dresses was covered in shreds of photo-luminescent thread that flaunt from the fabric. The second dress has glow-in-the-dark threads situated on a base layer, while the outer layer has loose ribbons. The two dresses are reunited under the project code-name of (No)where (Now)here: Two Gaze-activated Dresses, and they will be exposed in contemporary art museums in Japan and Canada. 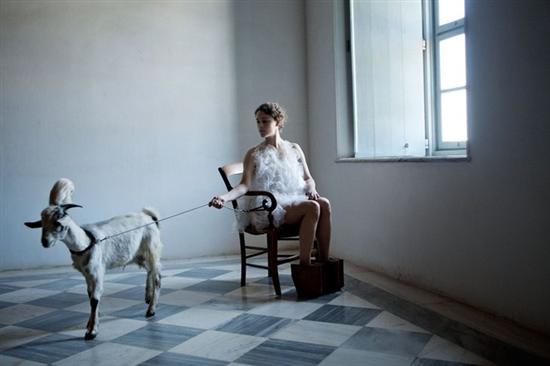 If you can not see them live, have a look at them in the video after the pictures. 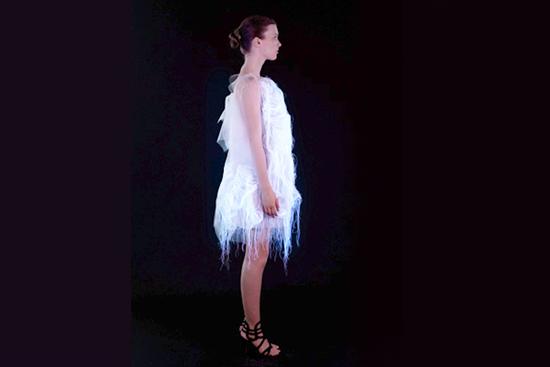 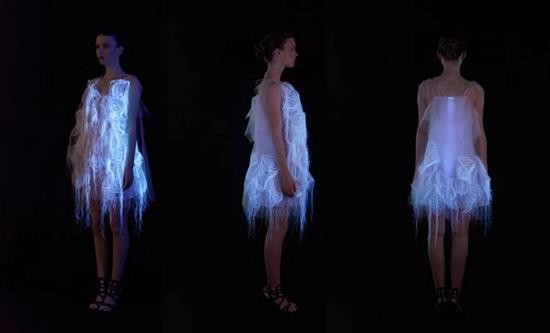 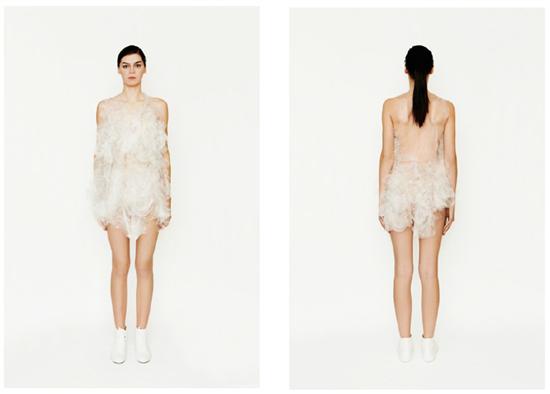 Written with love and coolness by crissa on June 30, 2013 in Cool Stuff How do you rate this article?