10 extreme cases of people and objects who were struck by lightning and caught live on camera! Candid footage and photos.

Extreme moments, such as being struck by lightning, happens and there’s nothing we humans can do… we can’t control the power of nature (yet), neither predict cataclysms or accidents. There are numerous cases around the world of people who survived an extreme lightning incident and shared their incredible stories.

There’s a one in 10,000 chance you will get struck by lightning in your lifetime, and probably one in 1,000,000 to catch it all on video! As you are going to see in this article (and I warn you that it will not be nice at all), is going to be terrible, people do get struck by lightening all around the world and they do catch the whole moment on camera! What are the chances, right? Crazy!

You are going to see numerous cases of people getting struck by lightning, and while some of them, unfortunately, died, others survived the incident or even discovered some hidden talents! There are many cases of people who became professional pianists or painters even though they didn’t take classes, they were only hit by a lightning strike. 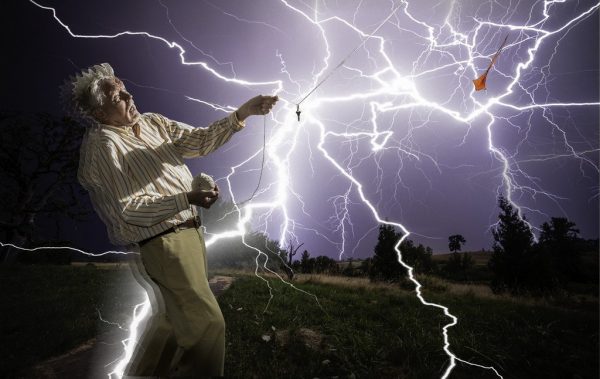 Thunderstorms are frequent all around the world and surely you have a better chance of being struck by lightning than winning the lottery. There are a lot of different factors that can help you understand why people do get struck by lightning, such as geographical location and climatology or personal lifestyle/hobbies.

The cases below will have an emotionally impact on you because are going to see a list with different cases of people or objects struck by lightning with videos that captured the whole moment! Check it out!

Taline Campos, girl struck by lightning on a beach in Brazil 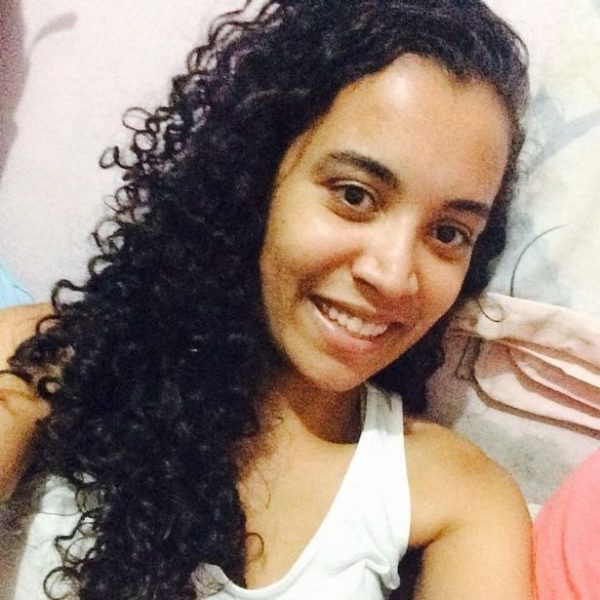 Taline Campos was walking down on Praia do Sonho beach, São Paulo, on a stormy Sunday afternoon in January this year. Nobody expected to what was going to happen… The terrifying footage shows Taline get struck by lightning while she was taking a walk on the beach.

An onlooker was filming the storm when he accidentally caught on camera the horrible moment! In the footage, you can see the woman collapsing on the beach after being struck by lightning straight in the head, causing a cardiac arrest, and leaving her in a critical condition! She was taken to hospital, but her condition is not known by the authorities of Sao Paulo. 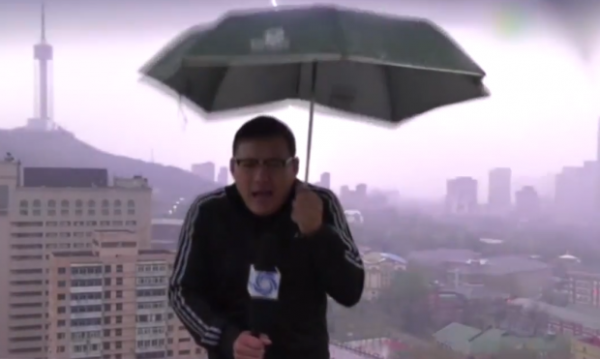 Last month, the TV weather presenter Liu Xiaodong was live broadcasting in Dalian, northeast China during a rough storm. As you will see in the footage, Liu was sending information about the powerful storm outside, holding the microphone and the umbrella, when something terrible and unexpected happened – you guessed! the lightning got him!

While Liu was focusing on the camera, a flashing light appears in the background… Liu was struck by lightning, dropped his umbrella and stopped the recording. Luckily neither he or the cameraman were injured, but they were definitely frightened as hell. 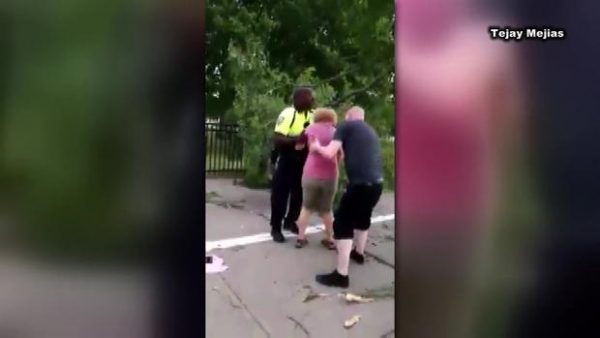 A couple experienced a very unpleasant situation in July 2016, while they were walking near Oak Street Beach in West Haven, USA. As from nowhere, a powerful storm came and the couple got caught in the rain.The man in his 50s and the woman in her mid-40s were trying to escape the storm when they got struck by lightning.

The footage below was captured by a surveillance camera showing the terrifying moment when the couple is put down by the lightning and almost smashed by a tree that fell behind them! Luckily they both survived! 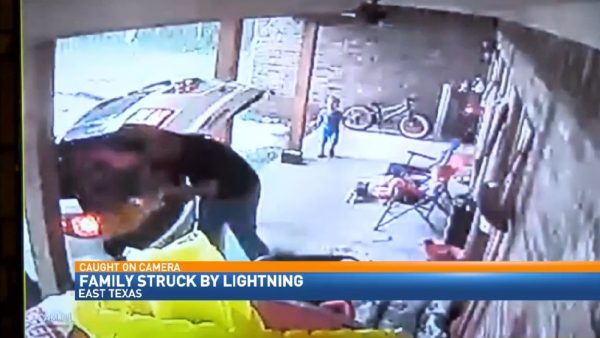 In August 2016, a family from Texas has gone through terrible moments after they got struck by lightning. The shocking footage was recorded by their surveillance and you’ll see how frightened they were.

In the footage is shown the three-member-family unloading groceries when suddenly the father is knocked out by the lightning strike. After the shocking impact, the man is dragged by his wife into the house while the child is crying. 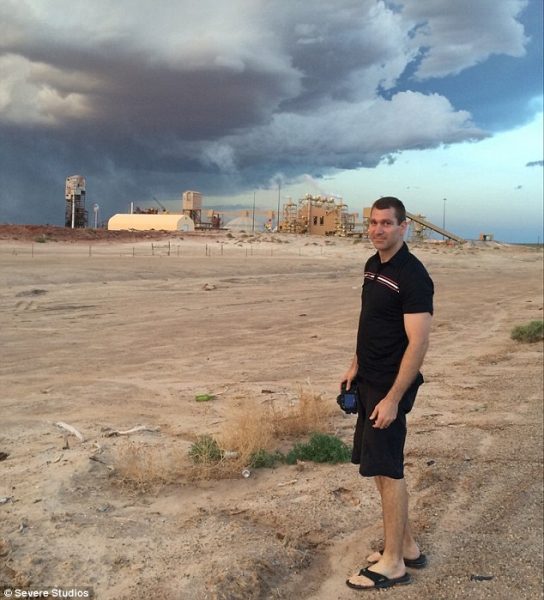 Scott Sheppard, 35, is a well-known storm chaser from the USA. He recently went through a terrible experience while he was doing what he loves the most! As he was chasing a storm in western South Dakota near Fairburn, USA, Scott stopped his car to record the electrical show in the sky.

The footage he recorded on 27 May 2014, shows a scene of eerie calm with a rainbow in the background seconds within the lightning stroke. Scott’s camera is seen pointing out to the sky and a cloud of smoke rising from the crater left in the ground. Fortunately, Scott didn’t get hurt but got a sore arm. 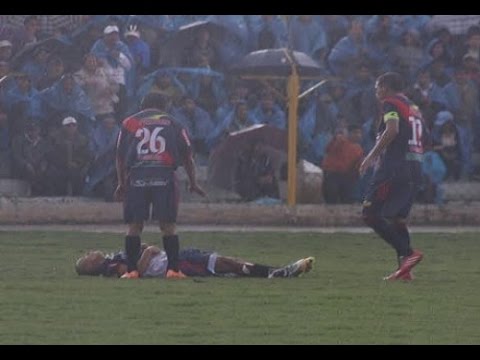 Peruvian footballer Joao Contreras saw the death with his own eyes in December 2014. He was playing for Sport Aguila team, in the Copa Peru, against Fuerza Minera, when the terrible incident happened. In the footage below, you’ll see Joao collapsing on the ground after being struck by lightning during the live match!

His team saw Joao laying unconscious on the ground as they tried to understand what happened. The deafening sound of the lightning strike scared everyone in on the pitch but Joao team carried him out from the pitch. An ambulance took him to the hospital, and mass media said taught he was dead, but fortunately, Joao condition improved and everything went right. 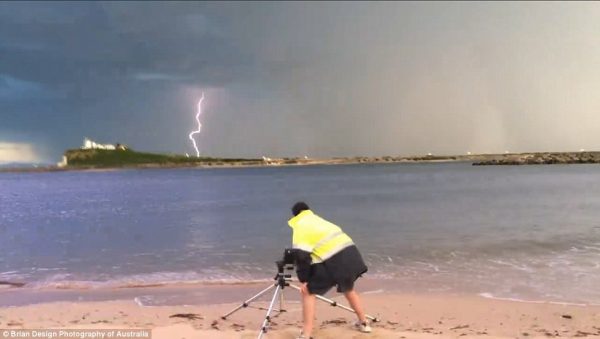 On November 30, 2014, Brian Skinner and his partner, Julia, were on a beach in Newcastle trying to catch on camera the beauty of o thunderstorm. Brian is an Australian photographer and he really enjoys exposing to dangers just for taking the perfect pic. But that was about to end.

In the footage below, you’ll see Brian’s excitement when he’s taking pictures of lightning strikes touching the see. Within seconds, he’s struck by lightning and runs frightened to Julia. Fortunately, he was not injured but surely went through a shocking experience. 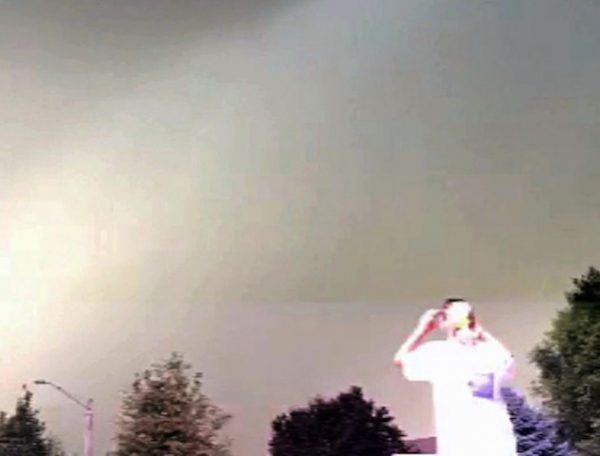 In September 2014, Stephanie Rey and her daughter Carolanne Weske were in their backyard trying to catch on camera the noisy thunderstorm! In the shocking footage below, you can see the mother, Stephanie holding her phone in her hands, trying to record the lightning bolts.

Carolanne was filming her mother when suddenly, a deafening sound and a bright light shocked them! Stephanie got struck by lightning, the phone flew from her hands, she screamed and became instantly confused and disorientated.

Canadian couple in pickup truck struck by lightning, in Alberta 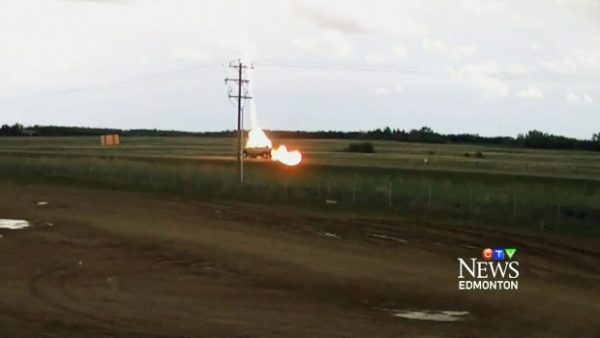 If you thought that a speeding car or a moving object can’t be struck by lightning, well.. you were wrong! In June 2014, a Canadian couple was driving a pickup truck on a rural highway outside Alberta during a thunderstorm. Al and Betty Perry didn’t expect to be struck by lightning, but the terrible event happened within seconds.

In the , you’ll see Al and Betty’s truck speeding on the highway when suddenly the car is on fire! A lightning bolt struck their car, which was immediately engulfed in flames. A passing police patrol helped them to escape the truck before asphyxiating and, luckily, the Perrys did not suffer any injuries.

In the end, let’s see an impressive case of a building struck by lightning 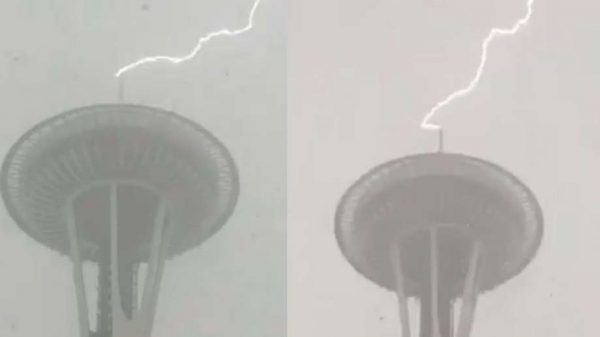 The power of nature is uncontrollable and can cause irreparable damages to us and our surroundings.

Pretty scary, huh?! As I said, we can’t handle everything that happens to us, but at least we can be informed and ready for extreme moments. There are thousands of cases around the world with people who survived a lightning strike but also thousands of deaths because of the same reason. I advise you to keep your eyes open and try to stay inside during thunderstorms… it’s safer this way!

Written with love and coolness by Anamaria Nichita on May 20, 2017 in Amazing Stuff How do you rate this article?