Awesome and Easy Last-Minute Halloween Costume Ideas (Season 2014) – Take a look at the following 15 fast cool ideas that will help you create a nice Halloween costume if you ran out of time to get or make one.

If you had another business to tackle with, and you didn’t have time to prepare a Halloween costume, we will help you make a trendy costume in a few minutes.

OK, so you’re out of ideas and you must go to the party now? Quickly now, check out the next tips and ideas!

If you want a nice costume, but also something with that goes well with the trends, the Ice-Bucket Challenge costume might be a good idea.

Many celebrities and people around the world accepted the challenge, and it soon became a trend instead of a charity campaign. All you need is a bucket, a see-through trash bag and some chips or peanuts. You should glue some peanuts on the trash bag and cut holes in it for hands and head.  Take a look at the following easy and cheap costume ideas. 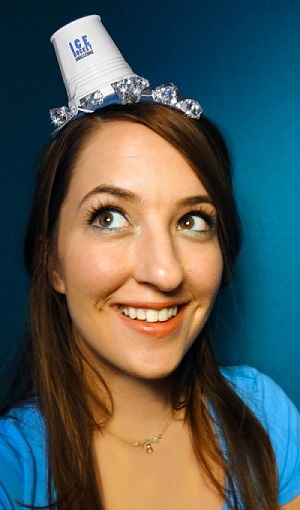 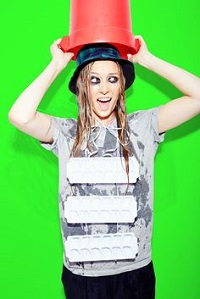 We all know what happened this year with the nude pics of thousands of celebrities. They got snatched from iCloud and published all over the internet.

This is a great idea for a costume. Just use some stuffing white material that resemble clouds, and stick on it some pictures of celebrities. Casually, let some of the photos fall as you move around. 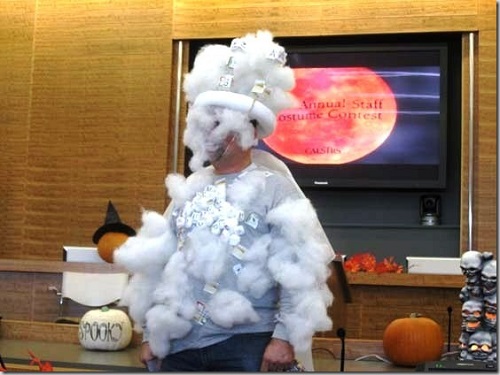 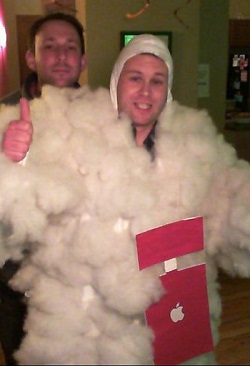 The Google Maps Halloween costume is relatively easy to create and is extremely cheap. You need some red cardboard, markers and yellow tape to stick on your clothes.

Simply cut the cardboard in the specific shape and write on them. You can also print some papers with street names and locations. 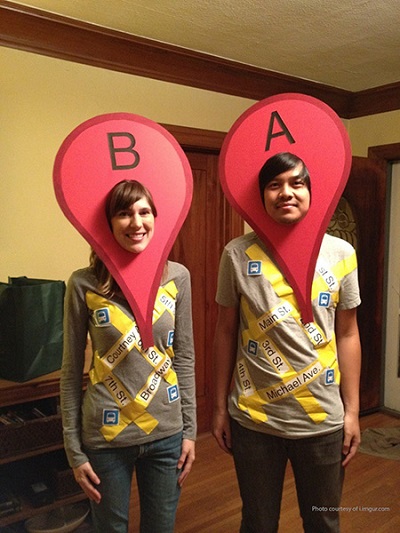 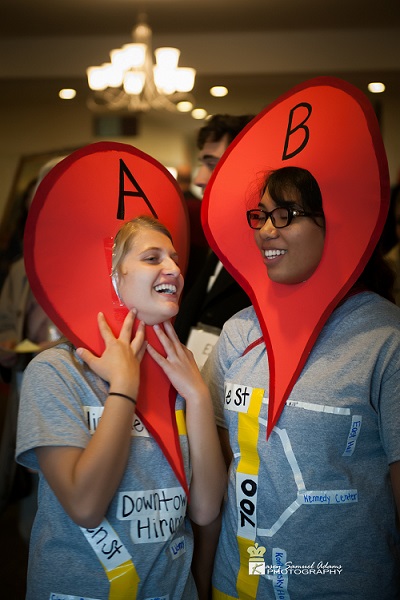 Sometimes, it’s better to dress in a more traditional costume. Otherwise people won’t understand what are you supposed to be. A cool and easy costume to create is the spider costume. You need a black or dark color pillow and 2 pairs of long dark-color socks. You can tie the pillow on your back. The socks need to be sewed on your blouse and cut with a thin thread to your arms.  You can also fill the socks with paper or various materials to make them seem bigger. A black backpack can be used instead of a pillow, so you don’t lose time with attaching the pillow to your clothes.

Take a look at the following photos of awesome spider costumes. 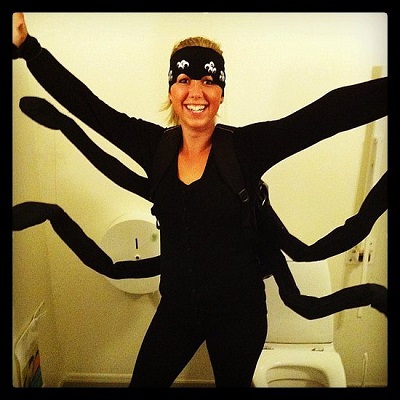 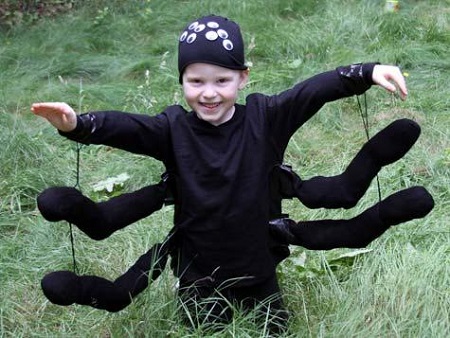 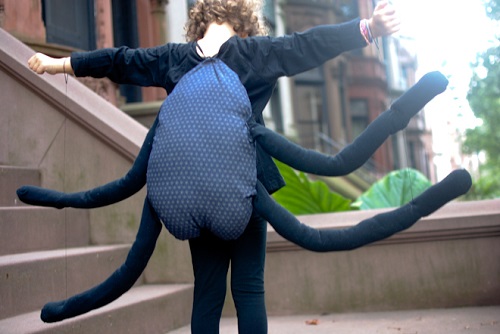 This one sounds weird at first, but when you understand the idea it’s pretty cool. To be a ceiling fan, you need to cheer for the fan. Pretty simple.

You need a t-shirt to stick the word “Ceiling” and some pom-poms or mop-heads. Easy, right? 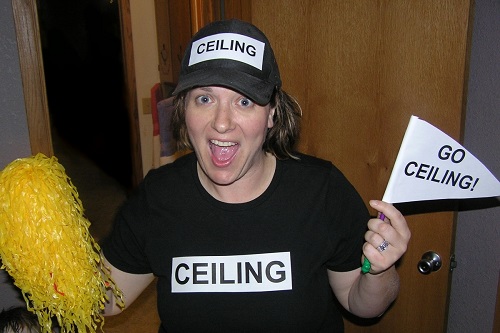 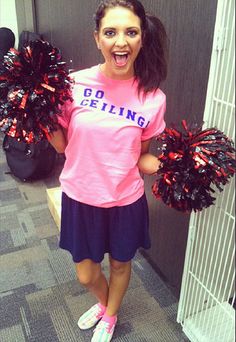 NEXT – Read about more cool ideas such as the Grapes costume or the Daft-Punk Costume.

1 2 3
Written with love and coolness by karrinah on October 31, 2014 in Cool Stuff How do you rate this article?