The 2016 list of the 20 most unusual and unique, but also weirdest, strangest Halloween costumes ideas for the oddest Halloween ever!

You will really stand out of the crowd with these costume ideas, which, honestly is pretty hard today! (or tonight, if it’s Halloween day already…).

No inspiration for a new unusual but strange enough Halloween costume?!

I know! Well, let me tell you that Halloween is about being funny but unique, scary and even creepy, weird aaand even sexy! (tho it’s not the case here)  so, I picked up a few guys and girls that had no idea about how ridiculous they looked (!), until they found themselves on the internet with the ”WEIRD” tag.

Let’s have a look and be amazed by a list with the weirdest unusual (and I really mean it!) Halloween Costumes ever (well, maybe until next year… but still!) 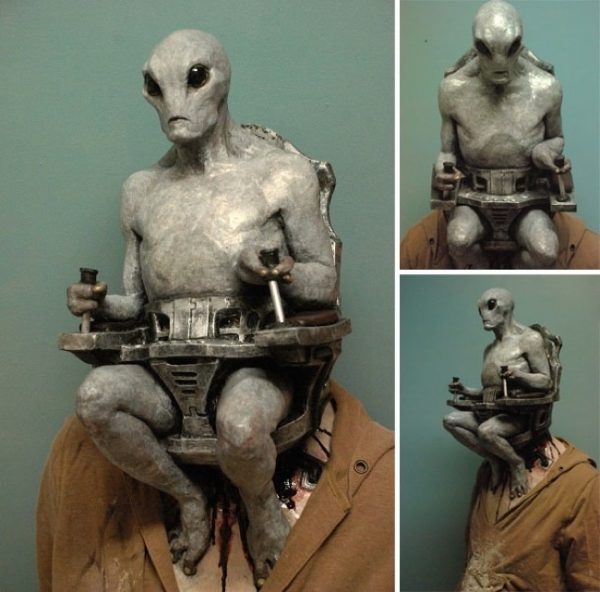 This guy is creepy! How did he do that? That alien looks so real and it kinda makes you wanna skip giving him candies…Mate, you got some WEIRD ideas about Halloween! 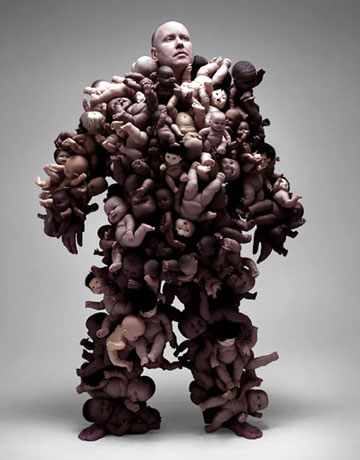 This guy probably will send you some chills down on your spine! This type of costume is certainly SCARY for kids, ODD for us, and an AWESOME invention for him! 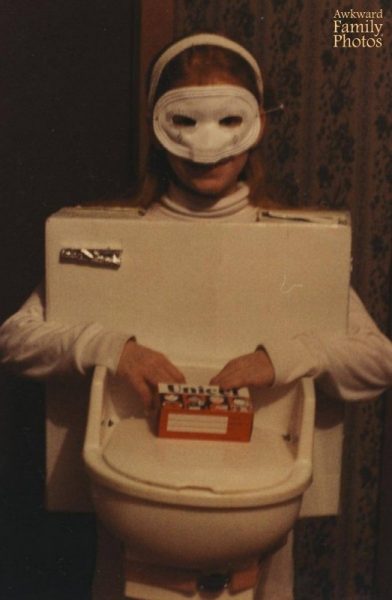 I think the parents of this girl are in the mood for having fun of their daughter! Who would dress his child in a toilet? Haha, this is hilarious… and peculiar! 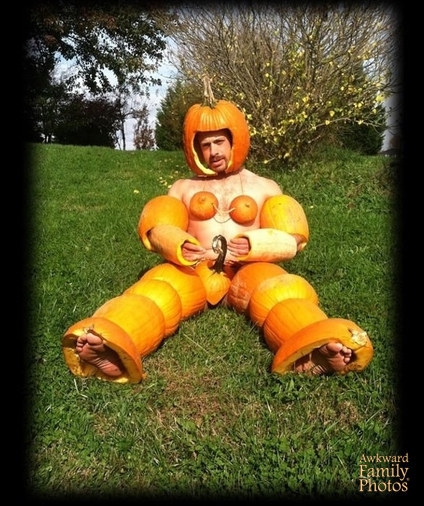 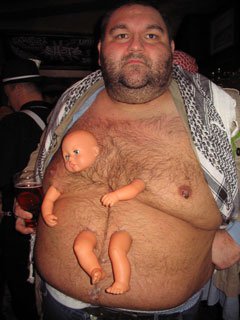 Ugh, who would have taught that a man can carry a baby like that? I will give him some candies for the interesting idea he had… 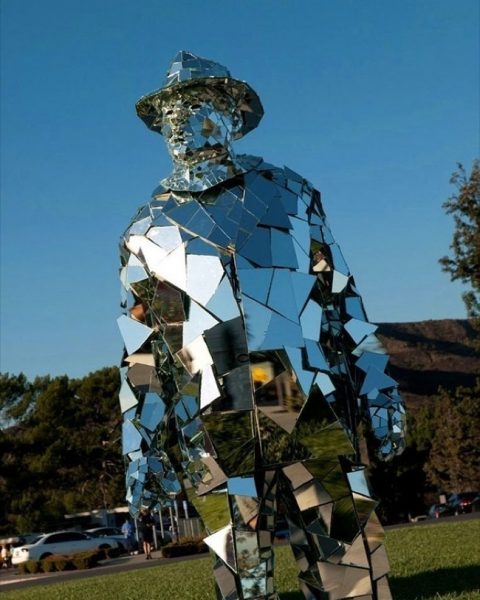 Woow, this is some weird art stuff! A guy covered in mirrors? Is anyone feeling fancy for Halloween? Go see this dude! Pretty really sharp, and I guess this idea will bring him a lot of joy and… pretty girls checking their hairstyle? I see what you did here… 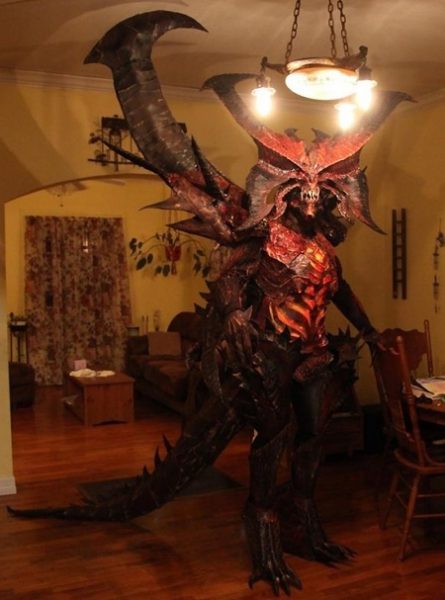 This guy is a combination between Jurassic Park and Alien vs. Predator. I imagine he loves Halloween so much, if he bought (or blackmailed his wife to do) such a „nice” costume…

8. Man with chopped off Body 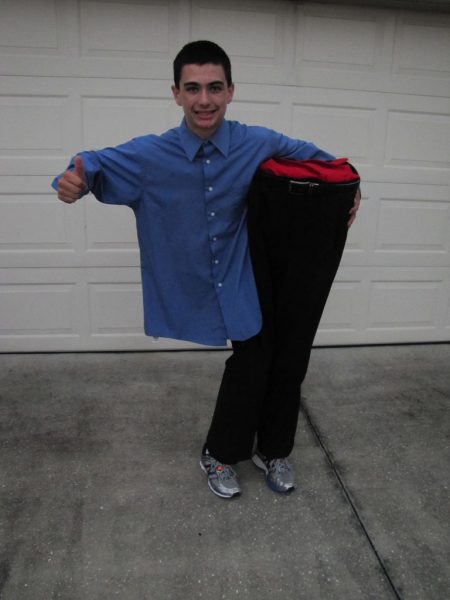 Is this even possible?! Look how happy he is for this strange idea he had and for the candies he will eat… but not poop, of course! Holding the trunk of your body in your hands… well that’s what I call free legs! This is the kind of costume that will scare the hell out of people on Halloween! 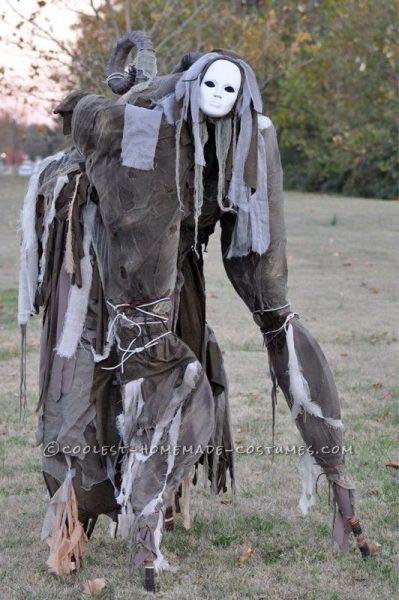 It is called ‘The Thing’ because no one knows what this costume represents. It is weird, crazy, scary and also hard to be dressed …I guess! 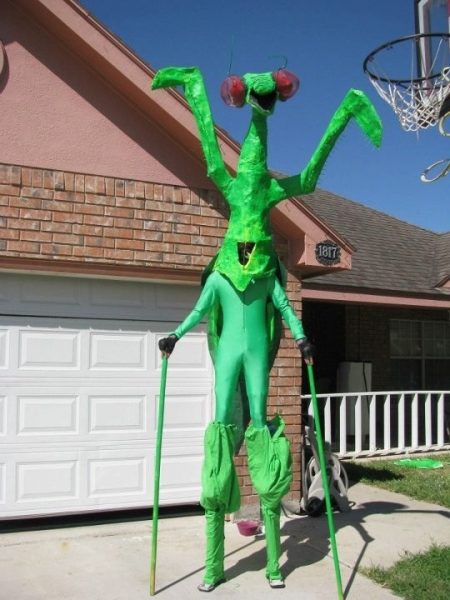 Hey there green bug! You are weird but at least you are smiling…. Trick or treating will be hard for you at that height…but hey, you can always kill the people. More fun then the candies anyhow… 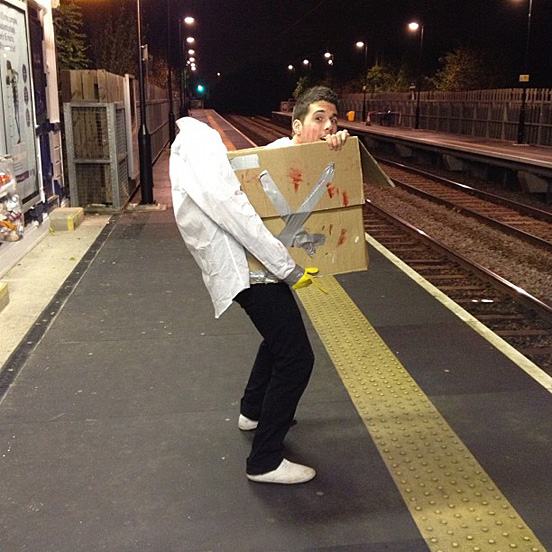 Well, this is a creepy costume my friend! Kids must be terrified by you…or simply won’t know to to salute first… the head you hold in the box, or… the body. I guess you are the winner of ”the happiest headless guy in the world” prize, cuz you got a pretty big smile in that box! 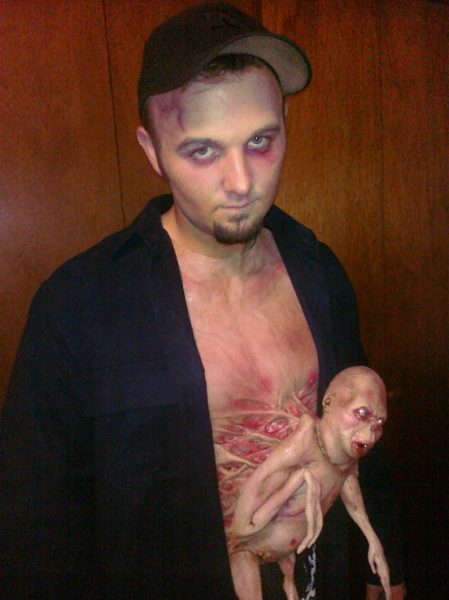 Carrying your bastard alien baby with your…guts? Really? Most of the men hate to carry their babies…. This guy seems really „happy” with his little ‘cute’ one! They make the perfect match for a trick r treat. 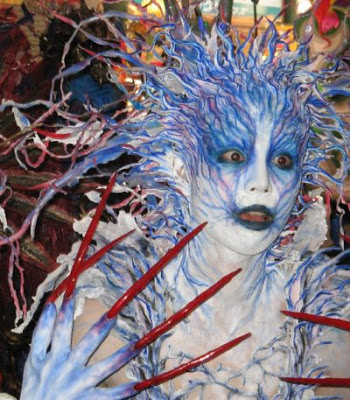 Such a bizarre outfit you got dear sea lady! How are you going to eat candies with those long nails…? 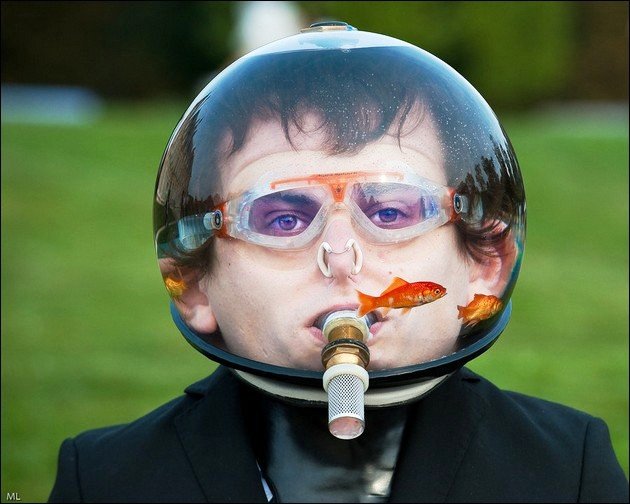 Wow! that’s freakin’ awesome! What else can I say – this dude had an awesomly creative idea, but what was he thinking about?! Bubbles and sweet fish? Look how hilarious he is ! He can’t sing, he can’t talk, eat or breath normally! This is just too weird, even for a Halloween night!

Check out the next page for more unusual Halloween costumes!

1 2
Written with love and coolness by Anamaria Nichita on October 26, 2016 in Weird Stuff How do you rate this article?