An awesome video of what happens when a mosquito bites has emerged, and it is absolutely terrifying. Sine less percent of our skin is blood vessels, a mosquito takes several minutes to find a feeding point, and four more to feed on it. See the horrific, yet awesome video, of a mosquito bite seen under a microscope.

The video shows how a mosquito probes for a blood vessel with a part of its body called a proboscis. A mosquito’s mouth parts are mobile once inside the skin, and the amazing footage shows that pretty well. 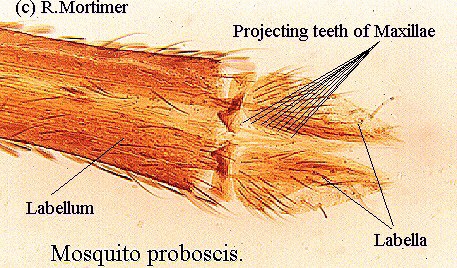 One would assume that the mosquito’s ‘trump’ would be very rigid, since it has to be able to pierce the skin of its target, but, in the video, you will see how awesomely and surprisingly mobile it is. 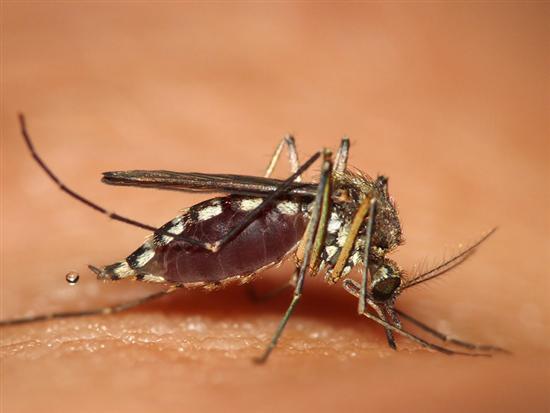 A mosquito feeds with the aid of a the labrum, which has six different components. This is the part which buckles when the mosquito bites, permitting the internal mouthparts to get into the skin. All of these components are smaller than a human hair. In the video, we will see 4 filaments used to help pierce the skin. 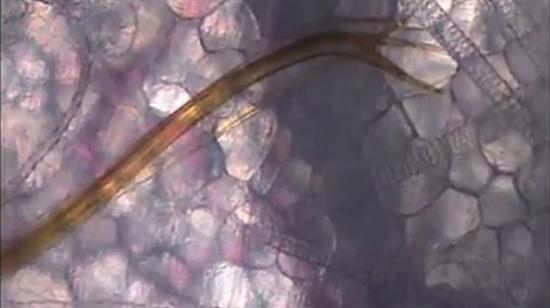 The footage was filmed by a team of scientists from the Pasteur Institute in Paris, is order to determine if a mosquito will still bite a subject, if it were injected with antibodies against a mosquito’s saliva. Tests showed that the little vampires will still bite the subject, but they will probe longer to find the blood vessef. 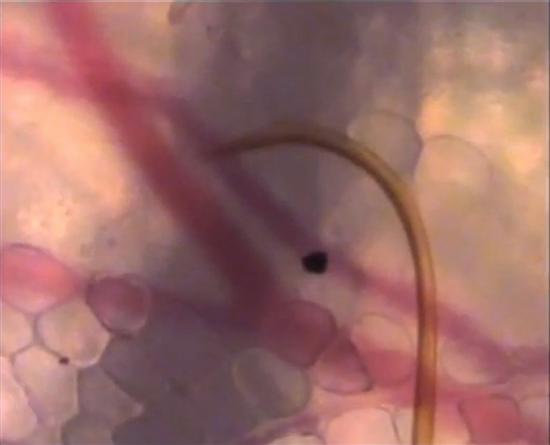 Gross, but true fact: after taking a nibble of your blood, a mosquito will also pee on ya. YUCK! 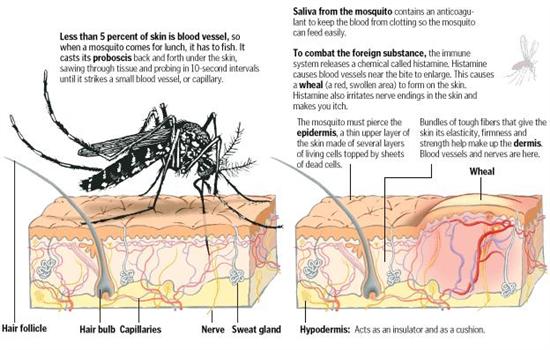 Below you can see the awesome and horrific videos of a mosquito bite under the microscope.

Written with love and coolness by crissa on August 8, 2013 in Awesome Stuff How do you rate this article?