The plants with the rarest bloom on the planet, ever! – read about these 6 unusual plants that have the rarest flowering on Earth

Read about the plant that flowers once every 100 years

Puya raimondii is one of the most amazing plants on Earth. It belong to the UC Botanical Garden and is set to flourish in the first days of June, this year. Many people around the world are coming to see this beautiful plant that grew flowers 100 years ago.

Since the plant makes flower so rarely, there is not much literature or documentation available about it. 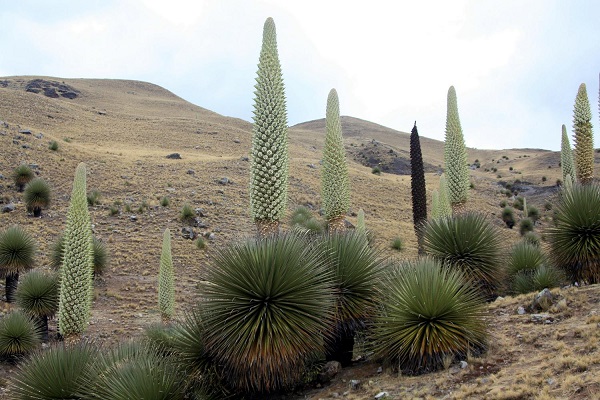 Usually, this plant is flowering once 80-100 years, but the specimen from the Botanical Garden is only 24 years old. Many researchers are trying to figure out the environmental factors that led to this amazing event.

The plant reaches at maturity 7 meters while the bloom can grow up to 10 meters. The fluorescence has up to 30000 flowers, and the more common name of the plant is “Queen of the Andes.” This plant grows in Bolivia and Peru. 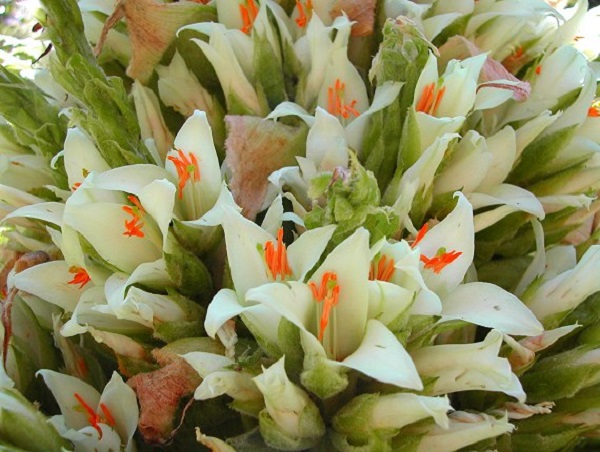 The flower is pollinated with the help of hummingbirds and perching birds. The good part is that there are many of these birds in the botanical park.

The management of the park also set up a wooden viewing platform from where the visitors can watch the amazing rarest flowering without disturbing the plants. The saddest part of this event is that the plants soon after they finish blooming. This species is also in the category of endangered species. 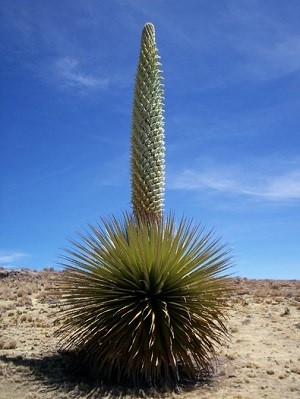 Check below a footage about this amazing plant with the rarest flowering:

2. Titan Arum – the flower that blooms once every 20 years

An incredible flower had its first bloom in 80 years in the botanical garden from Tokyo. Hundred of people gathered to witness this once-in-lifetime event.

The flower is 5 ft tall and emanates a smell like rotten meat. Because of this fact, this flower received the name of “corpse flower.” 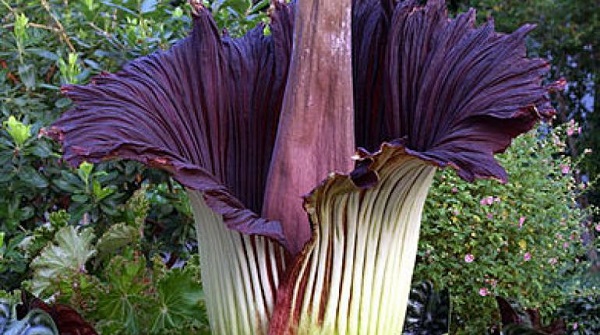 The bloom occurs in a period of 24 to 48 hours and after that the bloom withers. It’s an impressive show to see. Some visitors were disgusted by the smell while others said that the smell was only a little stinky. 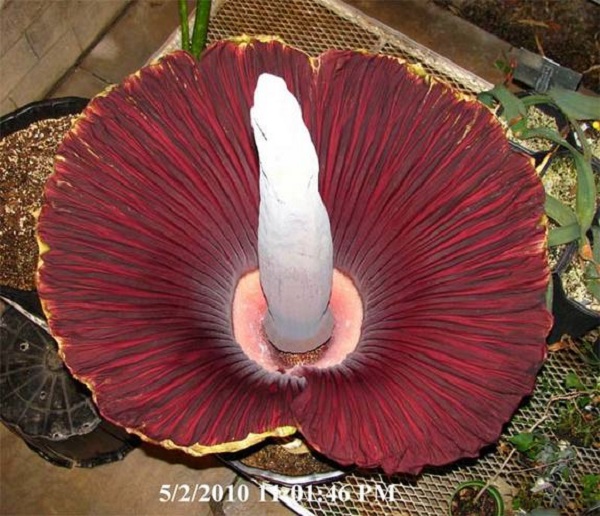 Below you can watch a time-lapse video about the rare bloom of this amazing flower:

Update!  The rare flowerings of the twin “corpse” flowers from Florida

A few days ago thousands of people from Florida have been the witnesses of a rare event. Two “corpse” flowers bloomed in the Marie Selby Botanical Gardens in Sarasota. 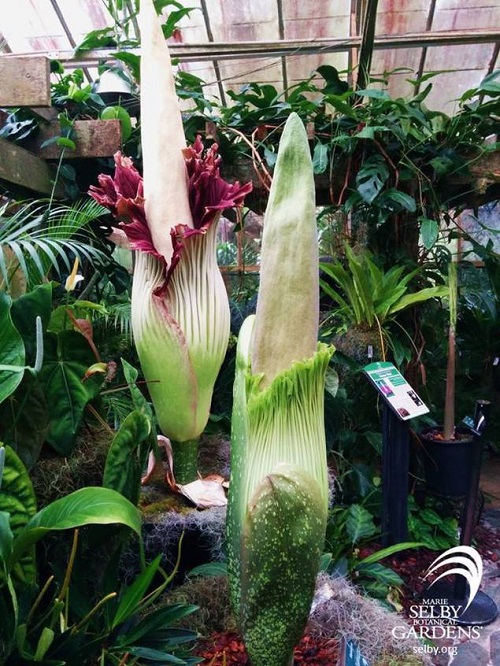 The flowers grew up to 3 meters and bloomed at a few days distance one of another. The beautiful event latest for about 48 hours per each flower.

The staff desires to inseminate the flowers in order to obtain offspring.

3. The plant that only flowers once

The Madagascar palm is a plant that flowers so rare, that it happens just once in the lifetime of the flower and as soon as it blooms, the entire plant dies.

The plant needs 100 years to reach maturity and to bloom. It originates in Asia and about 100 exemplars can be found in Madagascar. 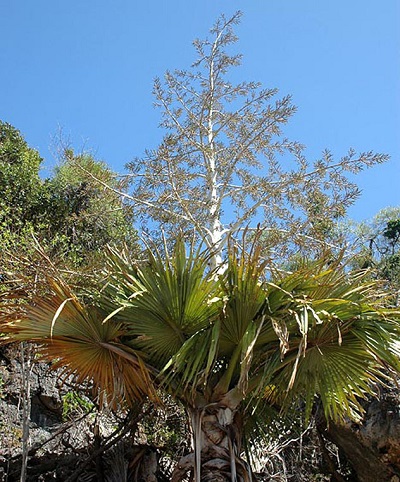 The biologists only discovered this mystery about the palm only recently, in 2008. Before that nobody noticed that this species if different from the other palms.

4. The bush that flowers once every 12 years

The kurinji bush grows in Western Ghats of South India and covers the Nilgiri Mountain Range. This name translated to “blue mountains” thanks to the rare flowering that turns the mountain blue when it happens. 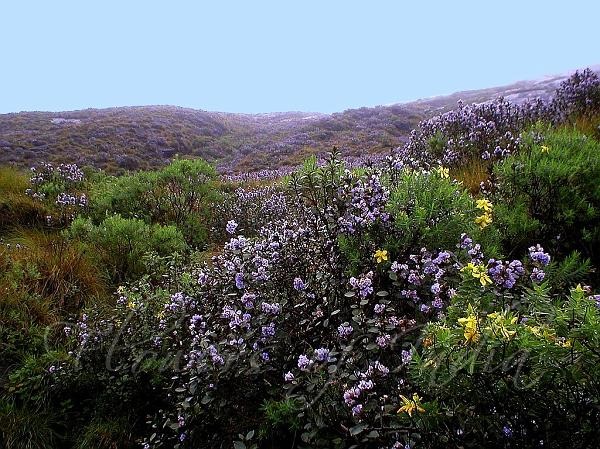 The last flowering of some exemplars happened in 2008 while some expect some other exemplars to bloom in 2014. However, a massive rare full blooming is expected in 2018. 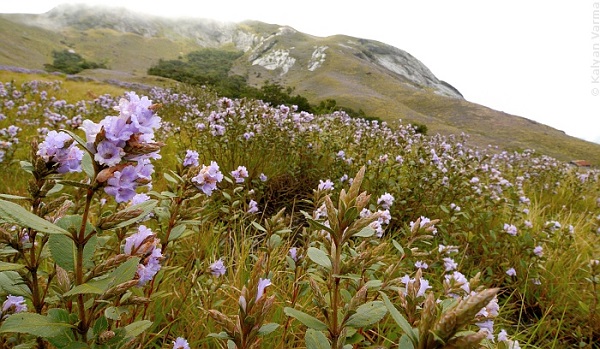 Some believe that there is a special type of synchronization that determines all the flowers to bloom together, once every 12 years. The theory explains that this is a method of assuring the reproduction by offering to its predator more than it can take. But this theory remained unconfirmed yet.

5.  The rarest flowering that brings famine

In India, there is a particular kind of bamboo that people don’t enjoy seeing it blooming. The seeds and flowers of these plants make thousands of black rats gather and feast from its fruits. The Melocanna baciffera is famous for its rodent-attracting seeds.

This plant blooms every 48 years. 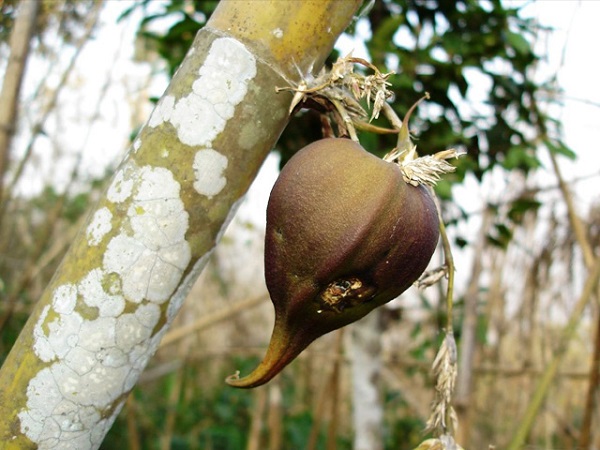 What is should be a celebration, turns out to be a catastrophic event, since the rodents don’t eat just these fruits, but also the people’s grain they find on the way.

Mr. Ding is a Chinese farmer who found these tiny flowers growing in his steel pipes. Later, the same species of small flowers were found by a Chinese nun under the washing machine. 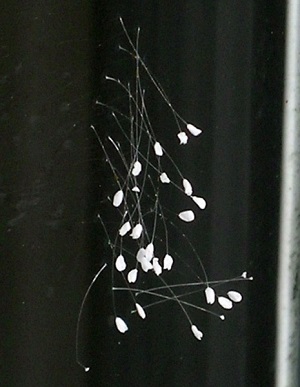 The plant has a sweet smell and produces 28 flowerings. This plant is also mentioned in the Buddhist writings. The specialists believe that the bloom is so rare, that is occurs once every 3000 years. We are not so sure about that.

Written with love and coolness by karrinah on June 7, 2014 in Amazing Stuff How do you rate this article?