8 weird and hilarious cases of people crashing cars into buildings, stores and bars. Photos and videos. Driving your car into a building? Happens more often then we think! It’s funny, stupid, and dangerous. We have a good recipe, don’t you think?

What does crashing a car into a building even mean?

Well, some of us may have been in those shoes and believe me, they are slippery. Some of the cases I am about to show you are funny but scary. It does not necessarily have to be the case in which someone is drunk, because, let’s face it, we all think that these kind of accidents happen for one reason only – being drunk. No people, no! There are a lot of cases in which you can accidentally drive in something and not just anything…

I am done talking, here are the funniest yet dangerous cases in which people might have been watching “Fast and Furious”, too many times. 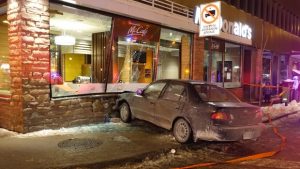 When hunger beats the hell out of you

How many times did your mother tell you to eat home? Oh, wait. That happened a long time ago. When you are way too hungry, pull over! Or at least, call first. But in this case, we are talking about Mc Donald’s here. Happend in Park Extension, Thursday, at 6pm, on January 21 ,2016. The good news is that nobody got hurt badly. Phew! Those two who were in the car were transported to the hospital with minor injuries. The cause of the car crash is still unknown (maybe the aliens did that…). This incident did not concern the traffic. 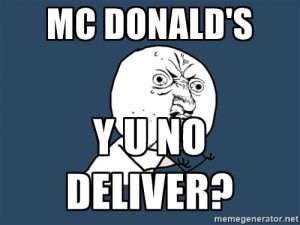 FedEx car crashing into a Hotel 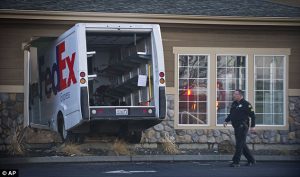 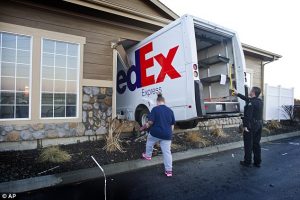 This quote might have made sense if FedEx car would have been parked near the Holiday Inn Express. This funny incident took place on Friday 16, 2015. While there are no comments on how the car crashed into the hotel, it was also “parked” into the pool. (Next time you need to wash the car just crash into a pool. No fees, no problem…) 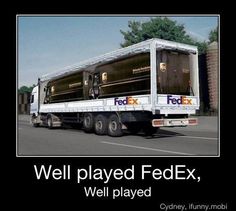 Car Crashes into a Church 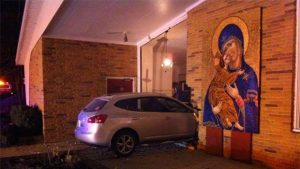 Confessions on a higher level

When we feel we have to be forgiven for our sins, we turn to God… That is perfectly normal, right? Right… What is not so normal, is when you see a car which crashes into a church. Yes, a church! What happened there? Are the cars, all of a sudden, saying to us that they need to confess their sins too? There is nothing to laugh about it (well, maybe a little…)

The astonishing incident happened at St. Symeon Orthodox Church, on the 7th of February, 2015, at around 11 p.m. It is unknown if the driver used drugs or alcohol. I personally think that the event was unfortunate for the parish, so they just “moved in” the new building…

The flying car crashing into a house

The times when flying cars were just seen in the movies vanished. Nowadays, there are some drivers that really know how to “fly”. The regrettable scene resulted while the young man was driving his girlfriend’s car. The car flipped on a rock, drifted and broke a fence, hitting the wall and getting stuck there. Imagine seeing the car stuck at eight feet in the air. Yep, cars do fly…

The man was pulled over for a few minutes, but decided he had to bail out. Though this incident should have made him stay put, he managed to get out, and run away. Again!

The police found him later, at the hospital, where he went for his injuries to be taken care of. It seems that if you run, you cannot hide. Oh, the irony! 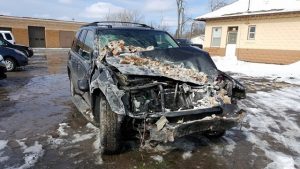 “We don’t need no education”

I might think that this is plausible for someone who clearly does not like school, or learning, or whatever involves school – but it is not the case here. The one that crashed into the school may have had health problems, so nobody pressed charges. Some of the kids who were injured were taken to the hospital. This is an alarm for those who give driving permits to those who suffer any form of diseases, without making some tests, that could show if they are capable of driving. This was a lucky case, but we do not know what might happen next. 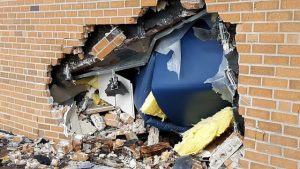 The person who was driving the SUV crashed it twice: first into a vehicle and then it crashed into the middle school. The debris from the walls of the school injured some students!

Car crashing into a pizza restaurant 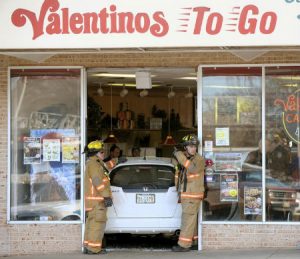 It makes it much funnier when you think that the senior man who crashed into the restaurant, while people were calling the police and the ambulance, just ordered a pizza from his car (now that’s quite an order!) 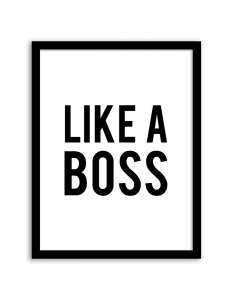 The car that the man was driving fitted the door of the restaurant. People noticed he was calm. He was taken to the hospital but he did not need any medical attention.

Everything happened on January 9, 2013, on a Wednesday.

Car broke into the auto shop, crashing inside 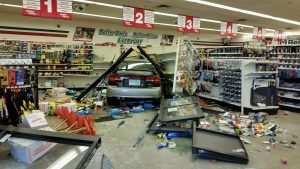 This time, the car in the image, really felt the pain. This car does not like to have its parts changed, so, sometimes, it gives us a sign, to just… let it be.

The woman, who was in her mid-60s, stepped on the acceleration – and the result? the car broke into the auto shop, knocked some aisles, scattering all sorts of items on the floor. Luckily, nobody inside was hurt.

Bonus: Te litter who crashed into the car! 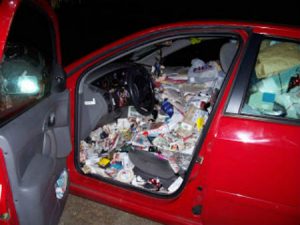 This mess is too messy!

The police from West Yarmouth, Massachusetts, discovered (with great stupefaction) in 2007, a  53-year-old woman, who owned this car full of trash, from the floor to the ceiling!

The amount of the trash seemed to be the problem for this car crash. The coffee cups fell onto the break pedals. LOL

I wonder how did she even sit in that car if it was so full of trash?! I might not get my answer, but I think I will NEVER, EVER eat in that car. Just saying…

If you are lucky enough and escape one car crash, do not think you might be alive in the next one! so, this is for you guys. Drive safe!

Written with love and coolness by Mihaela Benghea on February 7, 2017 in Weird Stuff How do you rate this article?