Amazing Proofs that the Giants existed on Earth – read about these 5 amazing stories of giants who once lived on our planet.

We all heard the story of Gulliver, written by Jonathan Swift, and how he met the giants. But does this story indicates to a certain truth, or is just a children’s tale?

Check out the following proofs that the giants once lived on Earth and decide if it’s true or just a hoax.

1. Giants who once lived in Wisconsin 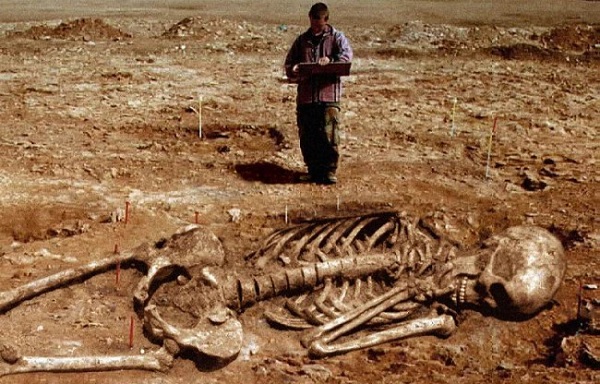 In 1912, in the state of Wisconsin the scientist and authority decided to remain silent about an event that would amaze the entire world. The archaeologists found what it seemed to be 18 skeletons that belonged to giant people. While the smallest skeleton measured 7.6 feet, the tallest was about 10 feet.

The New York Times from that period described the skeletons as having 6 fingers to each member, with larger and elongated heads and skeletons who belonged to people of different races. 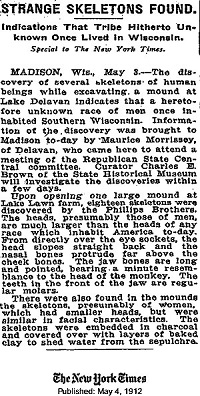 Although several stories proved that there was a certain mystery in Wisconsin area, the entire truth has been covered-up as time passed. Some people believed the skeletons belonged to aliens. Who knows?

It’s up to you to decide if the authorities had something to hide away.

Well, we now have the world’s tallest couples as a reality.

Michael Tellinger believes he that this is the most undeniable proof that giant people lived on Earth.
In 2012, in South Africa, found carved deep into the granite, there is a hole that resembles the foot print left by a giant. He is convinced the mark was left by a heavy giant who lived on those lands. 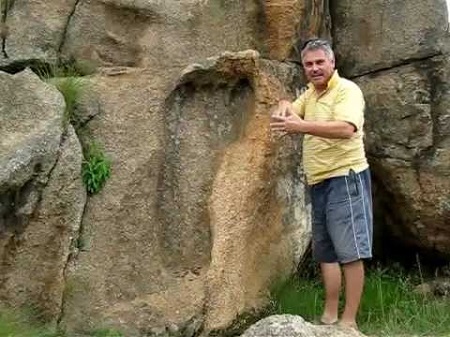 You can see the fingers, the toe, and the actual shape of a weird footprint. According to the scientist, the shape should be between 200 million and 3 Billion years old. That is the period when that part of granite formed. The shape was found in 1912 and since then, it stayed the same, due to the granite properties.

Some believe men carved it, but most people think it would be difficult to do it, because of the location.

A truly intriguing story is the tale of the Irish giant who was found in 1895. The few pictures of this mystery appeared in one issue of the Strand Magazine. They portrait a 12 feet giant fossil of a person. It weight 3 tones and had 6 fingers at one foot. 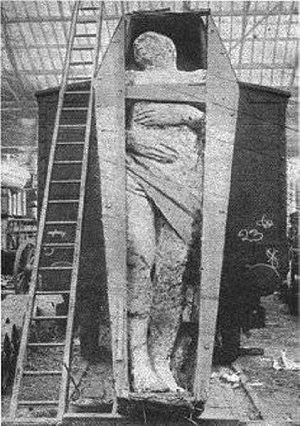 After a dispute over the ownership of the artifact, nobody no longer heard about or seen this amazing proof. 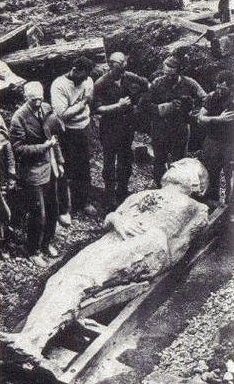 There are not many facts to point this story was real or just a method to gain publicity. We let you decide.

4. The giant whose dying wish was never fulfilled

Charles Byrne was another Irish giant who died in 1783 of tuberculosis and alcohol consumption.

He was 7 feet 7 inches tall, and his height brought him a lot of fortune and fame. 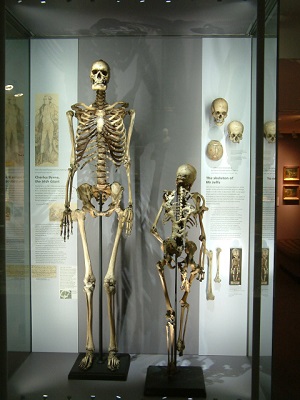 After his death, scientist and researchers found out mysterious mutation gene that made him excessively grow. Along with this, he also suffered from a pituitary tumor, that caused him serious problems.

Even tough, his dying wish was to be buried near the sea, the skeleton of Charles Byrne is still exhibited in Hunterian Museum in London.

Near Glen Rose Texas at the Paluxy River, the paleontologists found the footprint of a female giant. 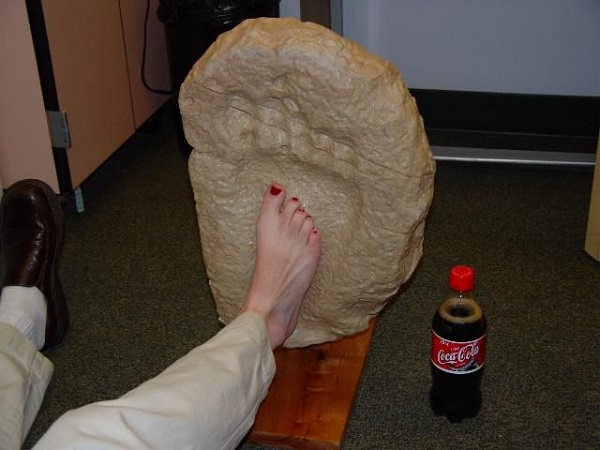 The researchers claim that the woman was about 10 feet tall and weighted 1,000 pounds. The footprint measures 14 inches long and 7 inches wide.

We’re not sure if these tall humans lived on Earth or is just a scheme to make a fortune, but the truth lies somewhere in between.

In conclusion, it’s up to you to decide if you want to believe in the stories about giants or not.

Written with love and coolness by karrinah on January 22, 2015 in World's Biggest Things How do you rate this article?