Ok, so… love has no limits, right? Because in love and war, everything is possible…

Every couple is unique – you can think about how they caress each other, how they fight or how they look together. In this article, we are going to see the world’s most extreme couples, proving that it doesn’t matter if you’re are short, tall or fat, because love finds us all (OK, maybe you’ll need a bit of luck too!).

Until we find ‘the ONE’ many of us try to imagine how the ‘perfect other-half’ should look like. But let’s be honest, how many of you found perfection? Neither I or you can be perfect, nor anybody. So… what’s to be done? Below I found a funny video that perfectly matches to the ones who don’t believe in finding true love.

For the beginning, let’s highlight a list with the shortest couples in the world. As I said above, there is no need to worry that you’ll be forever alone (with some cats around you… no offens, kittens). There is always someone matching you.

Shortest Couples in the World 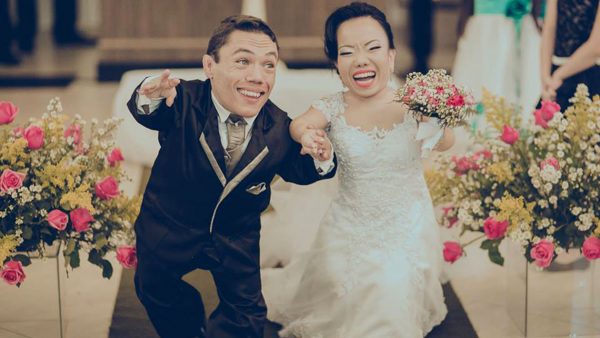 Paulo, who is 31 and 90.28 cm tall, met Katyucia, who is 28 and 91.13 cm tall (check out the Smallest Girl in the World), in 2006 through the social media platform, Orkut. As you can expect, people don’t understand the concept of being different, so they struggled with some bad attention – but none gave up on being happy. Paulo, for example, was unable to walk until the age of 21, when he finally managed to succeed, with the help of a tricycle, which aids his mobility.

Paulo and Katyucia’s relationship started online. They talked regularly for two years and then decided to meet in 2008. Their relationship evolved, but they only managed to see each other every couple of months. Finally, Katy decided to move to Itapeva, Paulo’s hometown, and in short time they knew they were meant to be together!

This year they have been verified at a combined height of just 181.41 cm (bad mouths call them ‘halflings’) and became world record holders for the shortest couple, in September 2016! 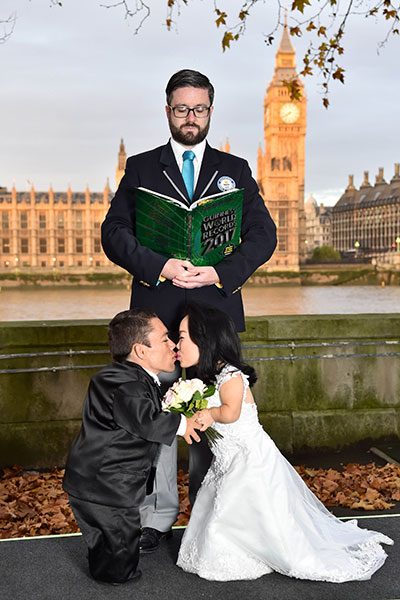 Laura Whitfield and Nathan Phillips – Dwarf couple with a baby 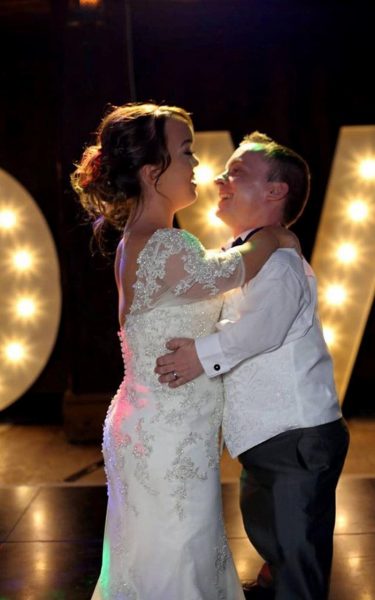 Laura Whitfield 26 who is 4ft 2in tall, and Nathan Phillips 37 who is 3ft 11in tall, first met during filming a documentary named ‘Seven Dwarves in Bath’, in 2012 which was a ‘Snow White’ pantomime production. 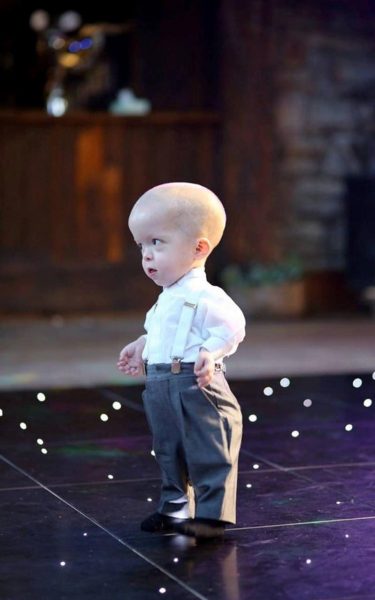 Here you can see a video with the Snow White couple and their son during a British show. 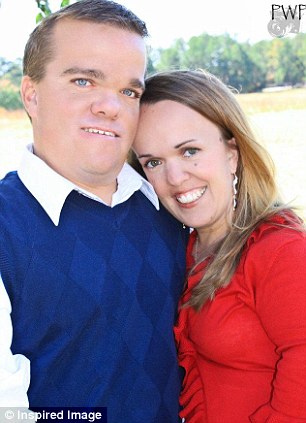 Amber – 4ft tall and Trent – 4ft 3in, met in 2008 during a convention and they fell in love immediately! In 2012 they got married and now they have 2 biological children and adopted another three children from different parts of the world: Ana from Siberia, Alex from South Korea and Emma from China. Wow!

They like to call themselves ‘ the seven dwarfs family‘, and even though people stare at them all the time, they try to ignore it and carry on with their happy lives (that’s the attitude, hat off!). Amber is a housewife and she deals with school activities like the ‘Parent-Teacher Association’ and ‘Girl Scouts’, while Trent creates pedal extensions for cars to help dwarfs drive. Check out below a photo with their lovely family. 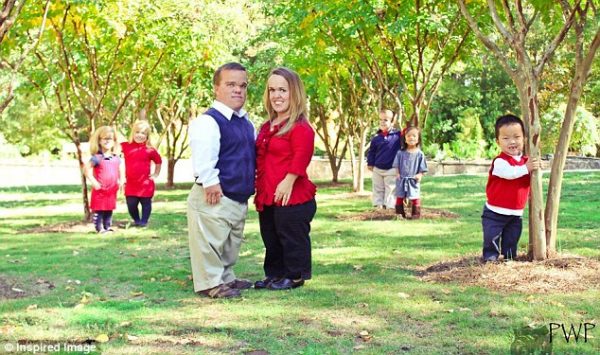 Below, I’ll show you an interview from 2012 with the Johnstons. Nice little people living in such a big world.

As you saw above, happiness doesn’t mean normality. Happiness is in small things and in having your family and the ones you love around you every day!

As we are talking about love and extreme couples around the world, so let me show you a list of the tallest couples in the world! They fought for their love and they are happy, so check it out!

Tallest Couples in the World 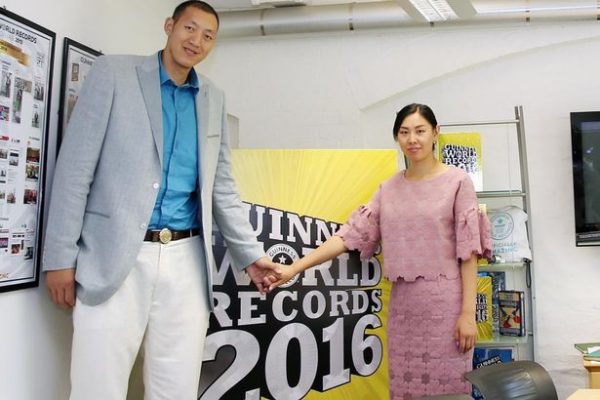 Sun Ming and Xu Yan from Beijing, secured the 2016 Guinness World Record as the world’s tallest married couple. Pretty cool, right? Together they measure over 4.2 meters, while the previous record was only 4.37 cm less. Sun Ming is 2.35 meters tall and his wife 1.87 meters.

They are both athletes and they met back in 2009 at the ‘National Games’, in China. After 4 years they got married in Beijing. They face a lot of daily problems, such as traveling by car or plane, but they are together and it’s much easier to deal with everything.

Here you have a video with Sun Ming and Xu Yang talking about their lives. 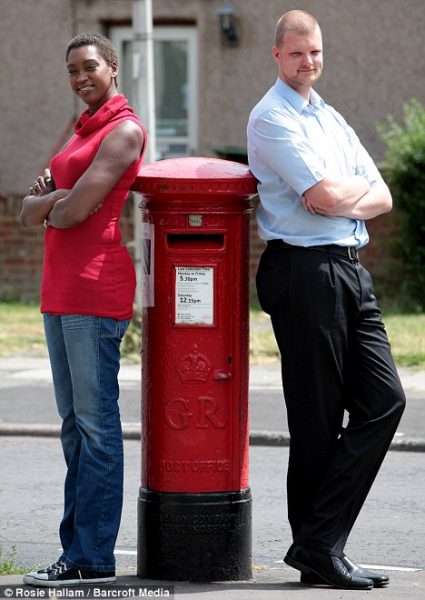 Wilco, who is 2,13 m tall, and Keisha Kleef-Bolton, who is 1,95 m, are the previous Guinness World Record holders for being the world’s tallest couple from 2010 to 2016. They are a happy married couple since 2001, and their two children seem to inherit their height. Lucas is only four years old and already has the height of a seven-year-old! while Eva, who is only two years old, has the typical height of a three-year-old.

Both Wilco and Keisha signed for the Guinness World Record with a 4,08 m height, and they hold the record until 2016. They are a cute family portrait, with Lucas and Eva growing fast, they could soon be the world’s tallest family! 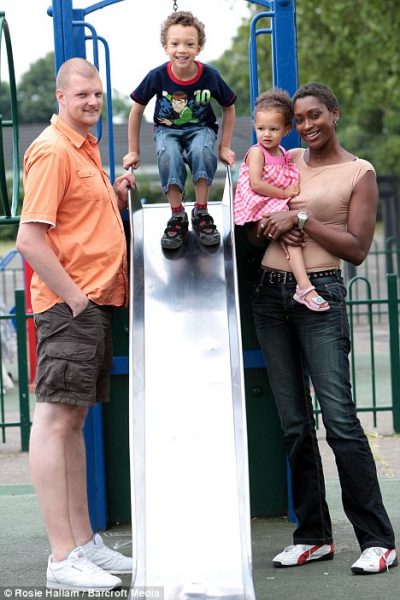 Here you have a video with the tallest married couple in 2010. 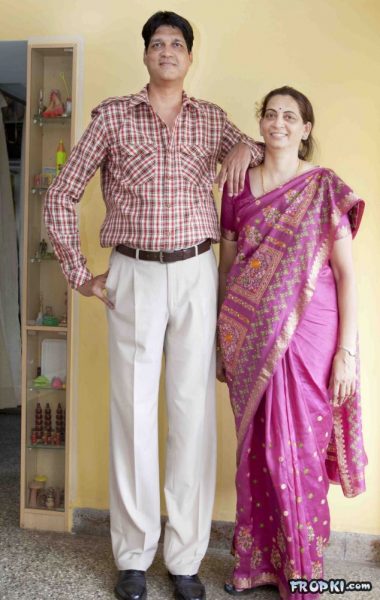 Sharad Kulkarni is 52 years old and 2,17 m height, his wife Sanjot is 46 years old and 1,90 m height. Together they are the tallest couple from India. Their daughters, 22-year-old Mruga and 16-year-old Sanya are 1,85 m and 1,95, respectively. The Kulkarni family is unique in India and hey hope to set a new world record.

They both said that was really hard for them to find a match – because in India it’s a shame for a man to have a taller woman as his wife. But as faith held its thumbs up for them, they met and married, having a beautiful family. 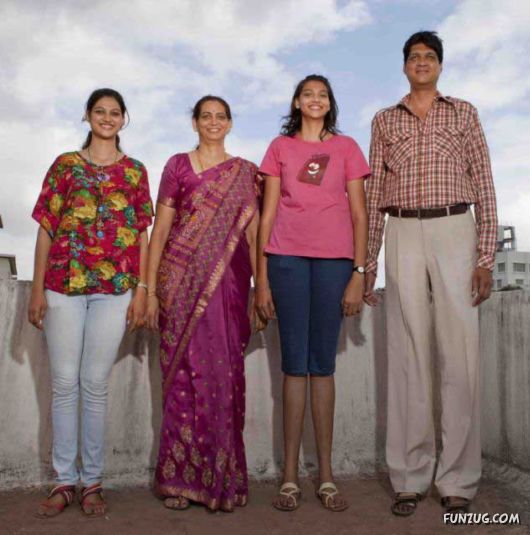 So, we’ve talked about smallest couples, tallest couples, and, as we’ve already seen, love doesn’t necessary follows a certain pattern! I think love can be found around the world in any form. Love only requires time, patience and trust 🙂

Written with love and coolness by Anamaria Nichita on January 9, 2017 in Interesting Things How do you rate this article?