A BMW Turned Into a Pool – Weirdest Car Ever

Germany gives us the weirdest car ever: a BMW which was converted into a pool. Yep, you read that right, someone turned their car into a swimming pool. The car-pool concept just got a new meaning. The car was discovered by the German police, which confiscated the car. Read more about right here.

Since this is such a hot summer, a BMW owner from Germany, decided that his BMW convertible wasn’t good enough to handle the heat, so he converted it even more, into a pool. 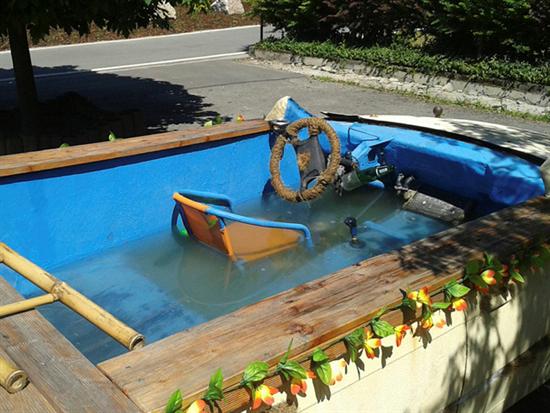 The car surfaced in a police report from Chemnitz, southern Saxony, and it was issued by a police patrol who was checking out the area. The policeman declared that:

I saw the strangest-looking convertible I have ever seen – a roofless BMW, without registration plates, bordered around the open top with wooden boards and fake plastic flowers. It was also full of water 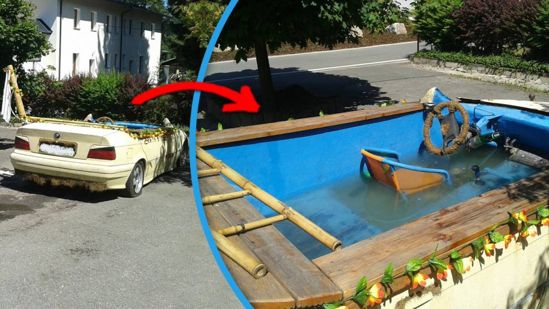 Apparently, the car was on the move when the police officer saw it, and moreover, four guys were observed in bathing suits, having a god time. When they saw the police, they pulled over and ran away from the car. As the ‘criminal’ must always return to the ‘crime scene’, a few minutes later, the young man who appeared to be the driver came back for his wallet and ID. The police took blood samples to determine if he had consumed alcohol or not. 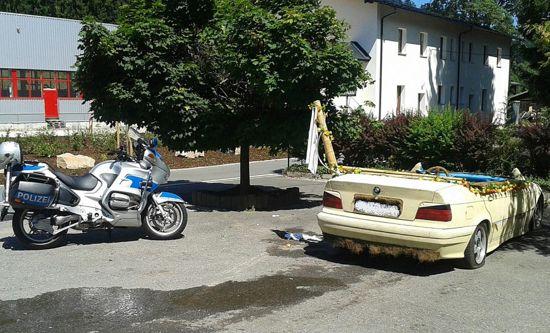 The whole weird car-pool was sealed with some sort of syntethic material and filled up with 530 gallons of water. In a declaration given to a local newspaper, one of the men who were riding the bizarre invention, declared that it was stupid idea to set the vehicle into motion, and that it was their first ride. 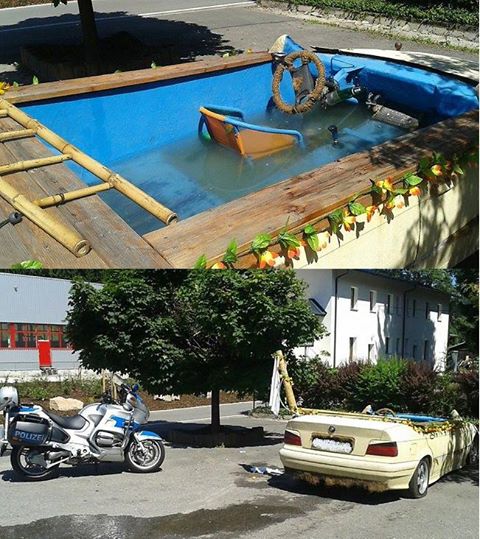 Have a look at some of the reactions to this odd BMW converted to a pool, in the :


Written with love and coolness by crissa on July 29, 2013 in Weird Stuff How do you rate this article?