Mummies in 2016? Discovering a mummy this year?

Yeah! New real ancient mummies found in 2016! Well, newly discovered… 7 cases of the latest mummy discoveries, and their interesting stories. Five of them are very recent, and two cases from the latest years.

Some of the greatest questions that humanity has are about its past. What happened thousands of years ago? How the pyramids were built, or how did the Maya civilization disappear? Are there any extraterrestrial beings out there? Even if we can’t understand it all, we need to understand our past in order to create our future, because the evolution of humanity is really incredible and everything keeps on moving forward!

Ancients left us proofs about their existence such as ancient temples, cities, pyramids, tombs or mummies. But is this enough for us to understand ancient civilizations? I’ve been passionate about history all my life, and I still can’t answer myself so many basic questions (duh).

Have you ever been to a History Museum? For example, I went to Vienna, where you can find a History Museum called ‘Kunsthistorisches Museum’ and it has the world’s most important collections of Egyptian antiquities.

Somewhere in a hidden corner, there is a small door that I honestly believed it was a  Time Portal! You take a few steps and that door blazes a path to a whole other world… an ancient Egyptian world, a room filled with engraved walls, statues and Egyptian drawings that overwhelm you, a place that it’s simply breath-taking.

Related: Stunning! Ancient Egyptian Statue Moves on its Own

That is the place where I felt in love with ancient history immediately! For more details about the museum click here. Below, you can see a little part of the ancient Egyptian world in History Museum in Vienna. Just guessing that I have your attention now,  I want to show you how big the world is, and how many secrets are still unrevealed.

Here we are, in the 21st century, still discovering ancient mummies that haven’t been moved or found for thousands of years! Can you imagine thousands of years of history, secrets and treasures stuck in one place? Come on you guys, it’s hair-raising!

In this article, I’m going to present you the 7 Latest Mummy discoveries! Why mummies? Because mummies are some of the most incredible historical proofs of human evolution!

I wish I was there when they discovered the mummies, but… I choose to share my new information about it with you! So check it out! 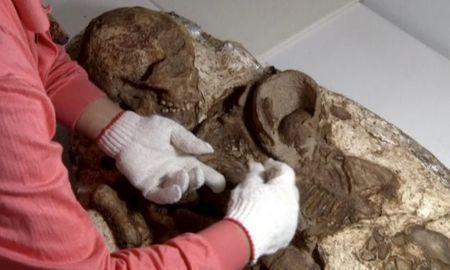 In April 2016, a new mummy discovery was made in Peru. A group of archaeologists found a 4,500-year-old female mummy, near one of the oldest cities in the Americas. It has been assumpted that the mummy was a noble female who died at age of 40 or 50, and archaeologists also found different valuable object buried with the mummy, allowing them to conclude on the social status of the woman.

After numerous examinations and tests, it has been declared that the mummy is buried there since 2,500 BC, by the time America’s oldest pyramids started to be built.

Here you can see the ruins of the ancient city of Caral, Peru. The 4,500-year-old mummy was found at Aspero, 14 miles away on the coast. Such a beautiful view above thousands of years of history. 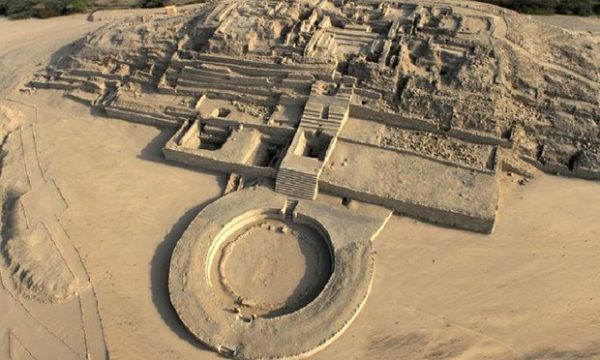 In Egypt, near Luxor and southern to the Wall of the Temple of Millions of Year, Spanish archaeologists discovered in October 2016 an ancient Egyptian mummy in a very well preserved condition.

The mummy is believed to be a man named Amenrenef, who was a servant to a royal household. The case he was found in is very colorful and engraved with many religious symbols and decorations. Archaeologists also discovered solar symbols and the protective goddesses Isis, as well as Nephthys, spreading their wings on the sarcophagus.

Egyptologist Myriam Seco Álvarez said that the mummy’s tomb dates from the 21st Dynasty, around 1000 BC, and the areas were used as necropolises. Below you can see the Temple of Seti also known as The Temple of Millions of Year… It’s really outstanding! 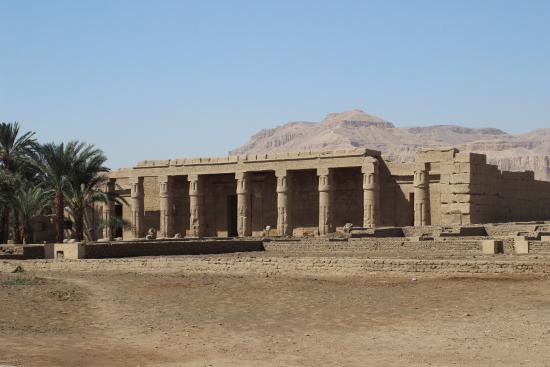 A 2,700-year-old mummy of the most widely regarded Egyptian ‘god’ Amun-Ra has been discovered by the end of 2015. The beautifully engraved sarcophagus belongs to a very important Egyptian figure named Ankh-f-n-khon Su, who was a viceroy and vizier of Eygpt during the reign of Pharaoh Amenhotep III. 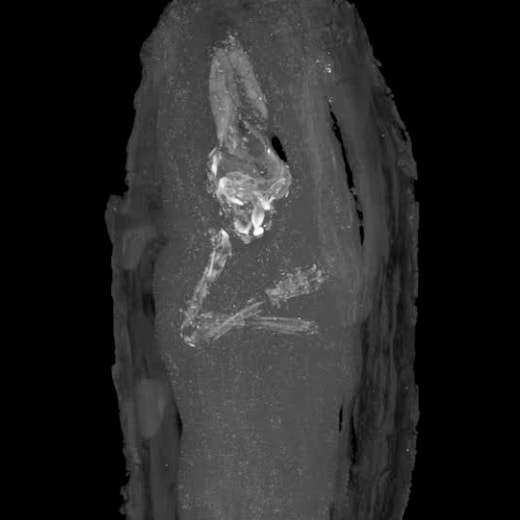 The mummy was found in the spring of 2016 in a little Egyptian sarcophagus. The body of miscarried baby is over 2,000 years old,  being mummified between 16 and 18 weeks old, which makes it the youngest mummy ever found!

The lid and box are both made from cedar wood, and the fetus was discovered with its arms crossed protectively over its chest, a position that represents the pain his parents felt in order to let him pass to the afterlife. Related: Shocking Story Of A Woman Who Gave Birth To A Mummy 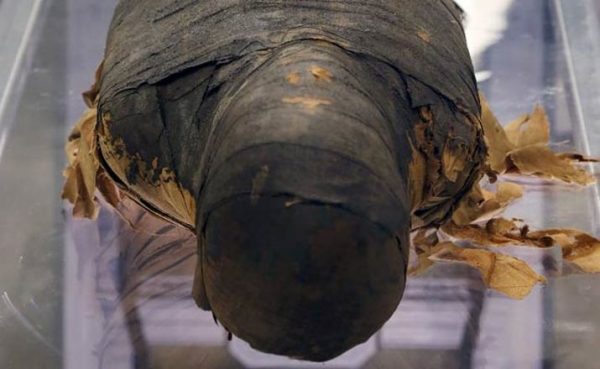 Last year, in northwest Indiana, a crew who worked on the site of a proposed quarry found a 2,000 years old mummy. More specific it was discovered in Eagle Creek Township, southeast of Lowell. It is believed that the mummy was a Native American.

A local sheriff said that the site may cover an Indian cemetery, but no other mummy discoveries were made in that area.

Here you have a short video about the mummy discovery in Indiana.

Mummy from a lost civilization 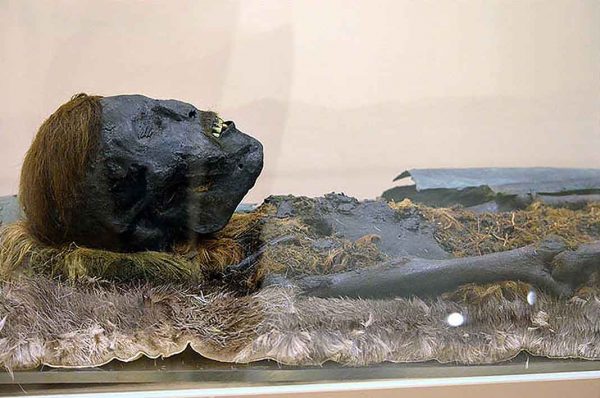 Another mummy discovery was made in Russia, Siberia and it dates back to the 12th or 13th century AD. The mummy was found at a site close to the Arctic Circle near Salekhard and the remains belong to a teenager who was part of a long lost medieval civilization that had connections with Persia.

In this case, the mummification process was natural. The body was wrapped in tawny sheets and covered by copper kettles. Due to the ice chunk, the mummy was very well preserved.

In 2014, another 11 mummies were found in Zeleny Yar, Siberia and it is believed that they were part of the same lost medieval civilization connected to Persia. Here you have a video with the excavations in Zeleny Yar.

Dozens of Mummies in Peru Tombs Last year, seven tombs, with over 40 mummies each, were found in Peru around a 1,200-year-old ceremonial site in Peru’s Cotahuasi Valley. The remains were in poor shape because they were damaged by water and rodents. The archaeologist said that they also found fetuses, infants buried in jars. They also found a tomb with almost 400 human remains, teeth, mummy hands and feet. Truly impressive!

Before being buried, the bodies had their knees up, near the shoulders, with their arms folded over their chest, and some were bounded with ropes.

Here you have a video about the discovery made in Peru. This is so interesting and exciting, so check it out!

As you saw in this article, a major part of our history is still a secret for us, as some things are, maybe, not made to be discovered?

As we evolve and develop our technology, we start to understand more about our past, as it is breath-taking, and those kind of discoveries are still essential for our future.

I hope you enjoyed reading about the 7 latest mummy discoveries as much as I enjoyed sharing this information with you. Don’t forget to share this article with your friends and let us know your opinion.

Written with love and coolness by Anamaria Nichita on December 5, 2016 in Interesting Things How do you rate this article?