Most recent UFO sightings stories (2014) – Read about 8 amazing stories of people who spotted UFOs in the year 2014.

There are millions of evidence of UFO sighting since the beginning of time. We even discovered that the first people on earth, painted in the caves, figures of objects that resembled UFOs. On the following, read from the newest to the oldest UFO stories from 2014.

On November 3rd, a UFO sightings lover spotted on one of the HD live cams from the NASA ISS station a peculiar object. He stated that he used to watch the live cams often, and mistaking the moon for a different object was not possible. 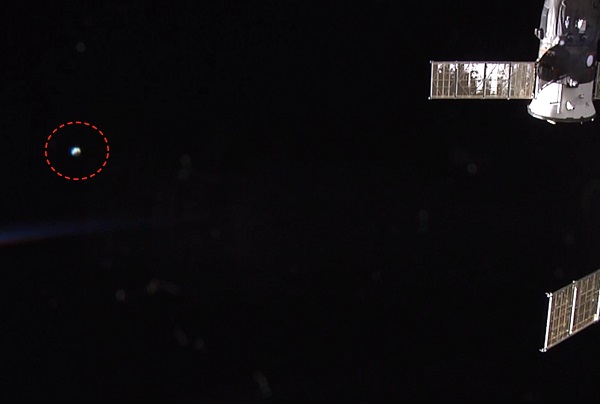 The man claims that if it were the Moon, it  would move on the screen. But this object appeared to be glowing out of nowhere, and the glow disappeared after about a minute, in the same spot.

Some people are skeptical, while others believe that the aliens are watching us. Take a look at the video of this story and tell us what you think.

A  couple from  Saint John in New Brunswick, Canada, has been the witness of an unlikely event. In late October 20th, this year, they spotted strange lights flying above the town, and they decided to film it.

The moving light was flashing green and red lights, and had a strange trajectory. It moved up and down, and turned back. The object turned off its lights, and the couple could see that it has a dark color. 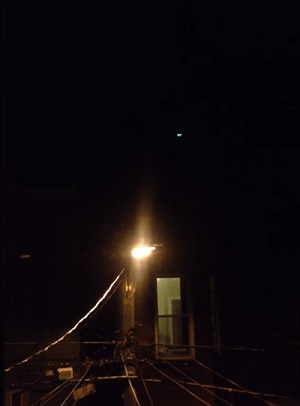 However, after a few moments, the object moved closer to the place from where the couple was filming and seemed to watch them back.

This situation freaked out the two persons. Check out the video right here.

Another event that occurred on October 13th, this year, happened in South Wales. The man who was in his car, spotted in the sky, somewhere in the clouds a peculiar lights formation.

The lights were flashing independently and moving slow. Nobody has a logical explanation for the lights. Take a look at the proof of this story.

The witness was sailing with his friend on a yacht and watching the Chemtrail, when he saw something in the sky. He took out his phone and started to film the unusual appearance.

He saw 7 lights surrounding the Chemtrail and moving very fast. 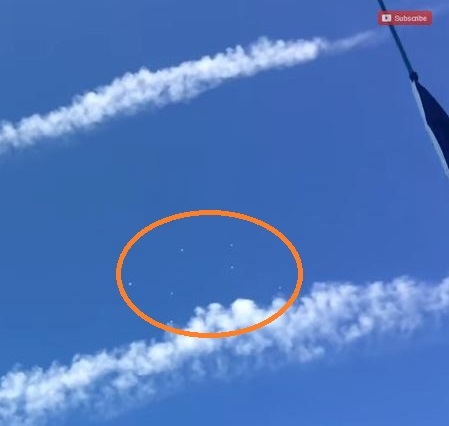 The objects had lights that seemed to flash, and they were gathered around the Chemtrail. Soon, they disappeared. Take a look at the video of the bizarre lights over Normandy.

NEXT: Read about more UFO Sightings from 2014

1 2
Written with love and coolness by karrinah on November 4, 2014 in Weird Stuff How do you rate this article?