Bizarre Glowing-in-the-Dark Animals and their stories – read about 5 animals that have been genetically engineered to glow in the dark.

First, let’s read about the incredible fish that glows in the dark.

We’ve heard many times before about genetically engineered animals that would surpass the original species in various attributes. However, a group of scientists and biologists managed to do the unthinkable.

They created a species of fish that can glow in the dark. 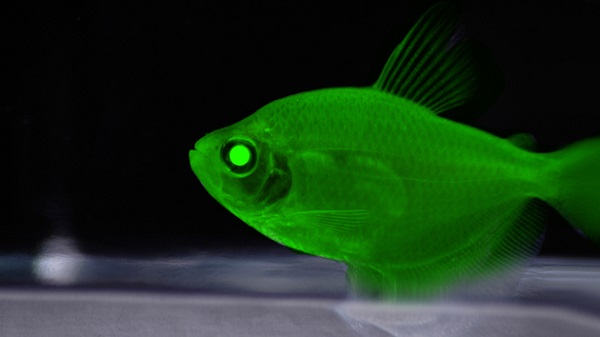 The biologists understood that some genes are dormant and never express. They tried to make the genes express in the DNA of every specimen. They inserted green fluorescent protein (that can be found in certain jellyfish), GFP, into the genome of the fish. They observed positive results whenever the respective gene was expressing itself.

We are not sure which is the purpose of creating this small fish, but the result is appealing to the eye. However, this new look would be quite dangerous since predators can spot them easily due to the fluorescence.

Watch the following video about the fish that glow in the dark (they’re almost hypnotizing):

The new trend in pet domain is the fluorescent cat. Usually is very hard to find your cat in the house, but thanks to the latest researches you can easily spot the feline in dark spaces.

Leaving the joke aside, a group of scientist led by Dr Poeschla succeeded in genetically engineering a glowing cat. The main purpose behind this project is the fight against Aids. 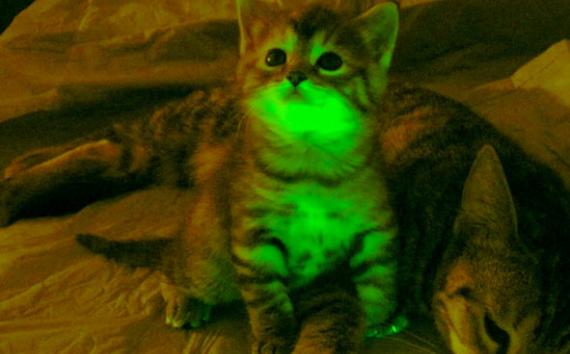 The anti-viral gene is producing restriction factor in the form of protein. This protein can resist to the virus that’s causing Aids.

These results are important steps in the medicine and biology fields. Several tests will be performed to see if the protein can protect the animals against the dangerous virus.

Below you can find out more information about the glowing cats:

When we were starting to believe that mice will have a chance to spot the cat and escape, we find out they are on the list too.

A group scientists at the California Institute of Technology developed the species of mice that can glow in the dark thanks to a study on the virus that produces HIV. They understood the process of transferring traits from a species to another. They create in the laboratory glowing mice. 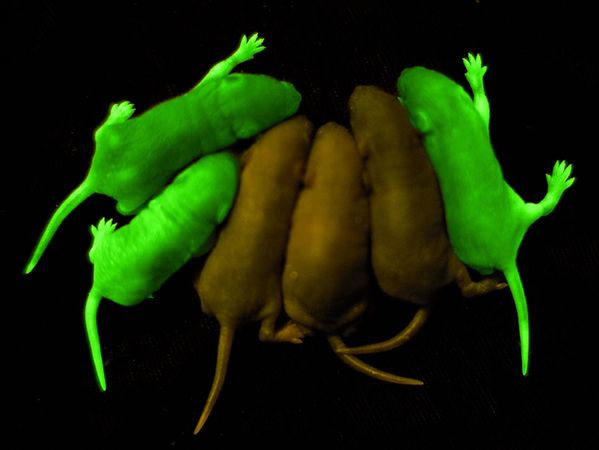 Usually, these genetic modifications are made in order to create a better surrogate to human subject in studying various diseases.

Long time ago it sounded weird to have an animal with traits from another animal. Nowadays it is very ordinary and normal to produce a transgenic animal.

Another animal that the human genetically engineered is the piglet. The disease that the scientists hope to eradicate thanks to this project is the Hemophilia. This hereditary disease prevents the blood from coagulate and clot.

It might sound weird the link between the fluorescence of the animal and the fight against this disorder. But the green color is used only as a marker to observe if the desired gene is expressing. 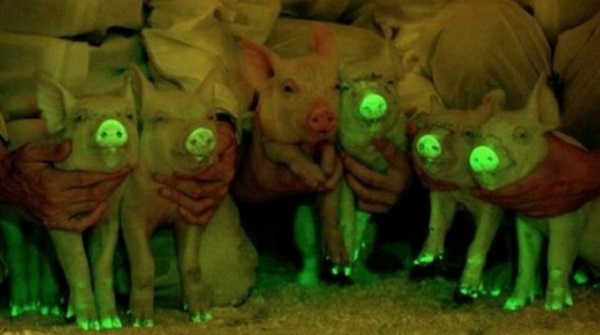 The researchers hope that this study will be able to help treat people one day.

Check out the test that proves the new trait of the pigs:

Other animals that are now able to glow-in-the-dark are the bunnies.

The story is the same in this case. The fluorescence is used as a marker to detect a specific gene that will help in eradicating a disorder or illness. 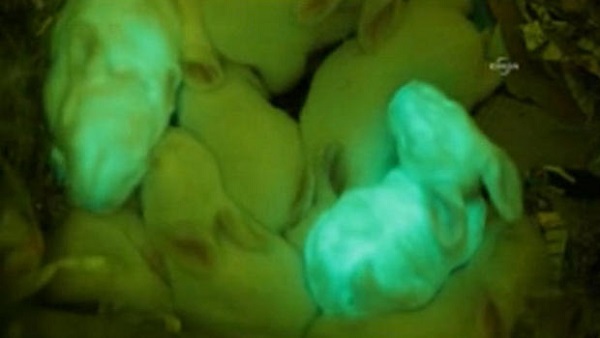 Take a look at the to find out more information about the glow-in-the-dark bunnies:

Written with love and coolness by karrinah on May 23, 2014 in Awesome Stuff How do you rate this article?