Incredible photos and videos of huge bears breaking into people’s homes! Check out the 5 cases below with wild bears frightening people by entering their houses!

Animals can be very unpredictable and can react violently even though they spent a lifetime nearby humans. It’s easy to understand why bears, and other wild animals, end up in big cities searching for food or shelter: we are destroying their habitat. 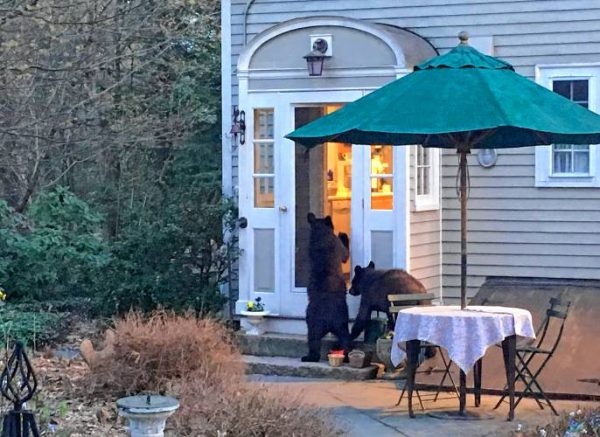 When humans encounter a bear in their home or nearby, many times the story ends with somebody dying. ( and as we ‘own’ the planet, the animals are the one being put down). These cases below are not always ‘happy encounters’, when neither the bear or the man died or got hurt, so you might find it a bit disturbing. Check it out! 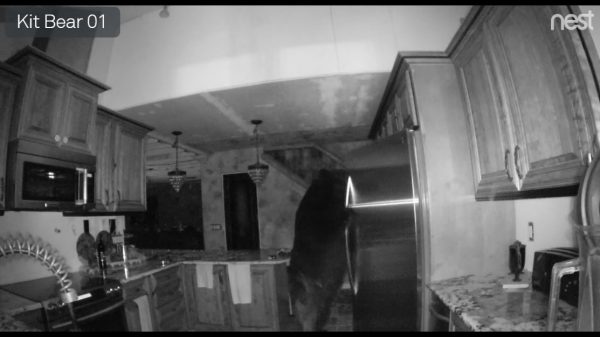 At the beginning of July 2017, a man from Colorado had a very unusual guest. A huge grizzly bear broke into a house and roamed around while the owner was sleeping. All this happened in Chris O’Dubrhraic home in Colorado Springs during the night. The whole moment was caught by a surveillance camera and posted on the internet.

The sad part of the story is that the bear was shot to death by Colorado Parks and Wildlife after Chris reported the encounter to the police. Below you can see the whole footage with the bear checking out the kitchen for food.

Bear Breaks into House and Play the Piano 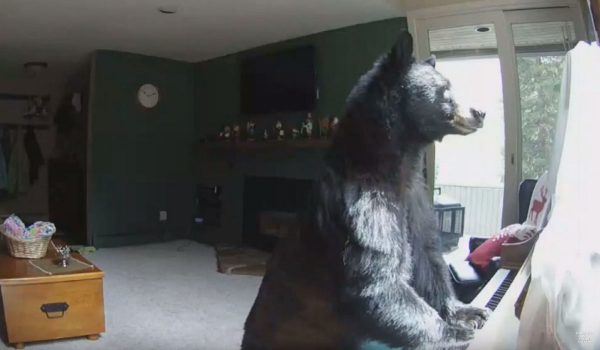 At the beginning of June 2017, Katie Hawley from Vail, Colorado had a weird guest that played her piano! Fortunately, the bear broke into Katie’s house when she was away, but this doesn’t mean she didn’t freak out. The surveillance camera caught the moment when the bear came into the living-room and when trying to look up on the window, he touched the piano tiles, like a … master bear. 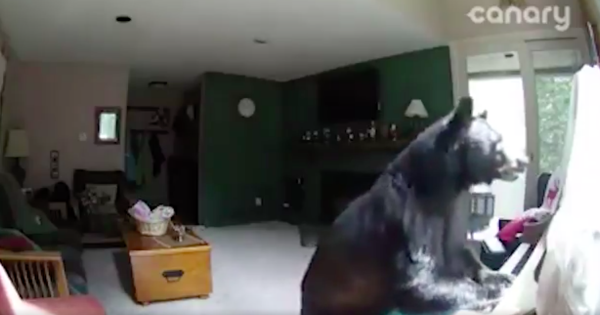 When Katie arrived home, the bear already left, but he liked it there so much, as from time to time he comes back…. Katie said that bears are super cute animals, but the idea of having one in her home is creepy. Check out the !

2 Bears Break Through Window While Family is Inside Home 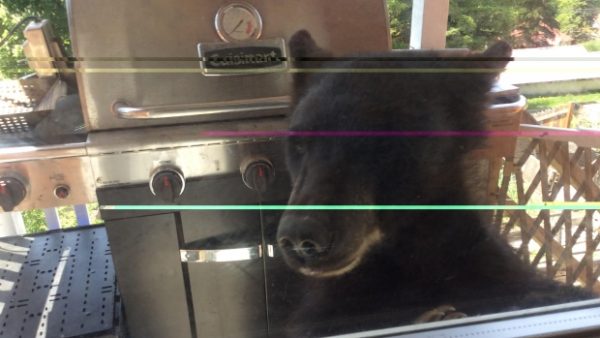 Two black bears broke into a Rossland home through a basement window, while the family was inside. On 2nd June 2017, Miche Warwick came home from a morning out with her three young children, when she was shocked by the guests in her house: a female bear and her cub were searching the garbage for some food in their basement. 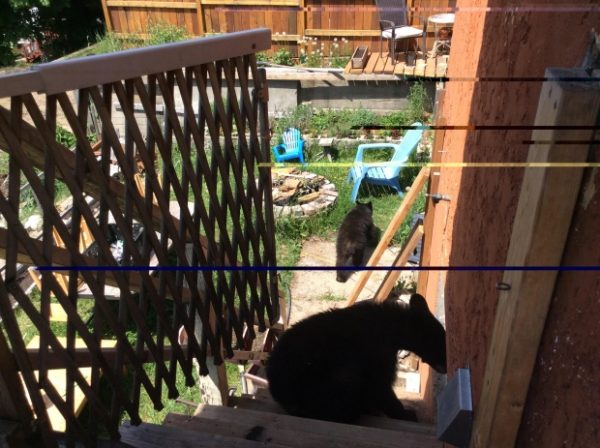 Miche called her partner, who rushed home from work, but in the meantime, she managed to scare the bears away… or so she thought. When going to the back yard, the family saw the bears again sniffing around the porch. No matter how loudly Miche banged on the window, the bears didn’t leave. Unfortunately, the only way this family got ‘rid’ of the bears was by calling somebody to put them down. 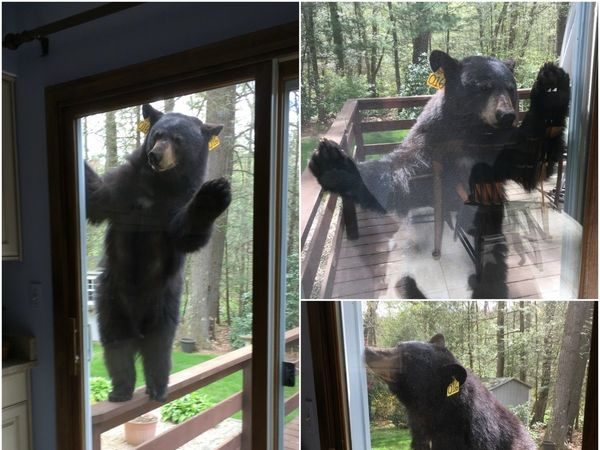 An angry’ bear attempted to break into a house while a woman was baking a batch of delicious brownies in May, this year. The old lady from Connecticut was terrified by the encounter, but no amount of screaming made the bear leave. I do agree that the bear is super adorable, especially for the fact that he came for brownies! 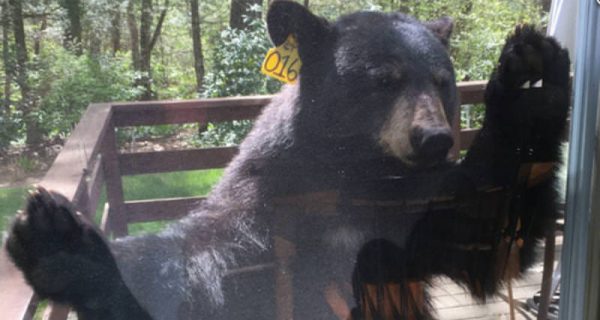 This brown bear, proving to be a true and faithful brownie lover, was so attracted by the tantalizing smell of baking chocolate brownies, so he came to see the source of the flavor. After the woman yelled and tried to get rid of the bear for more than a half an hour, a resident finally called 911. The bear finally left on an empty stomach before police arrive. 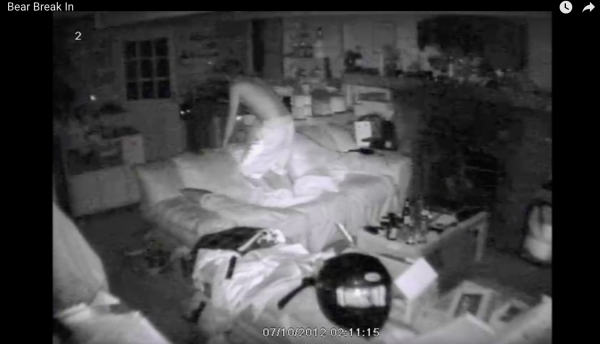 This guy was sleeping on his couch at 2 a.m in the morning when a big black bear broke into his house. Scared by the sounds, he woke up and saw the bear poking his nose through the door! The owner managed to scare away the animal, but I’m pretty sure he didn’t have another sleep for a few days. Check out the footage below!

Wild animals are desperate to find food outside their territory, because humans keep destroying their natural habitat where creatures should live peacefully. We don’t realize that a female bear would never bring her cubs in a city just to get them killed or to hurt people – she brings them for food and shelter. We keep killing animals like they are our property or we have the right to destroy their world.

In many human-bear encounters, there are only 2 ways to end up the meeting: either the man or the bear is finally dead. As animals rarely kill you for trespassing their territory is more likely for a bear to die trying to find food. This is sad and it should be illegal!

Written with love and coolness by Anamaria Nichita on July 22, 2017 in Amazing Stuff How do you rate this article?