A gigantic brown trout was caught in New Zealand and it may be the largest brown trout in the world! While on a fishing trip, an angler made the catch of his life, and it ain’t no fish tale! Find out just how big the New Zealand enormous brown trout is right here. 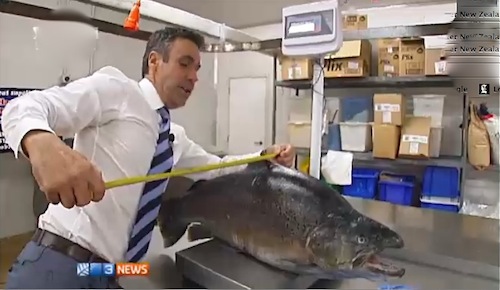 A man named Otwin Kandolf now has the story of his life to tell, and despite what others might think, it’s not a made-up story about a huge fish he caught once. This man actually caught a gigantic fish, a brown trout to be more exact. 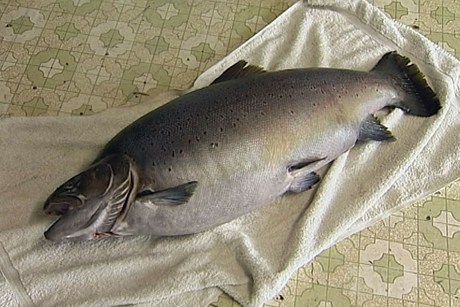 While he was fishing on a canal situated close to a salmon farm, he noticed a submarine in the water. He stood still for a couple of seconds and realized that the odds of a submarine diving in a canal were pretty slim, so he took another look and he realized that he was wheeling in a gigantic brown trout. 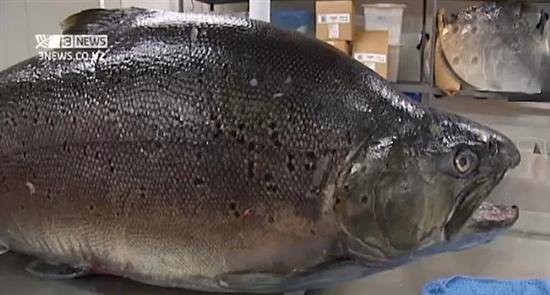 After being captured, the trout was weighed and measured, and the results were absolutely amazing! The enormous brown trout from New Zealand weighed 42 pounds, 1 ounce. At this staggering weight, the fish may have brought his angler a well deserved spot in the Guinness Book of World Records, since the standing record for such a fish is currently at 41-pounds and 8-ounces. 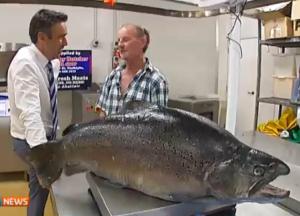 Why is this fish so big?

One can only make presumptions, but it is highly likely that the enormous brown trout indulged itself in the pellets which may have drifted downstream from the salmon farm.

Curious to see how the fish looks like? Have a look at the video of the weigh in of the gigantic brown trout caught in New Zealand right here.

Written with love and coolness by crissa on March 30, 2013 in Amazing Stuff How do you rate this article?