Bungee jumping is one of the most spectacular extreme and gravity-defying sports that require courage, experience, physical and mental strength and a bit of will. The bungee jumping participant jumps from a height of tens maybe hundreds of meters and he/she is secured with a bungee cord attached to his ankle. 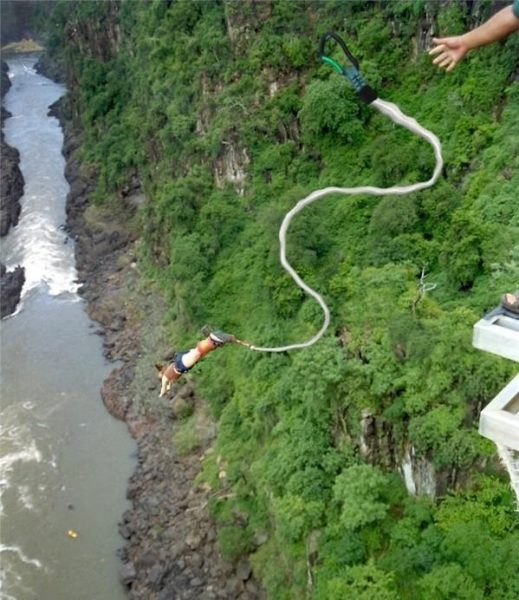 The modern bungee jumping creator is considered the New Zealander Alan John Hackett, which was patented with the first demonstration performed by him, in 1986, on the Greenhithe Bridge in Auckland. In subsequent years, Hackett embarked on a world tour, performing jumps off bridges and other structures, including the Eiffel Tower.

1. Woman’s bungee cord breaks after she jumps from a height of almost 43 meters 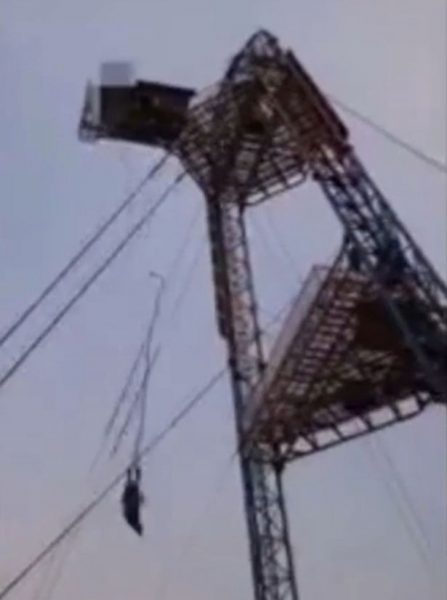 Woman plunges into the water below her after the bungee cord breaks.

This woman from South Korea almost died while bungee jumping. Moments after her jump , the bungee rope that was attached to her snapped and she fell from a distance of about 43 meters. Fortunately, she landed in the water, but suffered some injuries to her head, neck, and torso, spending a month in the hospital. The footage was filmed by the victim’s boyfriend, which drops his phone as soon as he sees that the bungee rope snapped and rushes to help his girlfriend.

2. Man almost dies after bungee jumping from a crane 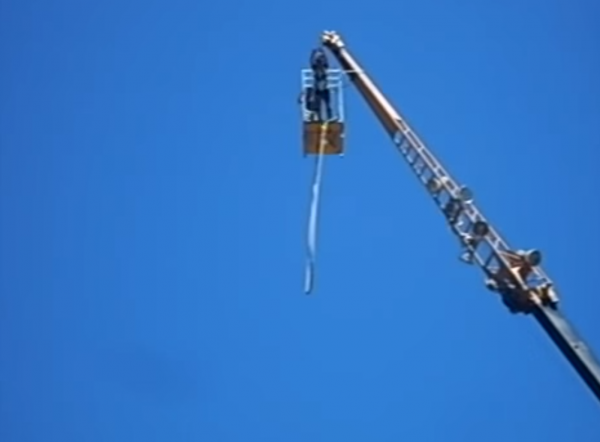 The moment the man jumps from the crane.

This accident happened in Chile, while a man is bungee-jumping from a crane that does not look very safe, especially because there is usually a second rope attached to the person that is jumping called the ‘safety rope’. Fortunately, during his fall, his bungee cord breaks while he was a few meters above the ground. If it would have happened sooner, the accident could have been fatal. I could not find a lot of information regarding this accident but from what I understand he survived with moderate injuries to his head arms and back.

3. Rope jumping proves to be fatal for a young couple 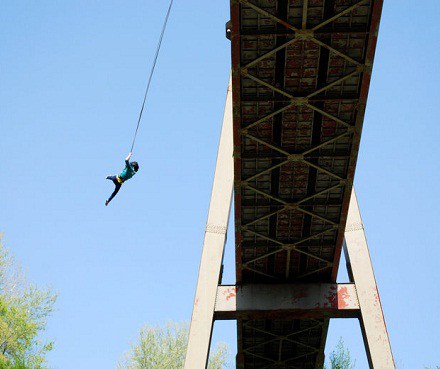 Couple dies after jumping from a bridge.

This one of the most tragic cases I found. The couple jumped together from a 42-meter tall bridge in Tbilisi, Georgia, a free falling for about 33 meters. The young woman died on the spot and her boyfriend was rushed to the hospital and died later that day. It isn’t very clear what exactly gone wrong with the jump, but it appears that they were tied with 3 or 4 climbing ropes, and either they snapped, or the attachment that was holding them broke. An investigation was launched after the incident but no one was arrested.

It would be wiser to do like these awesome people who walk on tight-rope above the clouds! 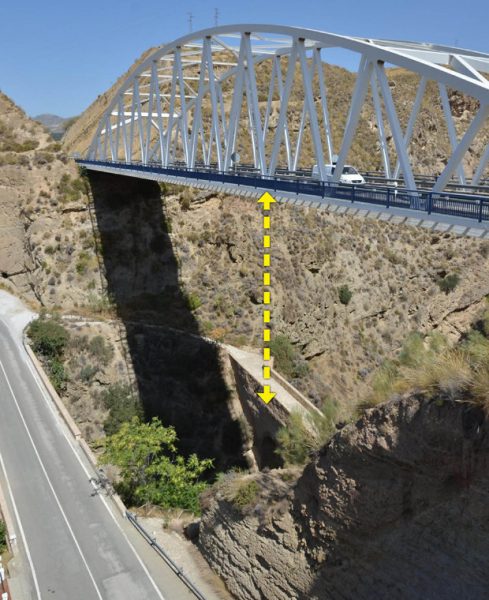 A 23-year-old British woman dies during her jump while her aunt was watching her. The two were on a vacation and decided to try bungee jumping from a popular bridge nearby, that was used by many others for the same reason. During her 80-meter fall accident, she hit her head against the stone bridge underneath. She hung unconscious while the ambulance was on the way, and, unfortunately, they could not save her. There is no actual footage of her tragic jump, but a few months later a similar accident occurred on the same bridge. 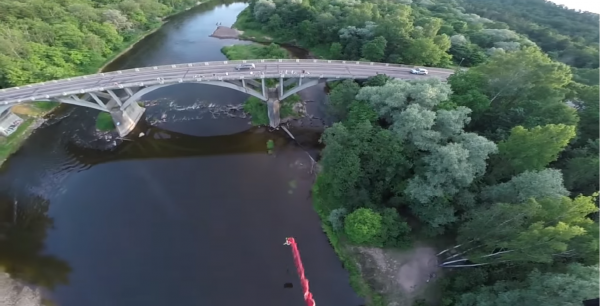 Moments before the jumper’s rope breaks.

This incident was not fatal, and the jumper was not even injured. Regardless of the reaction of the people that were in charge, I am pretty sure it was horrifying for the jumper. This clip, shot with a GoPro, shows how the jumper is saved by the safety rope, and, of course, by the river underneath. Lucky one!

6. Woman falls into a river after bungee rope snaps 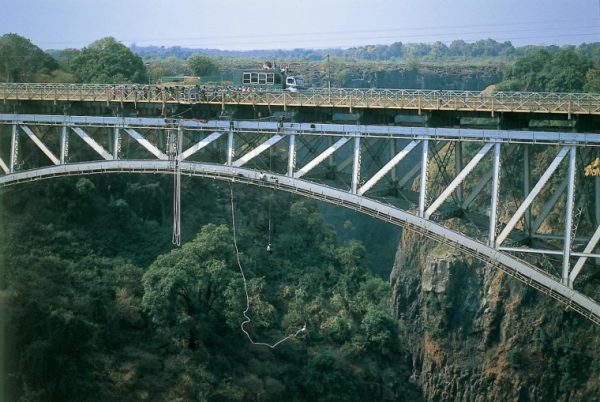 The bridge where the bungee jumping incident happened.

This incident was a very, very close call. This 22-year-old tourist traveled to Victoria Falls in Zimbabwe to bungee jump. What happened next was terrifying, and it was all caught on camera. As she jumps from 111 meters, the rope snaps mid-air, falling in the river with her feet still tied up in the bungee rope. She spent a week in the hospital, recovering the few injuries that she received.

7. Eleven-year-old kid gets tangled in the bungee cord 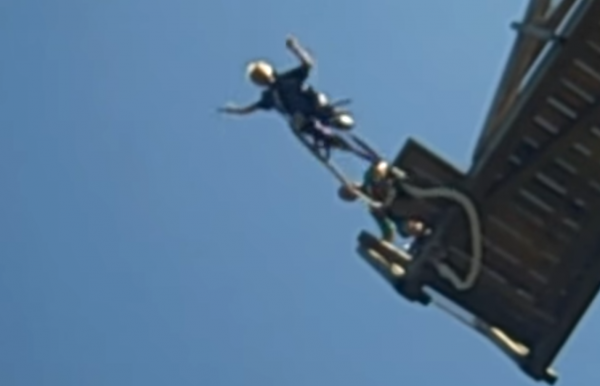 The young jumper in mid-air.

There is no information regarding this video other than what is said in its title. This kid jumps for the edge and it appears that he is tangled in the bungee cord. It does not appear that he got injured very badly (or at least I hope he didn’t). You can hear (what I assume are)  his relatives or parents laughing in the background, but I am pretty sure it was not that funny for the little kid! You creepy people! 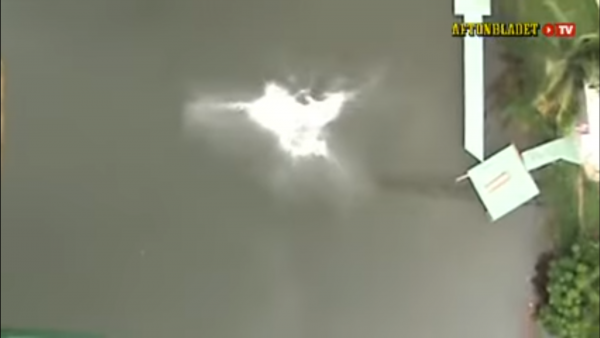 Jumper’s painful impact with the water.

Another case where there is no safety rope for the bungee jump. From what I saw, the young man didn’t seem like he had experience in bungee jumping at all. He jumps from a 15-meter tall bridge and it looks like the rope breaks from the ankle attachment. He fell into the river below, spending a month in the hospital with both his lungs collapsed and injuries to his spleen and liver.

9. A bungee cord miscalculation leads to a horrible accident 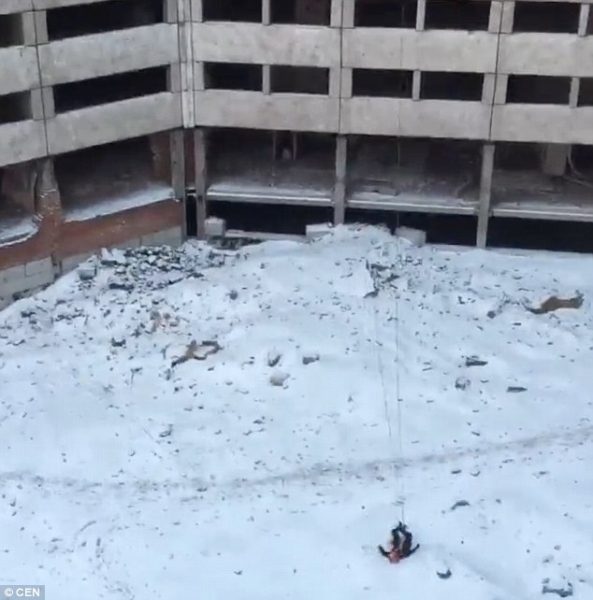 Fatal impact of the bungee jumper.

These teenagers from Russia thought it would be a good idea to bungee jump from the edge of a 10 story building. The jumper in this video is a 19-year-old girl named Ksenia. While she jumps, you can see that the bungee rope is too long and she hits the ground at almost full speed. The impact leaves her unconscious, the rope being stretched enough to bounce her back, making her hit the ground again. She was immediately rushed to the hospital, in the intensive care branch.

How can you jump from such a height without first checking the damn rope?! Seriously now, people. 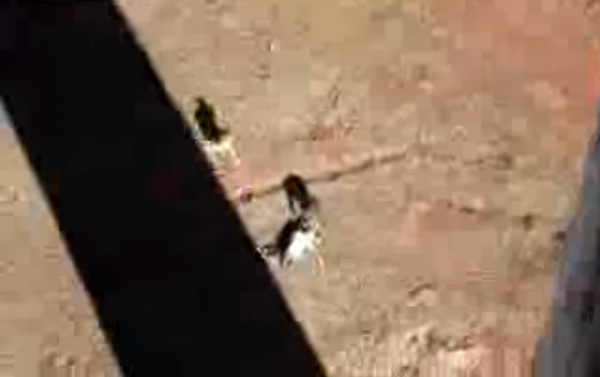 One deep breath and this woman jumped from the bridge shown in the footage. Her rope breaks and unfortunately there is no safety rope or river to stop her fall this time! It can be seen at the end of the video that she is unconscious on the ground and people around trying to help her.

Bungee jumping is fun as hell! and, in no case, you should quit it just because, sometimes, bungee jumping goes terribly wrong. BUT I do hope that this extreme cases of bungee jumping accidents made you learn something today. If the answer is not ‘safety first, fun after’, you must be mad! or in need of being a stupid (dead or injured) star on the internet! So, take care, people!

Written with love and coolness by Constantin Anghelescu on November 12, 2016 in Amazing Stuff How do you rate this article?