Look out! 6 hilarious cases of cars who were hit by karma and got stuck in the sand! Got your car stuck on the beach? Also see how to get unstuck from the sand, by yourself!

Beaches. They are all about sun, tan, swimming. All those, except for cars. Sands do have something with cars. Have you not seen? Sands eats cars. Hold your horses, they just get cemented…

Next time you want to go to the beach with your car, do not rush! Cars are not made for people to simply admire the beach driving on it. Next time, rethink your day on a beach because it might end up… sticky.

By the way, where is the sand in the deepest? On the bottom. You would want to really think at that joke next time you get your car on the beach…

Cars which got stuck in the sand

Audi A7  got stuck in the middle of Kohi Beach 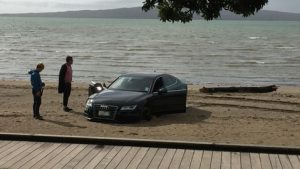 It does not matter if you have a luxury car, the sand will always win.

The sand will not forgive you if you either have an expensive car, or a cheap one. This is what the owners of an Audi A7, from Auckland had to learn. Just because you want to take a photo of your car, you think it’s safe to do it on the beach? Nope, not at all. The incident took place at 2.20pm on a Friday.

“They got stuck in the middle of Kohi Beach, and they were there for probably a good hour and a half.”

Good thing a lot of warm-hearted people were there to help! 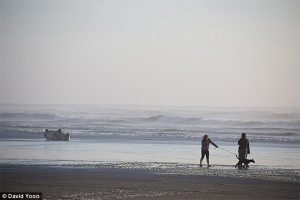 Now that is a raw deal. You go with your family, want to admire the sea in your car and all of a sudden, your car gets stuck. As glue stuck! What do you do? You try to escape, obviously. Two members of the family escaped, but the grandmother and the child couldn’t. It seemed that the wet sand won again. 2-0 for the sand.

Although the car flipped because of the waves, the police arrived and the family got out of the car. The story ended well. It is reported that everything happened on an Ocean Shore, before 7pm on a Thursday in Kent on the 20th of April, 2015.

Car got stuck in oolitic sand 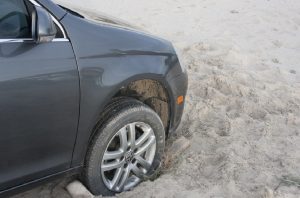 When you ignore the warnings

You see the warnings at the beach, but you ignore them all. Oh well, that is not the best part yet, wait for it … wait for it .. the sand is actually oolitic sand. Does that even ring a bell? No? Ok. It seems that this sand has layers, concentric ones, of calcium carbonate. The shape of this sand is oval and that is why it is named like that. Enough chemistry for now.

And then you see the signs, and though you have a fancy car, you want to go on the beach. Surprise! you got yourself a prize. You got stuck!

The episode rolled in Farmington Bay/Antelope Island on June the 7th, 2012.

Dear one, here is a way you can use for escaping the sand – how to get your car unstuck from sand: 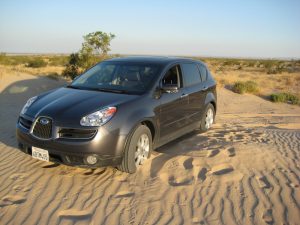 I am almost sure that you, one of the readers, wanted to go and film the beauties of other places.That was on the 13th of June, 2010. This case it is not that different. The one case I am telling you about is the person who wanted to drive through the dry sand near the Salton Sea. I will let you guess what happened. His car got stuck! Unfortunately, he had to dig the sand with his bare hands.

Couple gets their car stuck in the soft sand 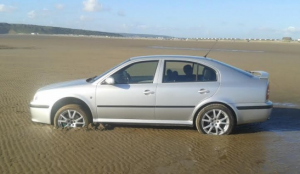 Let’s get stuck together

And I didn’t mean literally. The man who was driving the car on the beach wanted to show his girlfriend the wonderful sea, but, when you are way too absorbed by… the view, you will definitely miss something. The sand is tricky, oh yes, it is! Eventually, the car got stuck in the soft sand.

One lesson that must be learned. Check the weather! All the time!

Cars got stuck in the sand on the parking lot 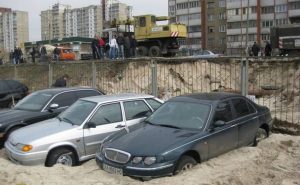 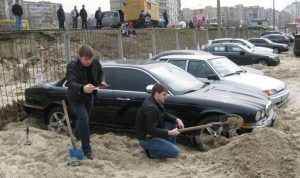 Can you say “Let’s park in the sand?”

What seemed to be a normal parking lot for the cars, turned out to be a sand parking lot. The flood that brought water and sand in the morning, made the drivers go crazy. The sand and dirt filled the parking space and so they found their vehicles stuck in the sand. I would say that the sand did not like “the beach” after all…

The sandy circumstance took place in Kiev, on April the first, 2009.

Written with love and coolness by Mihaela Benghea on January 20, 2017 in Interesting Things How do you rate this article?