1. The pig that dared to live

The amazing piggy dared not to follow its destiny and challenged itself to  dare for more. The little pig was in a moving truck, when spotted a chance of escaping from the road to the slaughterhouse.

The animal climbed on the backs of the other pigs in the truck. The sneaky pig used this opportunity to climb the protection fence of the truck and jumped out of the vehicle. 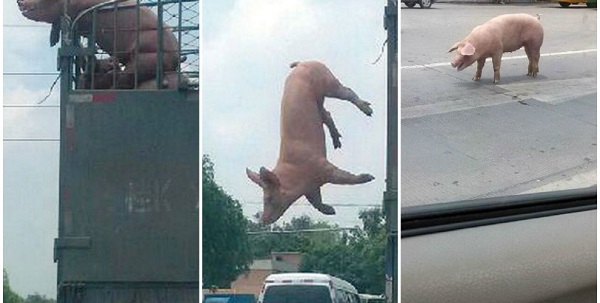 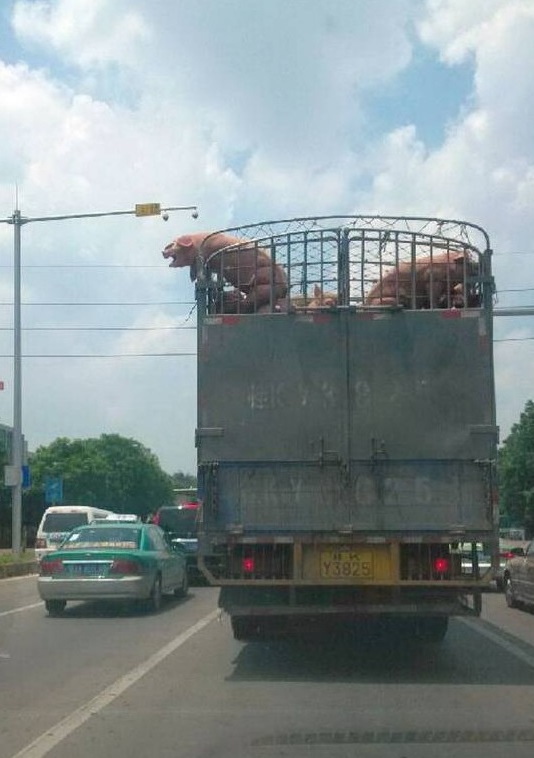 The following picture captures the moment when the sow is in the mid-air, out of the truck. The car was moving on the streets of south China when the brave piglet took the leap of faith. I wish that such car would fall into a sinkhole or massive road hole! So the animals would have a chance to escape…

Incredible, but the sow survived after jumping from 16ft. 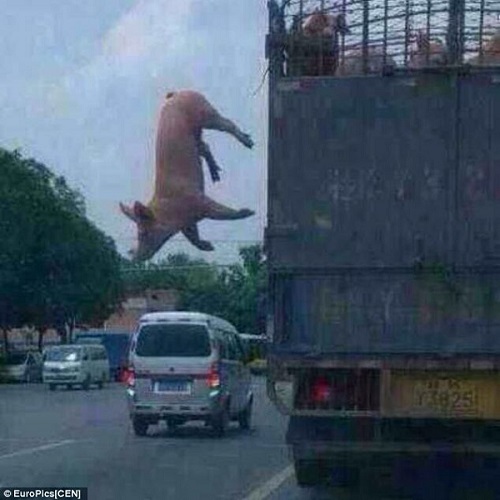 The policemen caught the animal while she was wondering in the streets. They decided to keep her and let her live till she will die of old age.

The sow deserves the life she fought for, and she won’t be slaughtered. 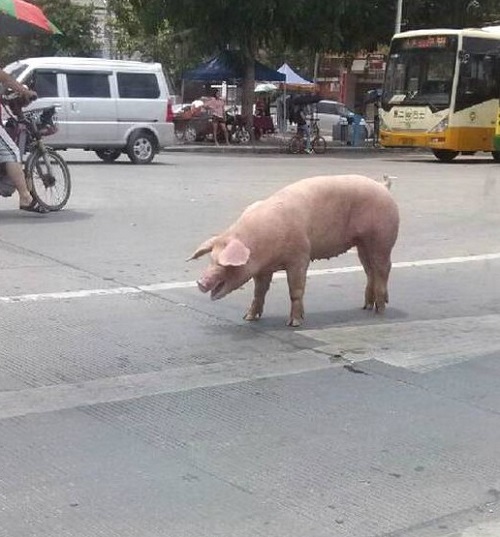 A few tourists with their cars were filming their wild-life trip when a group of impalas started running between the cars followed by a few hungry cheetahs.

It was an amazing scene to see them so close and so fast and agile. However, the fabulous scene happened afterward. 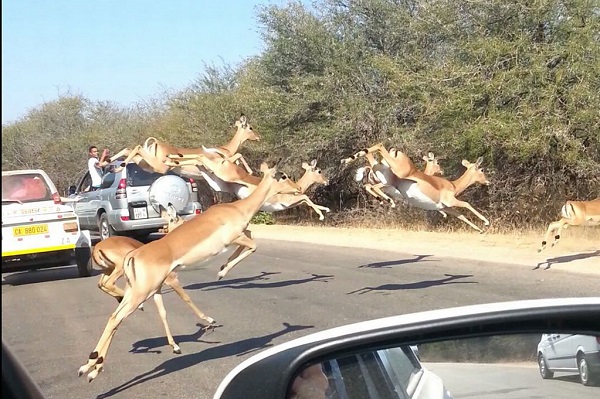 One of the impalas returned followed by two hungry cheetahs. This unusual scene petrify the tourists.

Then, in a few seconds, the little deer dared to escape death in a miraculous way for a scared animal like her. She jumped into the first car full of tourists she meets. The window of the car happened to be rolled down, and the deer jumped in. 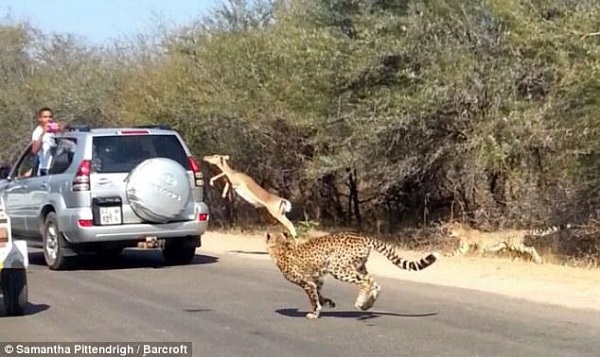 The felines have nothing else to do and to back off, and the tourists let the antelope free after the cheetahs are far away.

Below you can watch the amazing video of this incredible moment.

Another amazing animal succeeds in surviving after being caught by a cheetah.

The feline caught the antelope, and while it was strangulating it, a hyena approached. 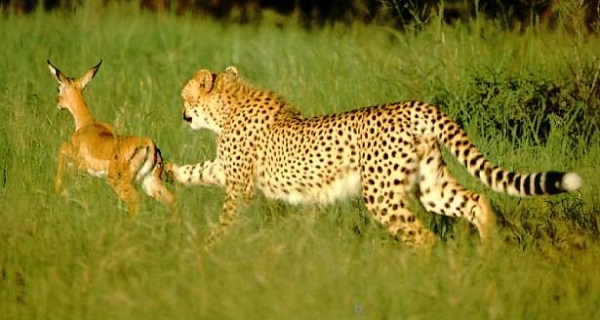 The hyenas are better at stealing pray rather than catching themselves. This time they spotted the scene and approached to make the cheetah move away from the antelope.

While the two animals fight and chase each other, the dazed deer suddenly gets up and sprints at high speed in the opposite direction.

Below you can watch the video with this sneaky deer escaping death:

4. Pig flying to the liberty

On June 12, 2014 another swine decided to take his chance and escape the road to the slaughterhouse. He was in a moving vehicle from a road from South America, when he did the leap of faith. 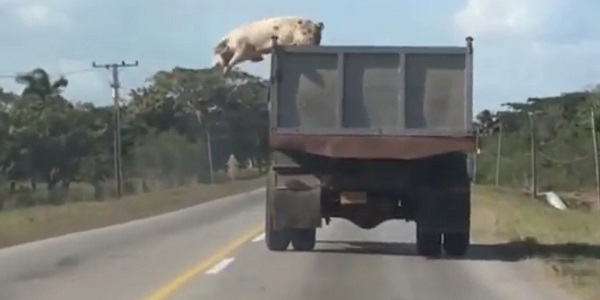 The animals jumped from a high height. A human would have broken a few bones from jumping, but the pig simply got up and moved to the side of the road. We hope he is roaming free now and away from any sharp objects. The sneaky swine obtained a freedom he truly deserves.

Below you can watch the video of this amazing story:

Written with love and coolness by karrinah on June 13, 2014 in Amazing Stuff How do you rate this article?