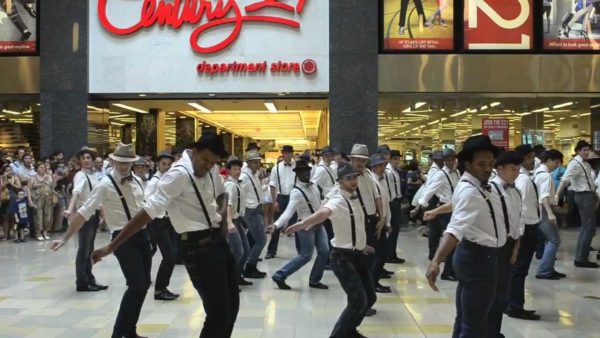 The crowd from Bergen Mall truly enjoyed the performance of the ‘all male flash mob’ and cheered on the dancers as they performed back flips and jaw-dropping stunts to a music compilation which included hits by Michael Jackson & Lenny Kravitz. Such a nice choreography; they got style and nice moves. In other words, they killed it! 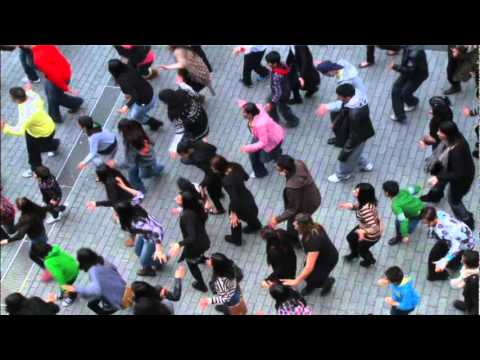 Shake those money makers on Indian music! Check out this flash mob which was made in the center of Birmingham, England for an official Indian music video called Foji -Pumbeeri. Cool ! 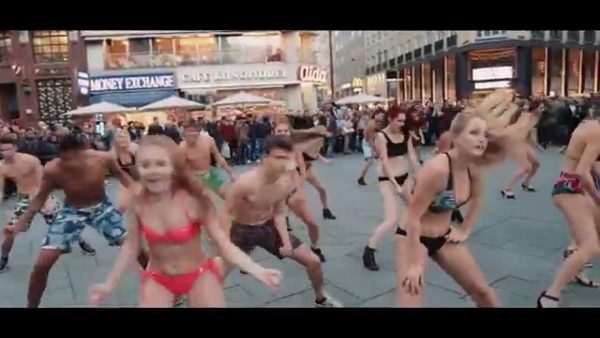 This is not the biggest flash mob you will see, but certainly it will be the coolest !  Who cares if it’s winter? We all miss summer ( as you will see, some more than others…) and what is the best way to celebrate the summer vibe feeling? Bikini flash mob in Stephansplatz, Viena!!!!

The idea of  flash mobs appeared in 2003 and quickly captured the whole world. People all around the world love this kind of artistic expression because spontaneity and desire to bewilder others have ruled the mind of people looking for new ways of self-expression.

If you like dancing, singing, and consider yourself spontaneous, it is never too late to call your friends and do something unique. If you like this article, share it with your friends and let us know when was the latest flash-mob or when is going to be the next one! Remember, stay young and feel free to dance and express yourself everywhere!

1 2
Written with love and coolness by Anamaria Nichita on November 8, 2016 in Awesome Stuff How do you rate this article?