Want to watch the world’s biggest flash mobs? We’ve got the 10 largest and most impressive flash mobs ever! In videos and pictures, with details and comments.

Hey there! I guess you are here because you love dancing, having fun, and of course, doing unusual, crazy things ( like those super cool huge flash mobs you gonna see below!). Don’t hurry yet to scroll down, let me tell you first what a flash mob is, just to be sure that you really understand how fun this is!

So, a big flash mob is a new trend! A group of people who assemble in a public space ( usually a market, a mall, club and so on…) and perform a dancing act, sometimes with awesome choreography, for a brief time, and quickly disperse. They are usually strangers who chat online via e-mails, Facebook, Twitter, deciding what and how to do it, when and for what purpose. The main purposes are just having fun (duh), entertaining the people around and of course artistic expression (publicity as well, if I might add).

This picture below shows how a big flash mob looks like: 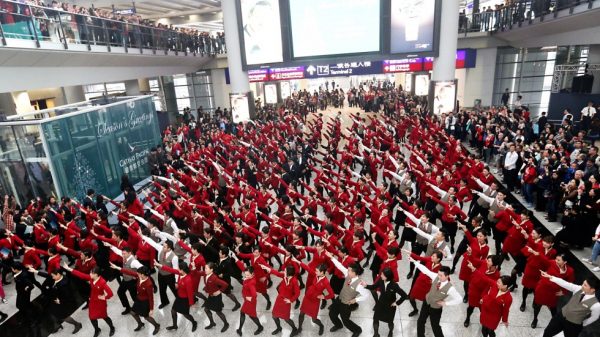 For the last few years, the flash mobs have evolved and are getting more and more interesting, funny and surprisingly unusual. For instance, many people nowadays, are using flash mobs for raising money for poor children, needy people, and other different charity cases. It is really cool to find people who can join you in this kind of activity; no matter where they are, they dance in large groups and spread happiness all around!

As you are going to see, ( now that you know what a flash mob is) people (especially the young generation) have taken very those group activities seriously, practicing and preparing a flash mob with 2 or 3 months before it actually happens. Good music never dies – same for their awesome deeds.

Scroll down the page and see a list of the most impressive flash mobs from all around the world! You will be pretty amazed and I’m sure you are going to call your friends and try one of these crazy, new dance trends! Check it out… 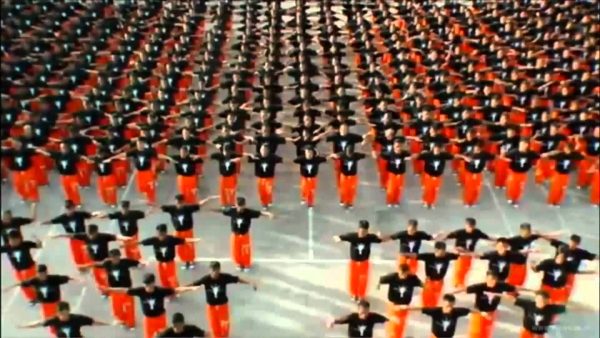 It is said that dancing makes you feel free! Check out those ‘black and orange inmates’ from a Philippine prison in 2010, who killed it on a Michael Jackson’s song! This is the biggest flash mob video, which sends a powerful message that refers to peace! The end  is pretty glorious.

I really wasn’t expecting to see 2,000 Russian students who stood together and held white sheets of paper in the air to form a human portrait of the Russian president Vladimir Putin! Super cool flash mob, you guys… 3D, artistic and funny! 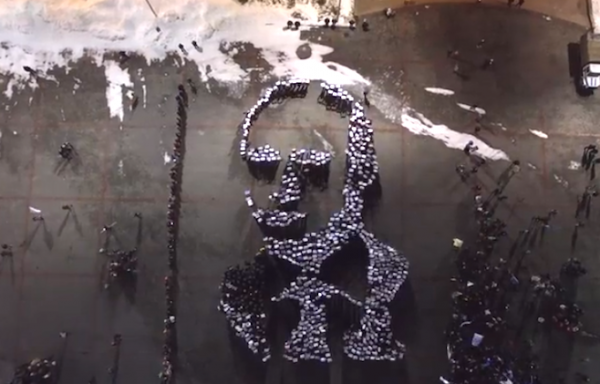 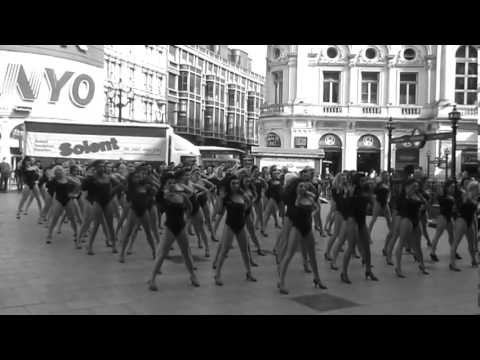 These 100 ‘single ladies’ are amazing! Coolest ‘all girls’ flash mob! Look how determined and powerful they are! Early in the morning, these beautiful ladies created a super-sexy flash mob in London’s Piccadilly Circus.. Go get them, boys! all the single ladies are here! 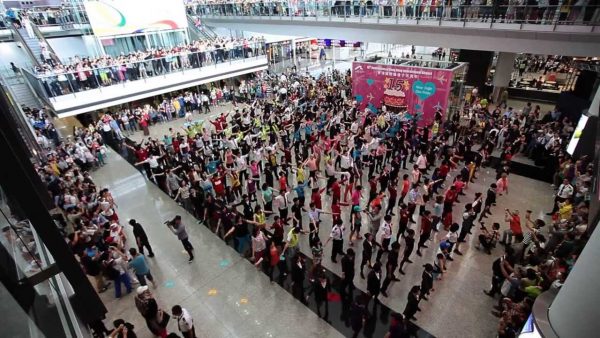 God, I love flash mobs so much! The collective effort and enjoyment of people working together to create something unforgettable are simply amazing. All the employees from Hong Kong International Airport gathered together and made this special flash mob to celebrate the 15th anniversary! 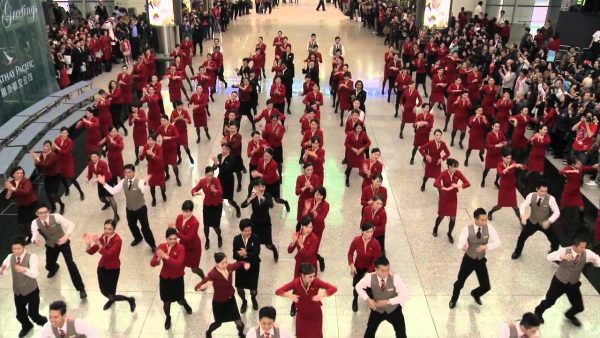 Wow, this is super cool! As the tune of ‘All I Want for Christmas is You’ rang out across the arrivals hall of Chek Lap Kok airport, several flight attendants suddenly broke into dance in 2012 on Christmas Eve!

I guess this means to please your employees! (and pay them a consistent …salary) They have no worries and they are just having fun at work! This flash mob had the purpose of raising money for ‘Operation Santa Claus’.

This concept ‘singers flash mob’ is a trend in Hamburg, Germany. Weekly, people who like to sing no matter if they are ‘shower’ singers, car singers, or professionals, can join in the ‘Hamburg sings’, and transform a public place into their own private scene, their own concert! Read more about and see other details here. 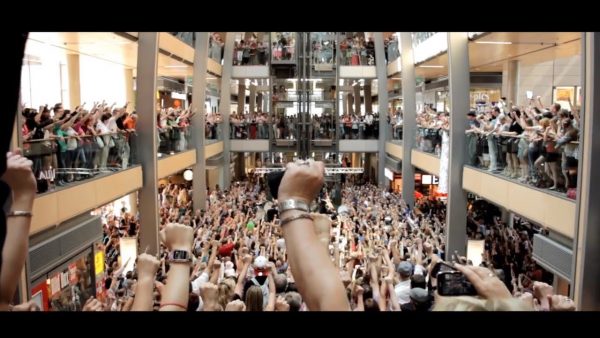 When it’s not about dancing, well… it’s about cool music! Check out how awesomely those guys were in a shop center in Hamburg, Germany in Summer of 2013… They rocked it! 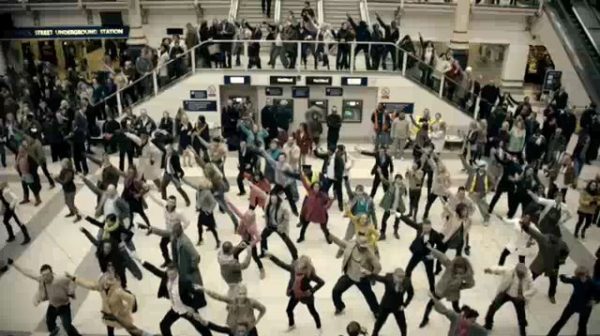 This flash mob gathered all the people from Liverpool station in one unity. It is great to see how people work and have fun together to create something this cool! This flash mob below was so awesome, that it became a t-mobile commercial. Check it out!

See some more of the coolest flash mobs on page 2

1 2
Written with love and coolness by Anamaria Nichita on November 8, 2016 in Awesome Stuff How do you rate this article?