Roona Begum Girl With A Head Twice The Normal Size

Roona Begum is a 18 month old baby with severe hydrocephalus which made her head swell to twice the normal size. The poor baby’s life was threatened by this rare medical condition. If you’re curious to see what can be done for the baby whose head swell to twice the normal size, let’s find out together. Warning: the images are not for the faint of heart.

Roona Begum lives in the village of Jirania Khola, India, and her severe swollen head is caused by a medical condition knows as hydrocephalus. The cerebral fluid is not properly drained, and it causes the head to swell and deform. 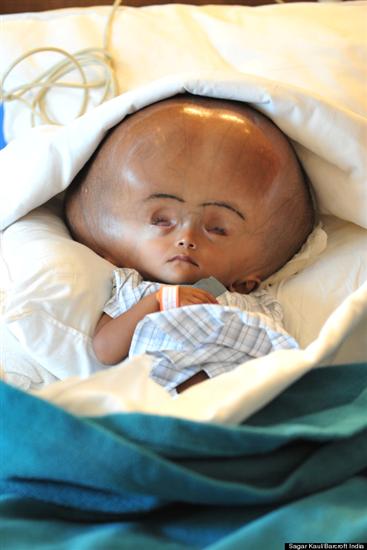 Due to the immenseness of Roona’s head, the rest of her body could not keep up, hence, she could not sit up, crawl, or do any of the things a normal child would do. Moreover, the skin from the base of her head was not getting propper irrigation, and started to get infected. The little girl was severely malnourished, and half blind due to the fact that her expanding tissues forced her eyes to go deeper into their sockets. 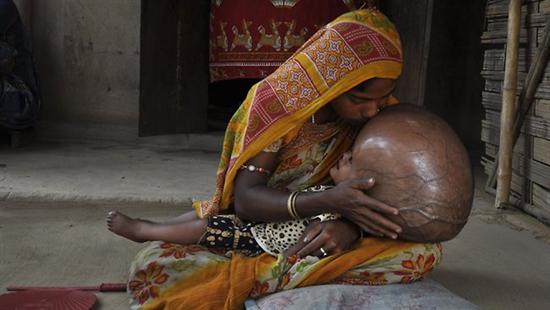 Due to extreme poverty, the child’s parents could not afford the simple procedure that involved a shunt being placed inside the baby’s brain, which would allow the fluid to be drained into another part of the body, where the bloodstream could process it. 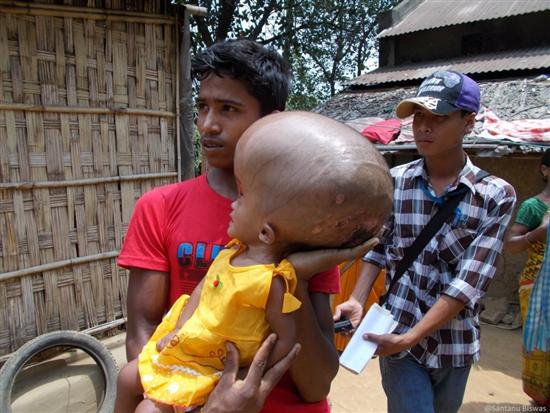 Luckily, after having her pictures distributed worldwide, the child was flown to a hospital where the doctors pierced her skull, drained nearly 3 liters of fluid, and inserted the much needed shunt. Two weeks after the draining process began, Roona’s head’s circumference reached 69 centimeters from the astonishing figure of 94 cm. 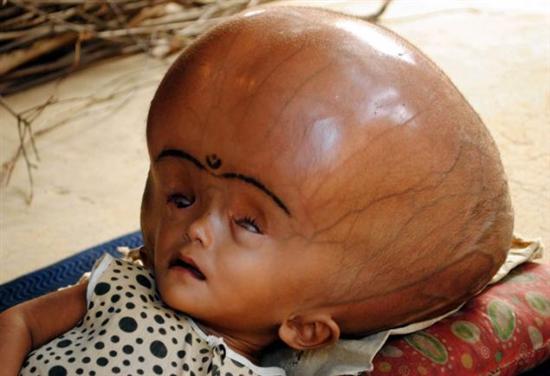 Sadly, the baby might have suffered damage in the left side of her brain, and could also be blind due to the fact that she could not use her eyes for such a long time. 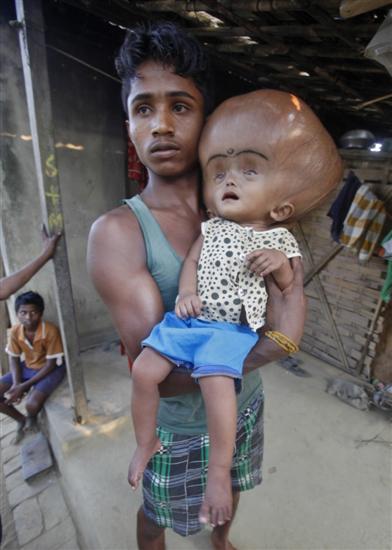 Her pupils are now visible, her hair got thicker, and she can open her mouth more often. The doctors still have to perform more surgeries on her, in order to reshape her skull to the normal size, and assure a normal growth for the baby girl.

Unfortunately, her parents’ earnings are of 2 pounds per day, and they could never support the bills for such operations. If you would like to support them, you can do so by visiting her site, and donating as much as you can. 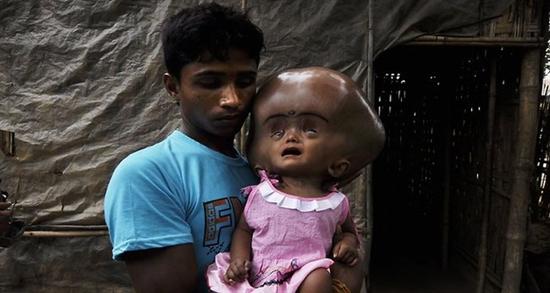 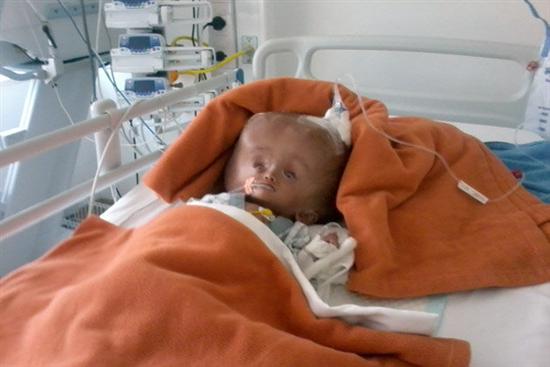 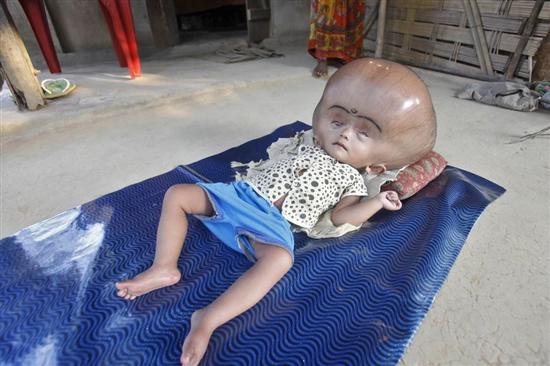 See a video of Roona, the girl with a head more than twice the normal size, below:


Written with love and coolness by crissa on June 15, 2013 in Weird Stuff How do you rate this article?