Some of the latest Amazing Discoveries about Biggest Dinosaurs, the largest animals that ever lived on Earth – read about the 5 largest dinosaurs that lived on this planet.

First, let’s read about the incredible story about the tallest dinosaur in the world

The anthropologists from Argentina recently found a group of bones that proved to be something amazing. They found bones that would sum up to  40m (130ft) long and 20m (65ft) tall dinosaur.

It means that the creature to which these bones belonged is the biggest dinosaur that every lived on Earth. 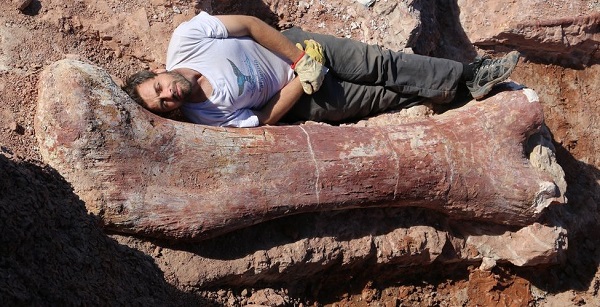 The researchers believe that the creature was from the species of titanosaur.

With a weight of over 77 tons, this extinct animal is now holding the record of the biggest animal that ever lived on our planet.

A farmer found the bones near La Flecha, at 200 km distance from the west of Trelew, Patagonia. A team delegated from the Museum of Palaeontology Egidio Feruglio, led by Dr Jose Luis Carballido and Dr Diego Pol, made the excavations and studies.

They found about 150 bones that belonged to the biggest dino in the world. Even if they couldn’t find the entire skeleton of the animal, the team could still figure out the measurements and shape. 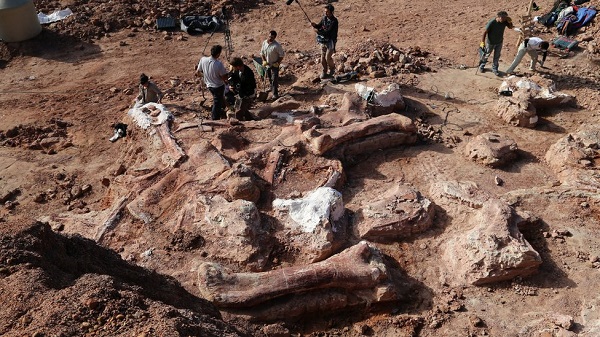 The dinosaur is equal with a seven-story building. It was an herbivore that lived in Patagonia around 100 million years ago.

The scientists believe this might be a “big one”, but more studies and analysis must be undertaken before came to a conclusion.

Take a look at the next video for more info about the biggest dino in the world:

If you thought that the T-Rex is the biggest dinosaur around here, you’re wrong.

Spinosaurus is a species of carnivore dinosaur with a mouth that resemble the claws of a crocodile. It weighted around 7-9 tons and was 50 feet long. The food consisted mostly of meat and fish. 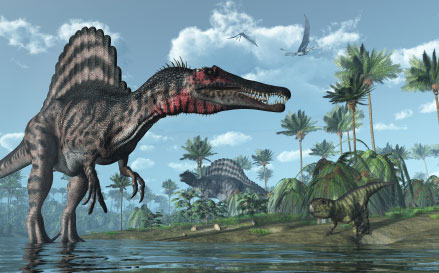 It lived in the swamps in the North Africa. It was very long and its skin had spiky protuberances.

The era in which it lived is Middle Cretaceous, around 95 million years ago. 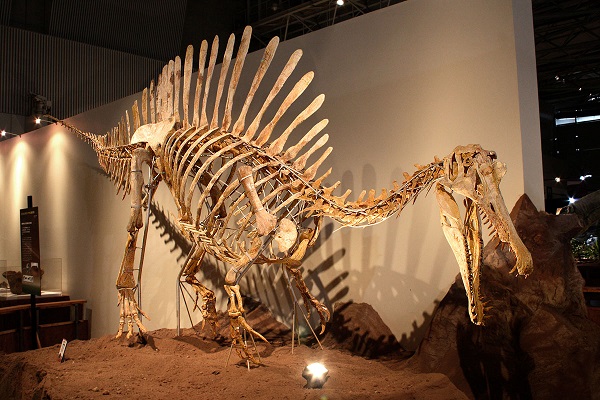 Middle Cretaceous is the era that hosted one of the biggest dino in the world. Around 100-90 million years ago, the Argentinosaurus was one of the hugest animals that stomped on this planet.

With a width of 130 feet long and weight of 110 tons, this ferocious animal was feeding only with plants. 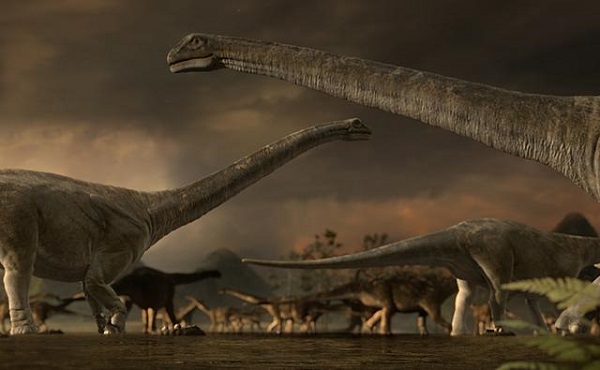 This dinosaur had a long neck and a relatively small head. As its name states, it lived in South America, somewhere near present-day Argentina.

There are several other discoveries that might suggest a bigger dinosaur than the Argentinosaurus, but there are no sure evidence of this fact. 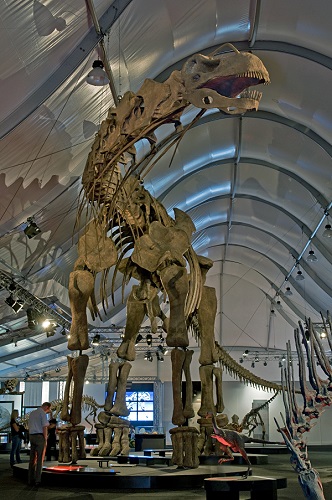 It seems some of the biggest dinosaurs lived in North and South America. This species of dino also lived in Middle Cretaceous and was herbivore.

It was about 100 feet long and weighed around 60 tons. Bones of this extinct animals were in the soil of Oklahoma in 1999. 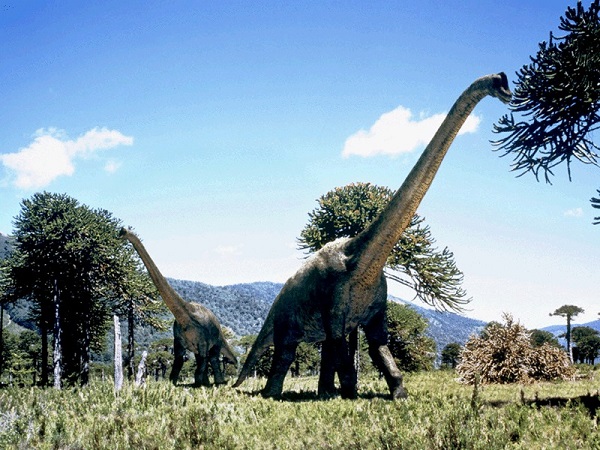 However, some people speculate that this dinosaur was omnivore and it also ate small mammals and insects.

Quetzalcoatlus is the biggest flying dinosaur ever to live on earth. The wingspan of over 30 feet, makes it the largest animals ever to fly on our planet.

This carnivorous animal lived in Late Cretaceous, around 80-65 million years ago. 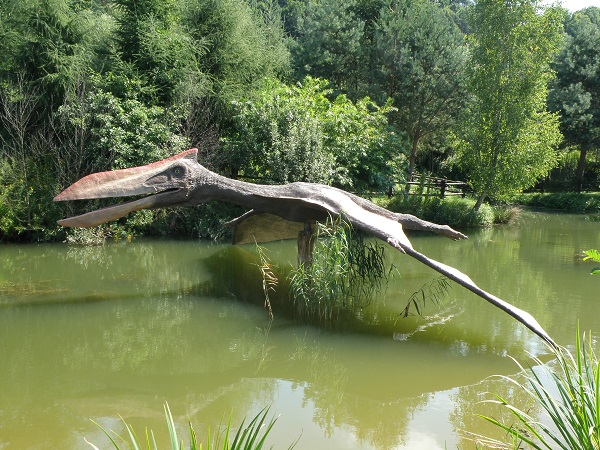 It weighed about 200 pounds. It was one of the most impressive creatures to live on earth. It’s not sure if it was a mammal, reptile, insect or bird.

Bones from the skeleton of this animal were found on the shores of the North America.

Next, let’s watch a video about the hugest dino ever:

Written with love and coolness by karrinah on May 24, 2014 in World's Biggest Things How do you rate this article?