Incredible Videos and Photos of People Getting Chased by Bears! 6 Cases of Hikers, Joggers or Cyclists Getting Attacked and Chased by Huge Bears!

Can you imagine what it feels like to face one of the forests’ most dangerous predators? How would you react when you can’t run, you can’t play dead neither can you climb a tree because he’ll come after you? I think I’ll just scream and then faint, at least I’ll be sleeping when it eats me… 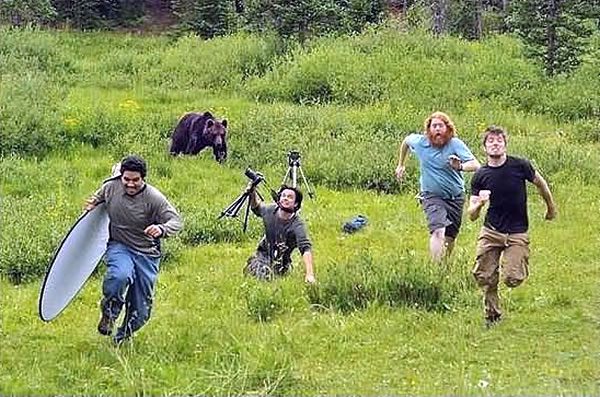 Maybe animals seem to be pretty on TV while you’re comfortably watching Animal Planet from your couch, but in real life, I’m pretty sure that you’ll find them scary and dangerous. People trespass animal’s territory and by trying to defend themselves or their babies, animals can become more than aggressive, they will surely kill you without any hesitation.

in the woods and outside, which fortunately didn’t end up tragically. What a hell of a ride!

Bear Chasing Down Cyclist in the Slovakian Woods 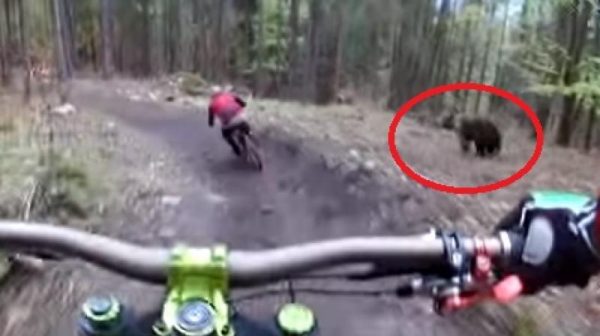 In May 2017, the appeared on the internet and raised hundreds of views pretty quickly. Two Slovakian cyclists had a very unexpected encounter while they were racing in the forest. A bear appeared as from nowhere and started chasing the first cyclist while his friend was recording the terrifying moment on camera.

Fortunately, the huge bear changed its course midway and headed back into the forest before anyone got hurt. The local media said both men were terrified about their experience but also happy that they are alive! 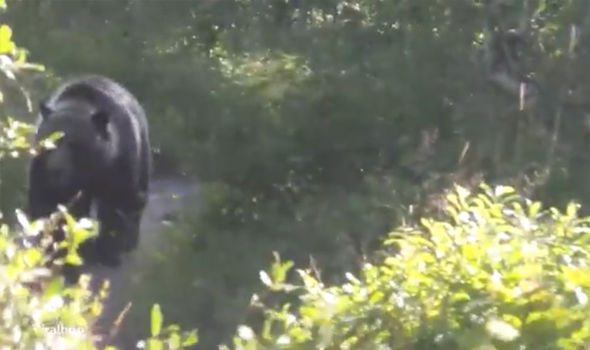 In August 2016, a group of hikers lived the most intense 30 minutes of their life: they got chased by a Grizzly Bear in Montana’s Glacier National Park, SUA. During the terrifying 30 minutes of stalking, the hikers managed to record the encounter as they walked quietly hoping the bear will finally leave.

In the footage below, you can see the bear chasing the hikers on a forest path for 30 long minutes, luckily without getting aggressive. The person filming the video can be heard breathing heavily throughout the footage as he was truly scared about what could be happened. 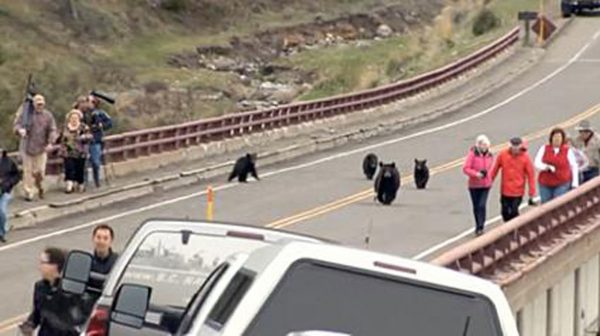 In May 2015 a group of tourists got chased by a group of bears in Yellowstone National Park. The encounter was unexpected and pretty scary for everybody, but at least, the group learned why it is never a good idea to get so close to a mother bear and her cubs.

Luckily, no person or bear was hurt, but in the footage below you can see the tourist’s scared faces (no wonder). The bear and her cubs finally climbed in a three as the tourists got in their cars and left the park safe. 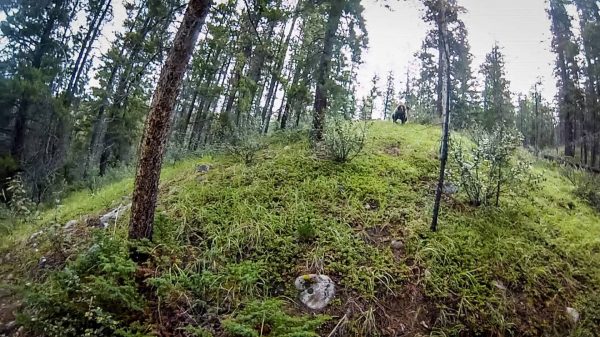 While mountain biking in Jasper, Alberta on August 4, 2013, Dan and his cousin Brad Paras encountered a big scary Grizzly Bear. In Jasper National Park is known that bears encounter can be very frequent, but the two men didn’t expect at all for a bear to chase them like that.

In the footage, you can see one of the men recording the surroundings while mountain biking, when suddenly he turned his head to the right and saw a big bear running towards him. He got off his bike and run down on a hill, trying to hide from the ferocious animal. The end of the footage shows the two men trying to leave the forest while still searching for the bear. 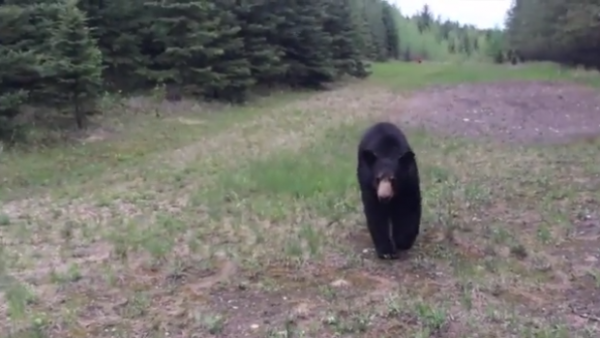 In June 2014, two men out for a run in Fort McMurray, Alberta, Canada, had an unexpected guest who probably wanted to jog with them. The two men recorded the whole stalking moment where you can see the bear becoming increasingly aggressive. It is running or climbing trees, trying to scare the joggers, in order to make them his prey.

After a long cat-mouse game, the bear climbed a tree and the two men managed to run away from the animal. They finally got to their car, happy that they got out alive. Their video was posted on youtube and raised quickly hundreds of views.

Housemates chased by 3 Bears in their House 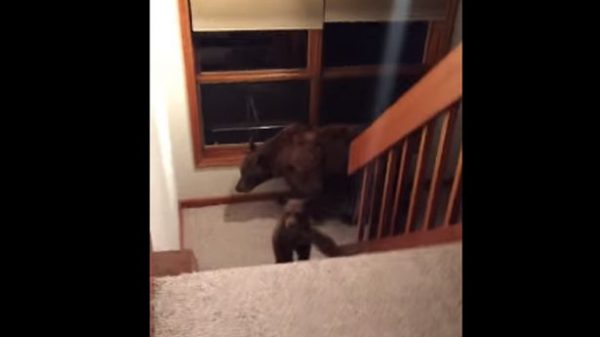 In August 2016, two housemates were chased by 3 bears in their house! The terrifying moment happened in Mammoth Lakes in California, on a quiet Wednesday afternoon. Rodney came from work late at night while his friend was sleeping with the house doors largely open. When he got into the kitchen he found a mother bear with her 2 babies searching for food.

The footage starts with Rodney yelling at his friend ‘We have a bear inside of our house’, as he was trying to go upstairs and hide. Suddenly the bear lets out a ferocious growl and you can see him following Rodney on the stairs. Rodney and his housemate got into a room, locked it and stood there for about an hour waiting for the bears to leave.

Wild animals are dangerous no matter the circumstances. If you accidentally encounter an aggressive bear you need to stand your ground and prepare to use your deterrent. You need to show the bear that you are bigger than him, so try to make a step or two toward the bear while treating him with something handy like pole or bear spray.

What is more important, stay safe and try not to go in places that you can encounter wild, dangerous animals. Share this article with your friends and enjoy it!

Written with love and coolness by Anamaria Nichita on July 14, 2017 in Amazing Stuff How do you rate this article?