7 real cases of incredible dumb road workers who forgot pillars, lamp posts, transmission towers, electricity pylons and poles in the middle of the road, after the road was finished! It’s not about pranks, there are such terrible road developers!

Yep, it happens. It is human nature to make mistakes, even if  this kind of mistakes might endanger the drivers of the roads whose (dumb) developers didn’t see that a pillar or a pole might end up right in the middle when they were building! Workers who forgot lamp posts and pylons on the finished road!
We will present you some real cases of this kind of appearance of mysterious pillars out of nowhere, that are in the middle or exactly on the driveway!

Lamppost, poles, pillars in the middle of the road 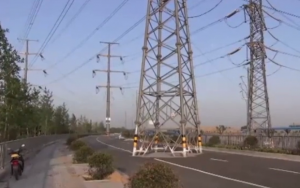 This one is really incredible! electricity pylon exactly in the middle of the roadway?! Hillarious? Yeah, but so dumb as well! According to the local news, the road developers of this new road in Henan Province, China,  planned the route without realizing that the transmission tower will end up right in the middle of the road, although it is hard to understand how this can happen. 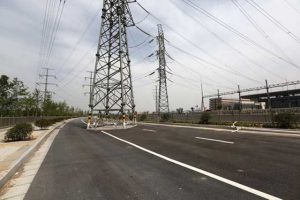 The issue is about to be solved by the electricity company along with the road developers, and let’s hope they will do this before any kind of accident will occur. I, honestly, can’t understand how this could happen. I mean, it’s not like you could skip such a huge electricity pylon (well, I’m not a road developer, so my opinion doesn’t count) but we have to appreciate the road workers, only because they did what they had to do, no matter how big the obstacle is (coughs). And we have to admit is a huge electricity pylon!

Igembe North, Kenya – electric pole in the middle of the driveway

In Igembe North, Kenya,the development of the roads and the electrical web meant to the locals not a joy, but a problem. This development turned into a complicated situation, because of an electric pole, which ended right in the middle of the roadway. I say complicated because the constructor of the road declared that the pole was placed after the road work finished, while the electricity company insists that the pole was there before the road work began (do you smell a liar here?). So people started to think… who was there first? Like… the egg or the chicken?…

It is a bit funny how nobody wants to assume the responsibility when it comes to paying for mistakes that have been done, but a fact that cannot be denied is that the pole was in the middle of the road, which ‘happens’ to be a curb there, so it is endangering the drivers lives, being forced to slow down in order to avoid an accident. We don’t have any information if the pole was relocated or not, but let’s hope that the problem has been solved!

Craiova, Romania – electricity pillar right in the middle of the driveway 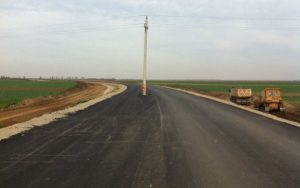 While working on the ring road of the town, the road workers had the surprise that the road ends up with an electricity pillar right in the middle of the driveway! Once again they did what they had to do, because the thing got mixed when somebody had to assume the responsibility for  relocating the pillar. The electricity company assumed that they will move the pillar when the amount of money needed for it will be paid by the constructor – amount that was considered too big. 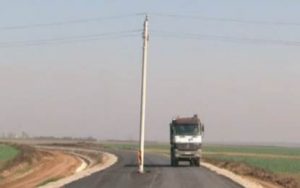 The explanation came from the National Company of Roads, according to the local news ,  the representatives declaring that this measure was necessary (say what?) because of the danger of compromising the whole road as a result of the water infiltration, so they decided to seal the area beside the pillar and pour the asphalt, following that when the amount of money will be paid, the pillar to be relocated. At least they have an explanation – blame it on the water. The pillar was eventually moved, and you would say that the drivers are now safe, except the fact that the road cracked right before being put in use! Yes, only in Romania.

We understand why light pillars in the sky are cool, but not on the road!

London, Great Britain – Lamppost was forgotten on the road 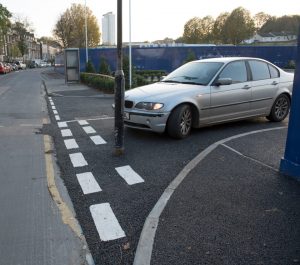 Here we have a case where turning left (or right) might mean crashing your car. It happened in London, where after the relocation of a junction in a redeveloping area project, a lamppost ended right in the middle of it. A funny fact is that, according to The Sun, the lamppost was believed to be relocated, but it still ended in the middle of the junction, disturbing the traffic! What can we say, stubborn lamppost… 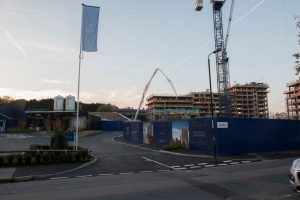 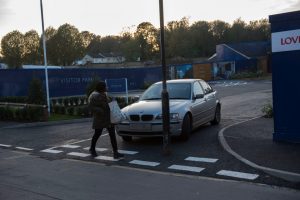 Limerick, Ireland – a lamppost in the middle of the local road 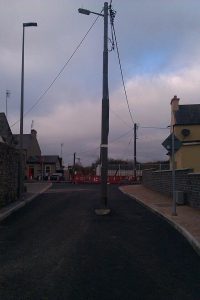 During the progress of some roadworks in Limerick, Ireland, once again a lamppost ( we don’t know if as stubborn as the previous one) ended up in the middle of the road.

We don’t know much about this case, but let’s just hope that it will be relocated before the road being put in use.

Gugiesti, Romania – a power tower stands almost in the middle of the road 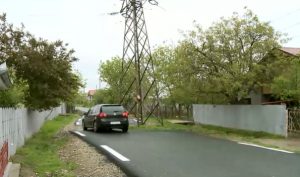 It happens once again in Romania, where during some roadworks, the workers realized that a power tower stands almost in the middle of the road! Once again, they had nothing left to do but pouring the asphalt as they could. 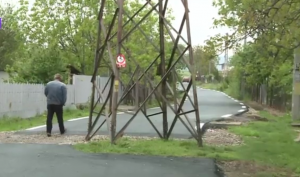 According to the local media, the transmission tower was built in 1974, and because of some landslides, about 100 families were relocated, so the pole wasn’t disturbing anyone until they poured the asphalt. The joy of the locals, who believed they will finally have the asphalted road (which is an actual problem in Romania, btw), was diminished by that steel lattice tower, which makes driving on that road a challenge.

The electricity company declared that the transmission tower is not their property and they don’t have the equipment and money to relocate it. I guess we don’t always get what we want, do we? But I think we should NOT have a power tower in the middle of the road!

It’s not enough that the authorities are so dumb, but there are roads that collaps, making cars fall into huge sinkholes!

Quebec, Canada  –  utility pole in the middle of a highway 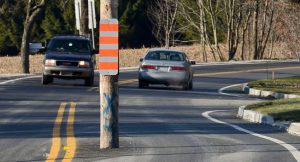 According to the news, the reason why a utility pole ended right in the middle of a highway in Quebec was the miscommunication between Transport Quebec and Hydro Quebec, the provincial power utility.

The utility pole was eventually moved after two months, but it is still such a shame that, after all this progress in the matter of communication, miscommunication can be a reason for compromising the safety of drivers! For me it’s something like a fight between two kids: “I told you!” , “No, you didn’t!”.

How about the pole in the middle of the pedestrian crossing? 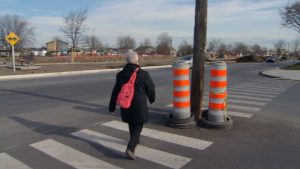 Written with love and coolness by Rozalia Cristina mihai on December 6, 2016 in Weird Stuff How do you rate this article?