Top 4 – The largest hornets, bees, and bumblebees ever. Read about these 4 terrifying, yet spectacular biggest bees and wasps.

1. The Megachile pluto – the giant among bees

The biggest bee ever discovered is Megachile pluto. The popular naturalist, Alfred Russel Wallace did research on the animals and plants in the jungles of Indonesia. In 1859, he found an extremely rare species of bee. However, for the next 120 years, no one else spotted again the largest bee on Earth, and they believed it came extinct. 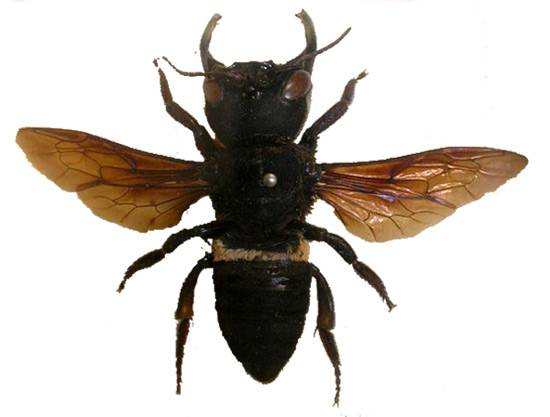 Compared to the other bees, the largest bee in the world is a monster. While the smallest bees are only 1.8 mm (1/16 inch) long, this bee is 22 times bigger, measuring not less than 39 mm (just over 1 1/2 inches) long. The female’s wingspan measured about 63 mm (2 1/2 inches). The head was enormous, and it had huge pointy jaws to gather the resin.

In 1981, the biologist Adam Messer found six nests on Bancan.

In the next photo, you can see just how big was the largest bee compared with a regular bumblebee and a bee. 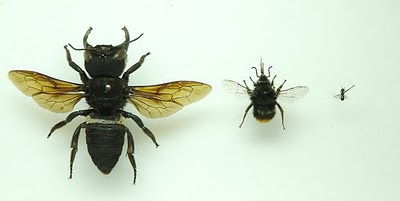 2019 UPDATE: Amazingly, the giant bee was spotted again after 38 years! in the North Moluccas islands of Indonesia in January 2019. Iswan, the lucky guide who discovered the humongous bee, noticed a ‘termite’ that was “very round, and just the size a giant bee might use,”. He couldn’t help his astonishment, so he started an investigation right there, to uncover the mystery.

Eli Wyman, an entomologist from the American Museum, confirmed the hole is definitely a Wallace giant bee nest. 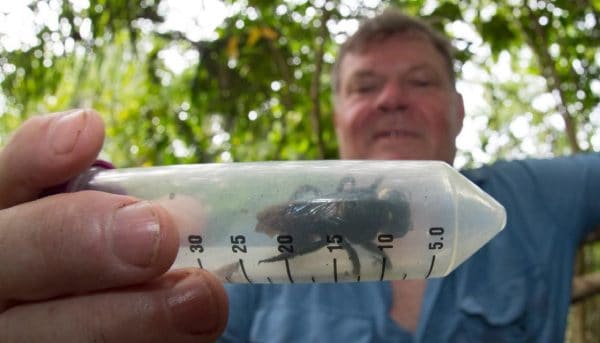 Clay Bolt holding the Giant Bee inside the container

The Asian Giant Hornet is an extremely dangerous species of hornets. They are extremely big and can be fatal. Especially, the Japanese Giant hornet that is a subspecies of these nasty insects made numerous victims.

The 6.25 mm long stinger will inject a very potent venom into the victim or thread. The researcher who studies these creatures reported that this giant hornet’s attack felt like a hot nail into their leg. The hornet can chase the enemy for 3 miles and reach speeds of 25 mph (40 kph). And that’s not all. It will also disperse pheromones which will call other hornets to help it. 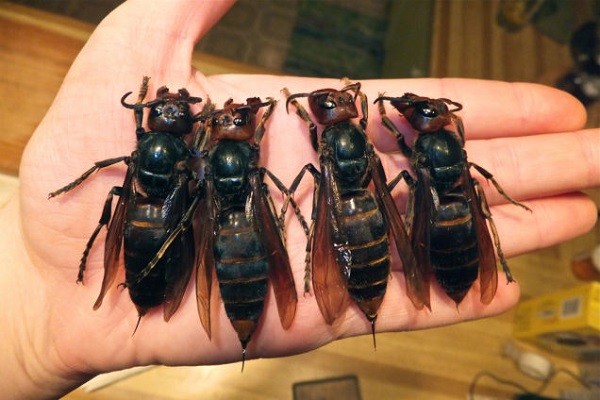 Let’s see what National Geographic is saying about them

3. The Largest Bumblebee on the planet

This next giant bee is a fluffy and interesting creature that lives in Tierra del Fuego, South America. They were once called “flying mice” or “a monstrous fluffy ginger beast”.

They are in danger of becoming extinct because of an infection brought by the first Europeans who stepped on American land. 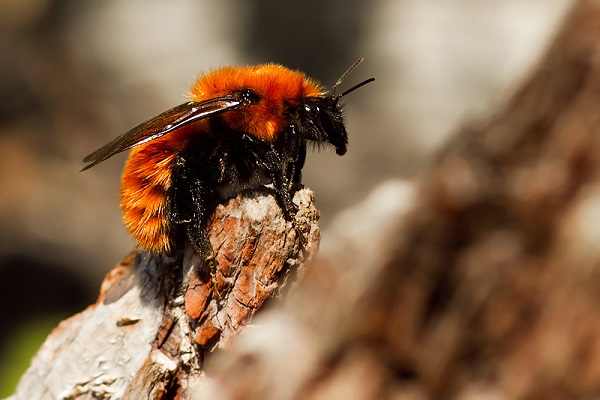 The Bombus dahlbomii can grow up to 40 mm long and the experts believe that they will become extinct pretty soon, because of the species of bees brought from other regions. 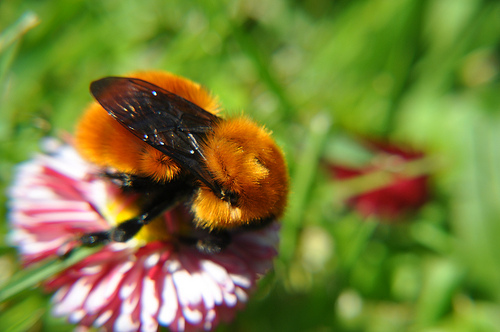 What better way to see the huge bumblebee than on a hand?

This wasp is both scary and huge. Its looks is not as scary as the other bees on this list, but its behavior is. You will always be advised to leave this insect alone if you see one and take distance. 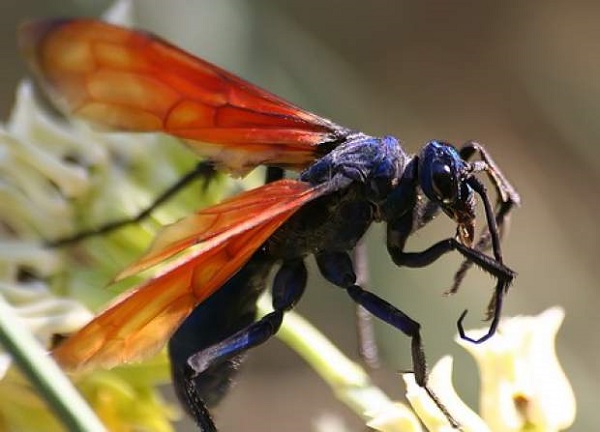 This wasp looks like it came out straight from the Halloween stories. It lives in New Mexico, and it’s the official state insect since 1989.

The biologist, describes its sting to be the most painful and burning of them all. Justin O. Schmidt describes it: “Blinding, fierce, shockingly electric. A running hair drier has been dropped into your bubble bath”. You don’t want to mess with that. 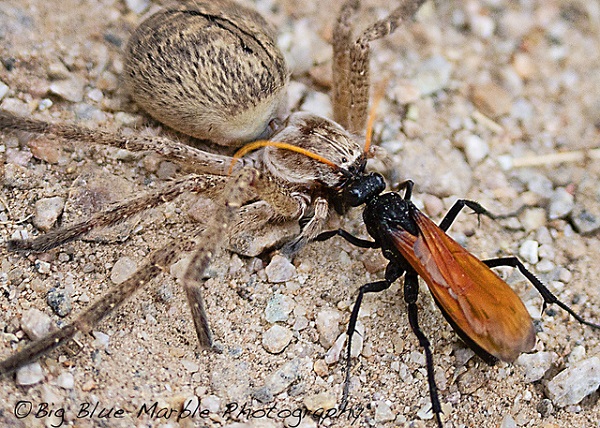 It can grow up to 2 inches (50 mm). It is common to see these wasps attack spiders and tarantulas. They will paralyze the prey and drag them to their nest. The wasp will use the body of the spider for laying the eggs.

Below, you can watch a video about an encounter between a giant Tarantula Hawk Wasp and a tarantula.

Written with love and coolness by karrinah on October 16, 2014 in World's Biggest Things How do you rate this article?