Rubik cube fans are going to love the building which has been entirely turned into an illuminated Rubik’s cube. Javier Lloret turned a building into this very popular cube for his thesis. Read more about the biggest Rubik’s cube in the world right here.

Javier Lloret transformed an exhibition center from Linz, Austria into a gigantic Rubik’s cube! Solving suh a puzzle is a hard deal for most of us, but at least we do it in the comfort of our own homes, but the world’s biggest Rubik’s cube is in plain sight! And everyone can see you trying to solve it. 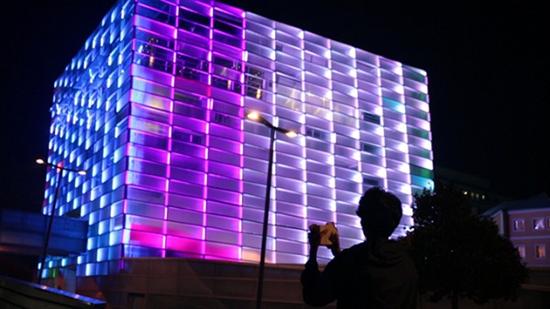 Lloret designed the building’s facade into the famous puzzle with the use of lights. Ars Electronica exhibition centre is now the proud owner of a very ingenious electronics. 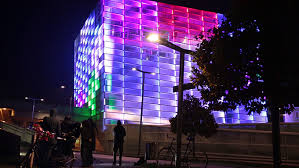 How does the huge Rubik’s cube work?

The player interacts with a specially designed interface-cube. The interface-cube holds electronic components inside that allow for it keep track of its orientation and the rotations of each side of the cube

Once collected, the data is sent via bluetooth to a computer that controls the Puzzle Facade designed software. 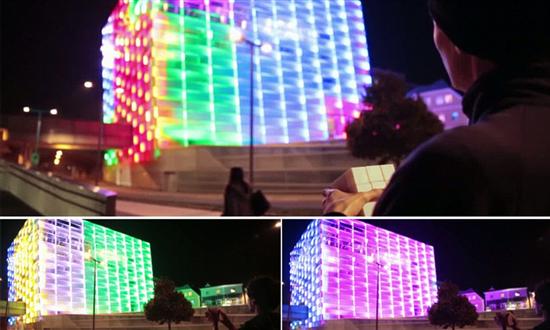 Now, if you think Rubik cubes are hard, this one is even harder. You can twist a normal cube on every side, but you can’t do the same with this one. The trickiest part is the fact that when trying to solve this puzzle, you only get to have a visual of two sides at a time. 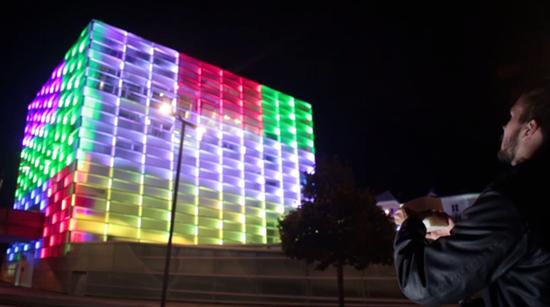 Have a look at the to see the world’s biggest Rubik cube.

Written with love and coolness by crissa on December 4, 2013 in World's Biggest Things How do you rate this article?