Scientists achieved the amazing human ‘mind meld’ by connecting the world’s first human brain-to-brain connection. A scientist managed to control the movements of his colleague via thought. Read more about the experiment here.

A team of scientists has managed to connect two human brains connected through the almighty internet. The experiment was compared by the other members of the research world to the Vulcan “mind meld” from the oh-so-famous Star Trek series.

Rajesh Rao, a researcher from the University of Washington is the brain behind the whole experiment. Rajesh managed to control the movements of a fellow researcher’s hand, who was located far, far away, all the way across the campus, using nothing more than the power of thought. Pretty amazing, isn’t it? 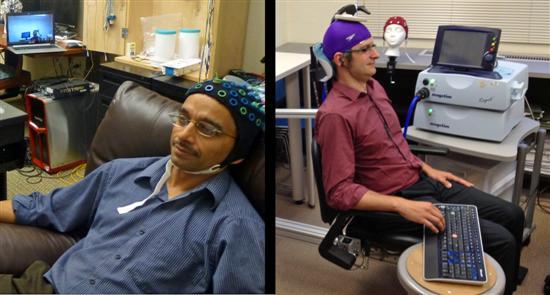 How is this possible, you ask?

Well, the experiment involved the use of a cap full of electrodes, a viable internet connection and a magnetic coil. Rajesh Rao wore the electrodes cap on his head; the electrodes picked up the signals sent out by Rao’s brain, and sent them via the internet to his colleague, Andrea Stocco’s brain.

Some would say that lovers don’t need electrodes to connect. Like these girls are connecting here 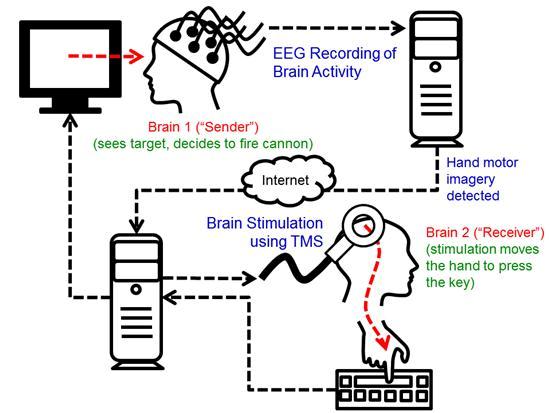 Professor Rao intended to hit the space bar on his keyboard in order to fire in a computer game. The ‘intention’ was transmitted to Professor Stocco’s left motor cortex, which is responsible with body movements. The stimulated cortex responded, determining Stocco’s hand to tap on the keyboard and fire!

What was once a way to connect computers from all over the world, is now a viable means to connect human brains to one-another. We are one step closer to turning telepathy into a treat that anyone can have, rather than just a psychic ability.

What could the amazing Brain-to-brain connection be used at? 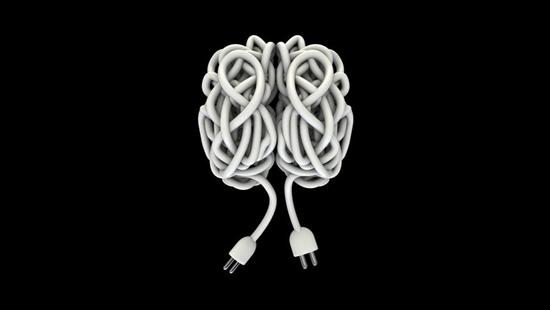 The medical applications of this amazing experiment are endless. It could be used by people with speech impediments to communicate with others, it could be used to send out messages faster… and many more! But the makers say that the system is not yet so advanced.

For now, the system is only able to read and transmit simple brain signals, but it could be able to read thoughts in no time.

Have a look below to see the brain-to-brain connection experiment:


Written with love and coolness by crissa on August 31, 2013 in Amazing Stuff How do you rate this article?