Titanus Giganteus is the world’s biggest beetle, and one of the biggest bugs in the world, having been known to grow up to seven inches long. Its jaws mighty jaws can snap a pencil in half. Also, these powerful jaws are used to tear the flesh off the attackers, but rest assure, the world’s biggest beetle is a peaceful little creature, that only attacks when in danger. Find out more interesting facts about it with us. 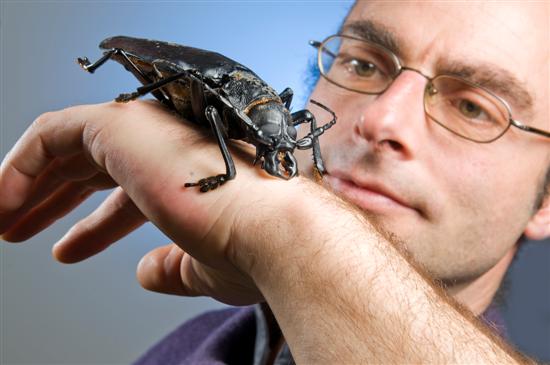 Now, if this is the biggest bug in the world, we would expect its larvae to be even bigger, right? Well that’s true, the larvae is presumed to be one foot long and approximately two inches wide, only problem is, the larvae has never been observed. Pretty weird, isn’t it? 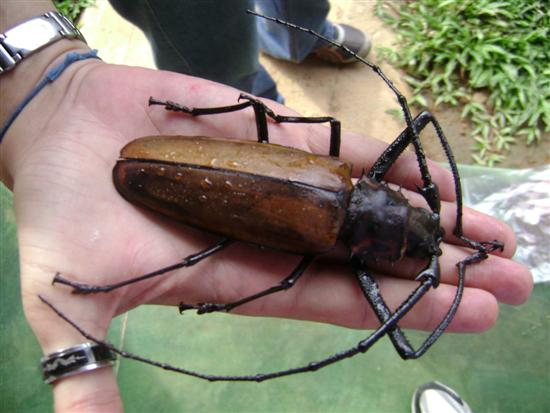 Titanus giganteus, or the Titan Beetle, is not only the world’s biggest beetle, but also, it is the most mysterious insect in the world. The males do not eat anything at all throughout their adult lives, and all of their energy gathered in the pupa stage, is invested in the flight of a ‘lifetime’ to find a mate, and perpetuate the species. 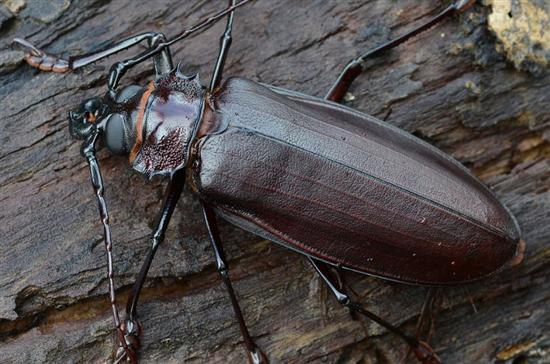 The Titan Beetle larvae presumably live in old trees in the South American humid tropical rainforests, and feed on the decaying wood underground for several years before they reach mature sizes. 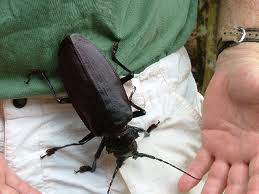 How big is the world’s biggest beetle?

The adults of the species can grow up to 6.5 inches (16.7 cm) long. And even though larvae have not been spotted, the holes made by them in decaying trees have indicated that that they are one feet long and 2 inches wide. 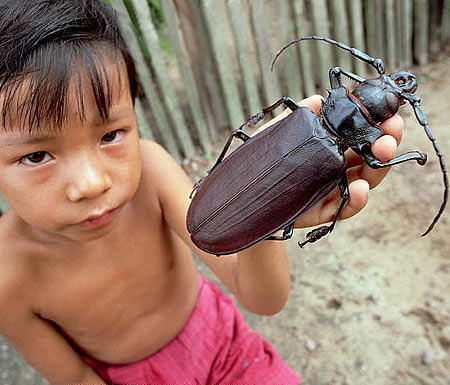 Since the females only sit around waiting for a male to find them and fecundate the eggs, they have very rarely been spotted. Only the males use their energy to fly around looking for his mate (sounds an awful lot like humans) 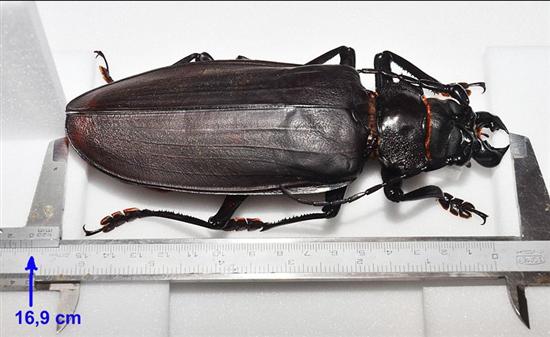 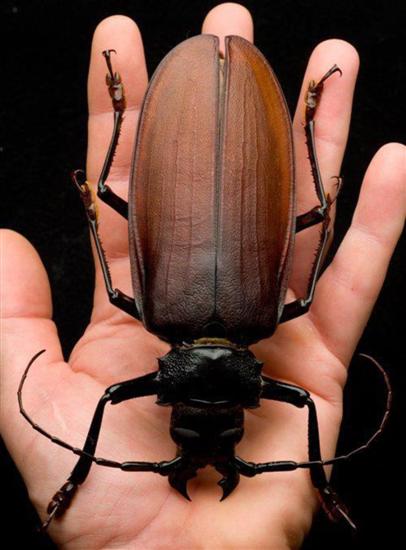 Patrick Bleuzen in French Guyana is the entomologist who has captured the largest Titan Beetle so far. Its specimen measured 16.7 centimeters, but there are surely more out there, even bigger. 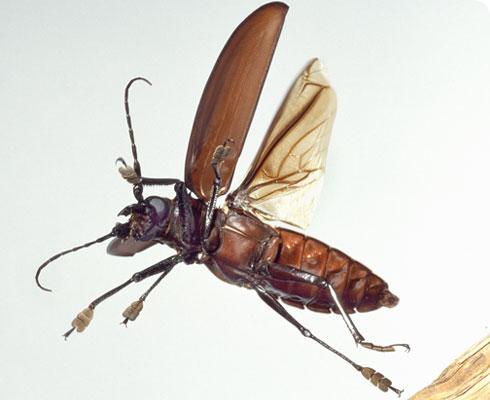 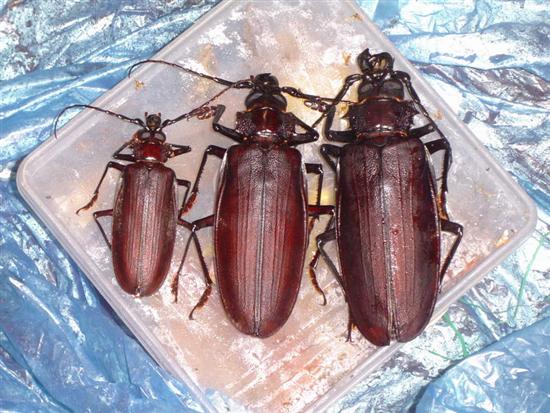 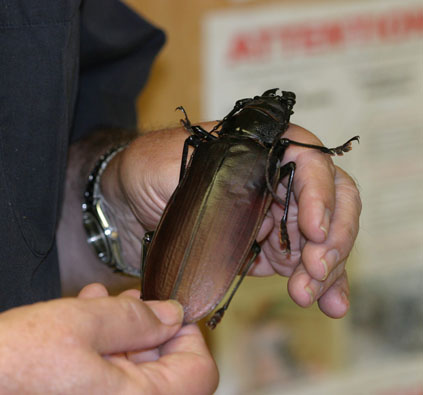 Below you can see a video of the world’s biggest beetle:


Written with love and coolness by crissa on July 23, 2013 in World's Biggest Things How do you rate this article?