A bizarre human looking alien body was unearthed in Chile’s Atacama Desert. The alien’s body was mummified and it looked like a miniature human, only 15 centimeters long. The tiny alien body had hard teeth, only ten ribs and darkish skin. Curious to know what the odd creature was? The mystery was solved in 2013 and we have the results right here. 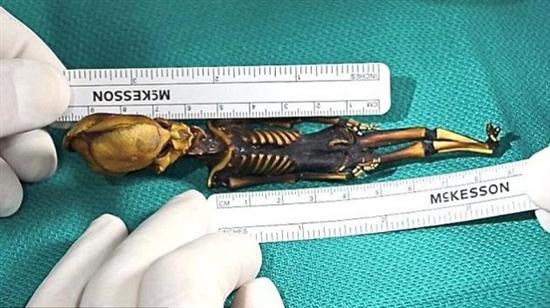 Back in 2003 a weird human-looking alien was discovered in the Atacama Desert. Since then, it has been through various hands and has been subjected to numerous tests in order for us all to find out what this creature is. Initially, after several DNA tests, the results came back and ruled that the humanoid was of “unknown classification”. The six-inch-long alien had hard teeth, had an elongated skull and ten ribs (unlike humans who have twelve pairs of ribs) Oscar Munoz was the one who found the bizarre body on October 19, 2003, close to an abandoned church. A local newspaper wrote that the creature was wrapped in a white cloth container. 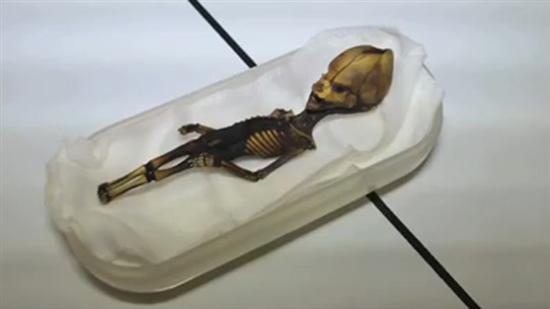 Later on, the tests have revealed that Ata’s DNA was closer to humans rather than monkeys or any other animals, but in 2013 scientists could say for certain that Ata was indeed human, and that he had an interesting mutation which stopped his growth. 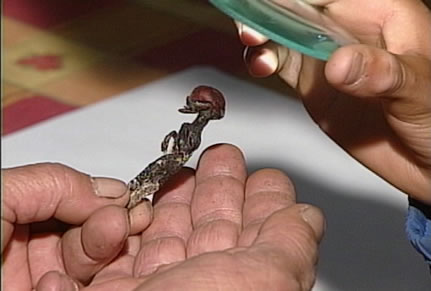 Ata was a male human and he had lived up till the age or 6 or 8. Scientists now wonder how small could Ata have been at birth. 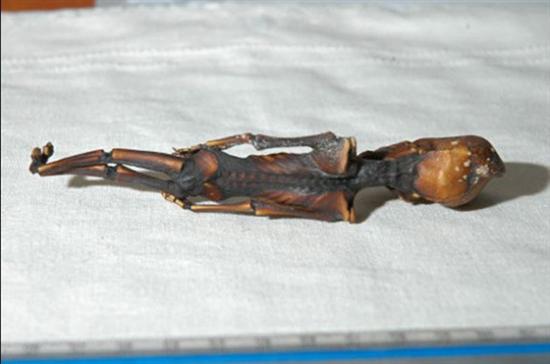 “The observed abnormalities do not fall into any standard or rare classification of known human pediatric disorders. As the current list of human disorders is far from complete and many human disorders are polygenic, there might remain to be found a combination of mutations working in concert that lead to the observed defect(s).” Have a look below you see more photos of the Ata, the so called “humanoid alien” which was found in the Atacama Desert, Chile. 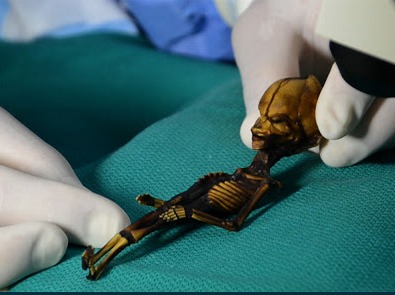 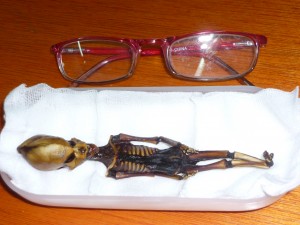 See real footage of the Atacama Desert in the videos below:

Written with love and coolness by crissa on April 27, 2013 in Weird Stuff How do you rate this article?