The smartest and most useful boxes – read about these 7 special boxes meant to ease our lives or protect us and our aliments.

1st in our top is the GreenBox PizzaBox.

This is just the usual pizza box design, only completely made out of recycled materials and with a few extra cuts. So, you are protecting the environment and being more efficient at the same time.

It splits in halves. The bottom half turns into a smaller storing capacity that fits in most fridges, saving space. The other one splits into 4 disposable plates in case you have guests or an urge to eat out of more plates at once. 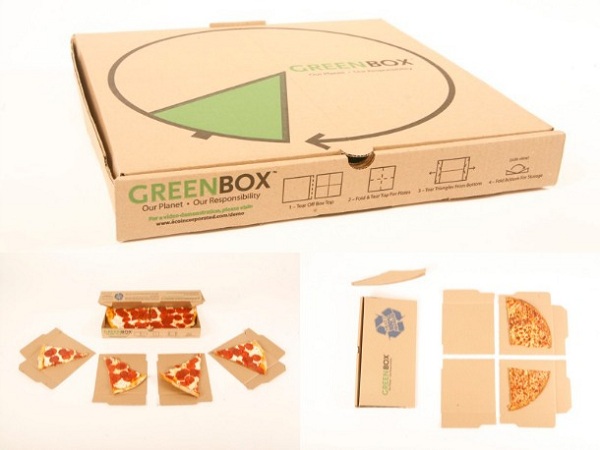 Ecovention, the company that came up with the GreenBox concept, has patented its name. Under the slogan “Our Planet. Our Responsibility” and being committed to making a positive difference in food packaging, Ecovention draws attention on Green Box production having no additional costs.

Here’s the short movie to prove its utility:

Coolest is much more than the regular cooler box you would expect someone to bring at a spree. It is the gathering enabler, the gadget-star-of-the-party. So, do not judge a book by its covers!

Its utility stands in incorporating as many features as possible both on its interior and exterior.

On the exterior, Coolest contains: 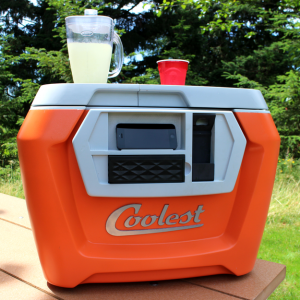 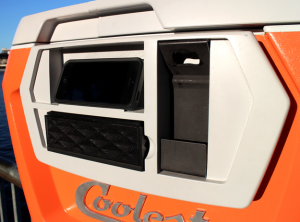 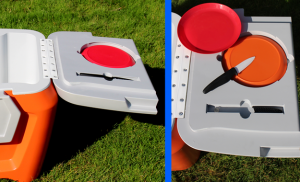 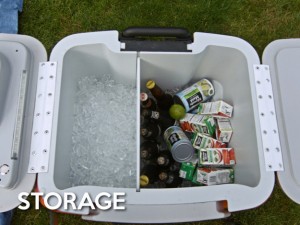 The Coolest cooler box was designed by Ryan Grepper from Oregon, USA. It raised an impressing $4m on a crowd-founder campaign in just 6 days. So, no matter if you are a usual backpacker or not, you should consider this!

Next one is more of a decorative box, but it does have one of the most important utilities.

We are talking about a traditional business card that turns into a funny, little, cargo transport box. You can see a short movie below:

It has been created by Eduardo Quadra and Eduardo Araujo for TAM CARGO, the Brazilian field area leader. Their company envisioned own development and growth. But the fact that they only had small business clientele asked for a small, cost controlled and powerfully impressionable marketing tool. This is how the business card/box took life.

Now this is a useful concept for anyone with either an exceedingly large passion for relatively small objects or lack of living space.

Each stair step contains a drawer, just like below: 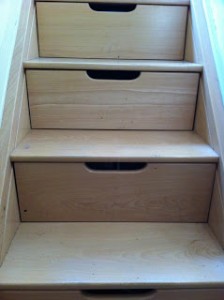 They can be useful for storing shoes, books, clothes, old and secret diaries, different disks’ collections, etc. Anything that will fit. 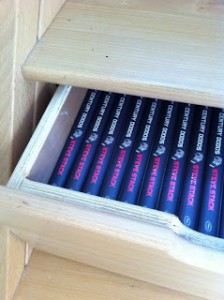 We have included the Penguin Juice Box in our top 5 Most Smart and Useful boxes just because of its design.

Birdy Juice is a fruit flavored juice for kids, packed in different birds shape wrapping. The box has an appealing appearance which would attract most kids. Even parents might have a hard time resisting it, let alone children who are responsive to cuteness, penguins and bright colors. 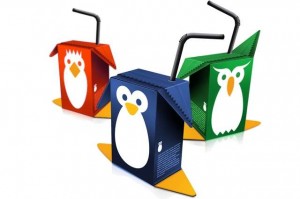 But Mats Ottdal, the Penguin Juice Box designer, has also added some useful features for them. The box can appear to be walking if upper margins (its ears) are down and the lower ones (its feet) are flat on the ground or up. Kids can play along all sorts of stories. “Flat-ears” correspond to drinking mode. Moreover, if flattened, the box can be used as an overweight penguin airplane. In the end, when emptied it can easily be recycled.

Here is a short presentation movie on the design and concept of the Penguin Juice Box created for Birdy Juice:

Have you ever considered wrapping your entire bedroom in a box? What about the apartment itself? Well, rest assured, for someone else has already done it for you. The relatively new concept of studio apartment is made of several units that match surroundings when in the usual state. Unfolded, they become useful, turning into whatever you need – desks, storage spaces, etc.

Such a unit hides, for instance, a bedroom. It might have a bed with night stand space and a closet. There are the pictures below to illustrate this: 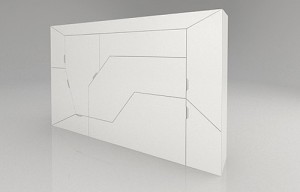 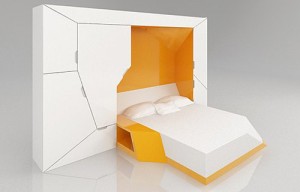 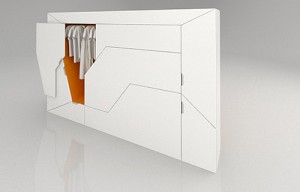 Hence, each unit inside has specific functions. As stated above, one may be a storage unit, another a desk, etc. contributing to making life in a box as easy and comfortable as possible.

Other boxes by Boxetti improve your life also in the kitchen, office and even living room. Check them out below.

Take  a look at the following video to see the concept behind this futuristic project.

The following wood and metal box looks at first glance like a normal storage box for papers and other personal objects. It might look like you can use it as a small table next to your bed or in the hallway for placing various objects on it. It has a classic design and could fit any home with a more traditional atmosphere. 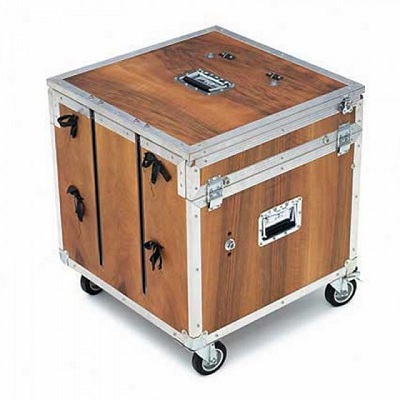 But this box is not just a box. You can store in it papers, documents or valuable objects.

In need, it can be used as a comfy small chair or a seat. But it can also become an armchair with armrests, back chair and seat covered with leather. This ability makes this chair very practical, while the quality makes it very popular. 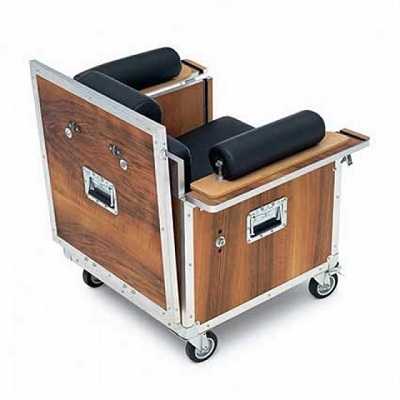 So, this is our collection of crazy, cool and weird boxes.

Have you seen one that impressed you as much? Even more, did you make a cooler or more useful one? Or do you just want to express your gratitude for the people making your life easier with their creations?

Well, be a pal, be a part and come on over to the comment zone to share your opinion! That’s where we’re having all the fun!

Written with love and coolness by Wady Bwug on October 1, 2014 in Cool Stuff How do you rate this article?