First let’s take a look at what any treasure hunter is dreaming about, and that is a huge coin treasure.

One of the biggest and most recent treasures ever found was located near Seaton, in East Devon. An amazing discovery has been succeeded by the enthusiast treasure hunter, Laurence Egerton. He is a builder and metal detector lover from East Devon who works under licence. His recent work was focused on the excavated site of a Roman villa at Honeyditches.

He found a few coins in the beginning and when he started digging deeper he came upon a few iron ingots. Beneath them, he found the amazing treasure. 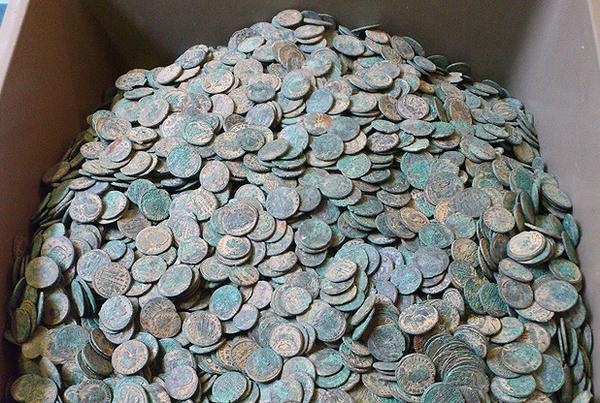 Most of the coins have engraved on them the face of the Emperor Constantine. The treasure is estimated to be from the 4th century, between AD 260 and AD 348.

The archaeologists state that this treasure is the payment of a soldier for an entire year. 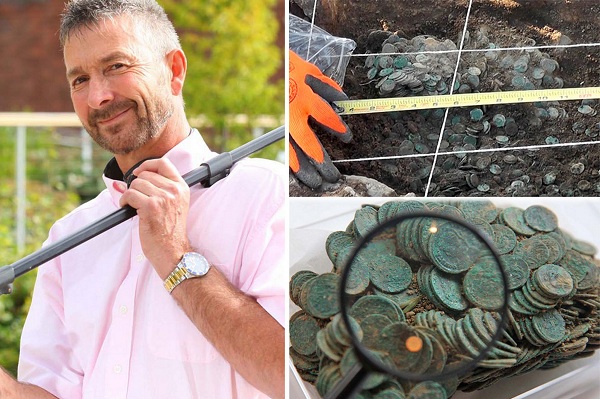 The treasure hunter acted according to his licence and contacted the archaeologist who had the job to analyze and unearth the treasure. Between the moment when he found the loose coins from the surface and the moment when the excavating process began, Laurence Egerton slept in his car, near the site.  He slept 3 nights in his car in order to protect the treasure from being stolen.

The big roman coins treasure has been passed in the custody of an accredited museum. The founder and the landowner received a nice payment for the treasure. They deserve it.

2. The anonymous couple that found $10 Million in Gold Coins

A husband and his wife from the state of California came across a huge treasure on a path they walked many times in the past. They saw a tin can come out of the ground and soon they found the can was filled with coins, golden coins. After digging a little more, they realized that what they thought it would bring them a few bucks, might value millions of dollars. 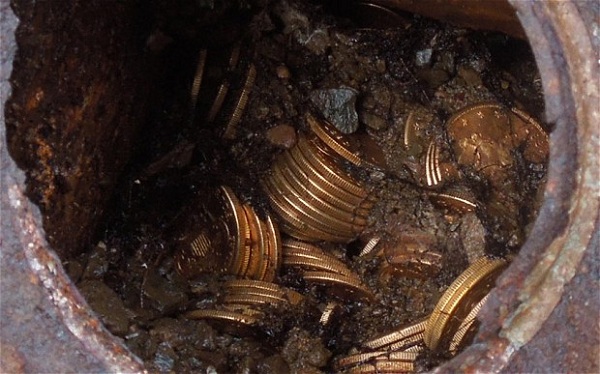 The cans contained around 1427 gold coins. The coins are all made between 1847 to 1894. The coins were in perfect conditions showing that they’ve been preserved very well, and they were hardly circulated.  While the majority of the coins are valued to $27000, some of the pieces are worth even $1 Million a piece. 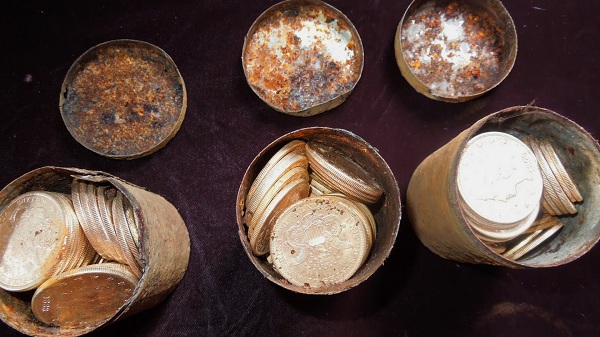 The couple desire to remain anonymous to avoid any publicity and problems. They also mentioned that some of the coins will be loaned to  American Numismatic Association for its National Money Show. They will also donate to the local charities, and some of them will be used to pay bills.

The moral is that even a rusty can might contain gold in the interior.

The moral from the previous story is applicable in the next story too. A man from San Jose decided to pay what it seemed a lot for an old storage unit.  He paid $1100 only to find that he did the investment of his life.

In an old chest inside the storage unit, he found a Rubbermaid  with gold and silver coins worth of about $500 000. Laura Dotson, the co-owner of American Auctioneers and her husband were glad about this amazing discovery stating that this should prove to everyone that buying a storage unit can turn into a true real gold-mine.

The storage unit belonged to a deceased woman, and most bidders look up the name of the previous owners. They believe that if the name has a certain resonance it means the person was older.

Below you can take a look at the news about this amazing story:

Kevin Elliott and Martin Elliott from a farm near Glastonbury found 9213 ancient coins in their yard. Kevin used to check the ground of the farm often with a metal detector. One day he came upon the amazing treasure and with the help of his cousin they unearthed the big treasure. 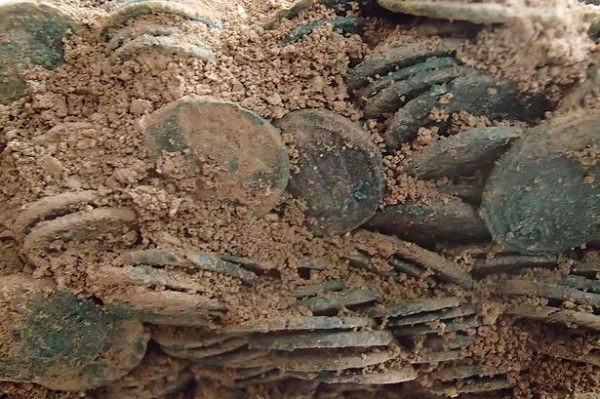 Treasure Valuation Committee estimated the treasure at £265000, and it has been declared that it belongs to the discoverers. The museum that desires to have the coins must pay the big sum if they desire to exhibit it.

A 37-year-old man from Suceava, Romania found a Dacian treasure near a forest he used to frequent. He has a great passion for treasure hunter and archaeology.

He found around 300 silver coins that are 2.200 – 2.300 years old. The historians and archaeologist will start to search the area. It’s believed that it used to be a settlement in the zone. 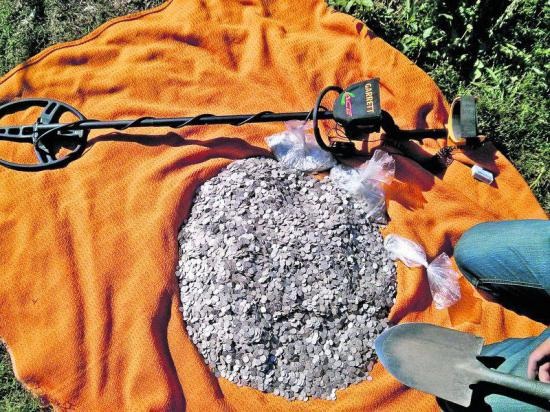 According to the archaeologists, the treasure values around $150000 and the founder will be rewarded with 45% from this value.

Iulian Enache is a man with a great passion for discoveries and history. He came across a huge treasure when he found a little coin on the ground. He kept digging, and he found around 47.000 silver coins dated from the era of Mircea, The Elder. 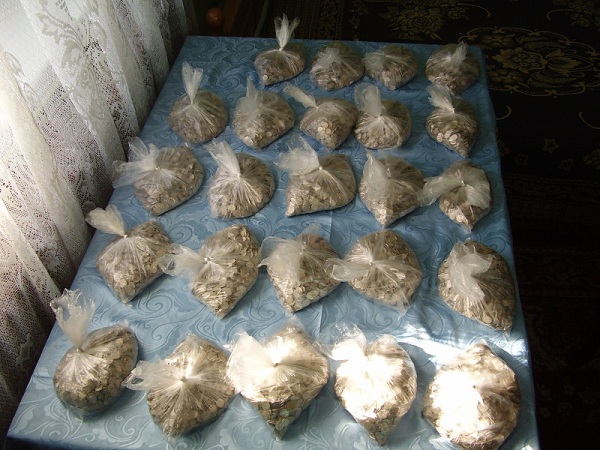 The men took all the coins to the National Museum of History and he was rewarded with $10000.

The historians believe that with these coins you were able to buy vast lands or a great army about 600 years ago.

It’s amazing what you can find if you have a little patience and a lot of hope. Have you ever discovered a treasure or something old and valuable, while digging in your garden?

Share your story with us in the comment section below. We are happy to find about more amazing stories.

Written with love and coolness by karrinah on October 1, 2014 in World's Biggest Things How do you rate this article?