You won’t believe how amazing and weird are these translucent sea creatures! We have a new awesome translucent fish catch, and presenting another 7 examples!

First is the new catch:

The amazing event happened in the clear and beautiful water around the New Zealand. The name of the fisherman is Stewart Fraser, and he went fishing, like usually, next to the Karikari Peninsula, when he encountered the weird shrimp-like creature. 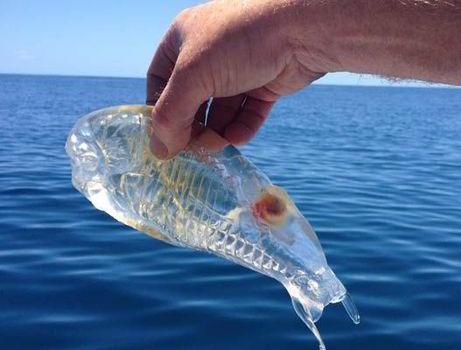 How did the fisherman found the creature?

The man was fishing with his friends, like on any ordinary day, when he spotted an interesting fish swimming near the surface of the water, very close to his boat. He liked its appearance, and he decided to catch him in order to take a better look at it. 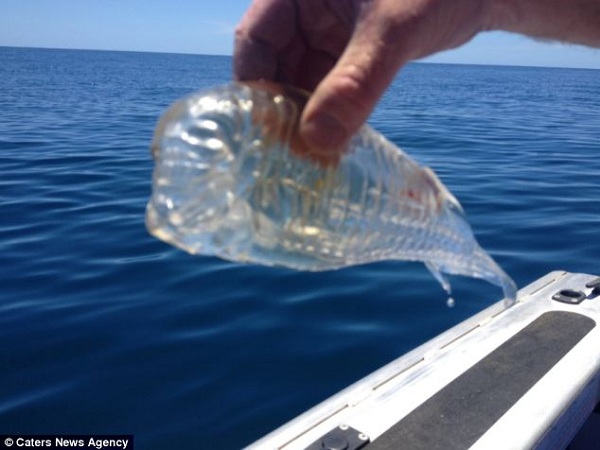 The little fellow has a completely see-through appearance. It is translucent with the exception of an orange blob situated in the lower back, near the tail. The man described the shrimp-like creature as being firm, a bit jelly and covered with scales.

What was the creature?

Deborah Cracknell, who is in charge with the research at the National Marine Aquarium in Plymouth, stated that the creatures seems to be  Salpa maggiore (Salpa maxima). This creature lives in the Oceans from the Southern hemisphere. 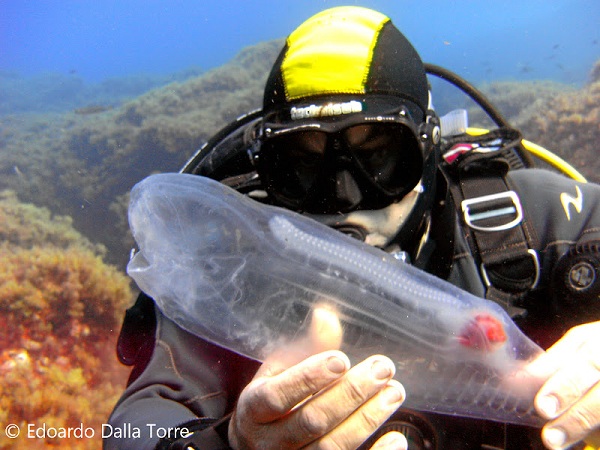 Salpa Maggiore is a planktonic tunicate in the shape of a barrel. It uses his body as a contracting muscles in order to pump water and move around and swim. The salps originate in the Southern Oceans and live in colonies. 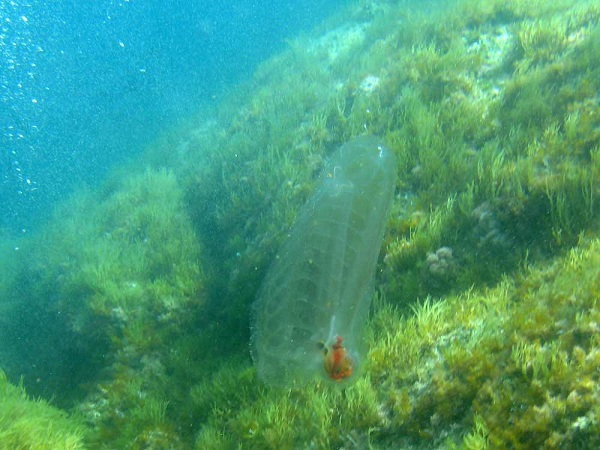 The see-through creatures are quite fascinating. The salpa is not the only living being on Earth who can boast with this feature. Want to see more of the strangest sea creatures discovered?

Check out the following see-through creatures that live in the seas.

Because this fish is in the state of a larva, he is in the ongoing danger of encountering a sea predator, so the ability of being invisible is a must. 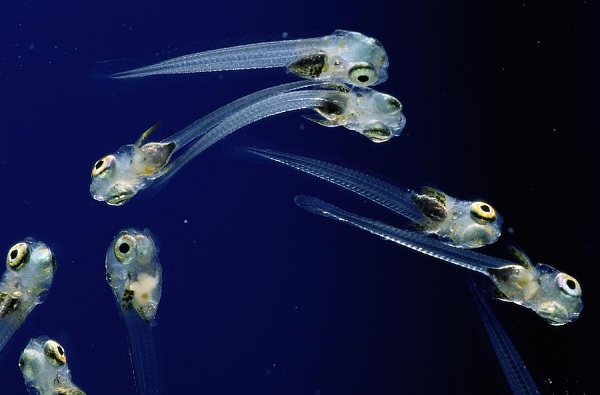 The Hydromedusa is a subspecies from the class Hydrozoa. It has a globular umbrella and many tentacles. These creatures are very common in the waters from Central California. 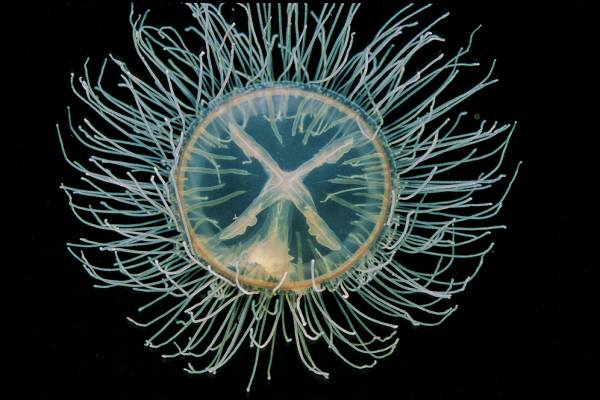 This little crustacean measures only once inch and, despite their size, are quite dangerous since they feed with the insides of other sea creatures.  They live in all the oceans, except the polar zones. The Pram Bug is a part of the Phronima class. 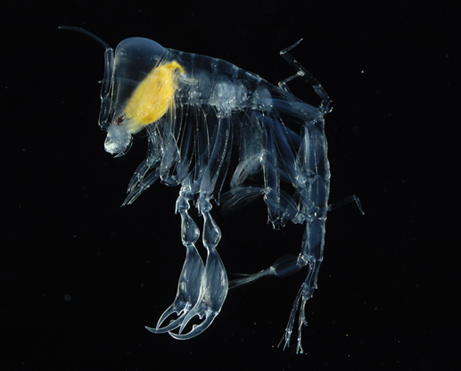 This fish enters in the group of flatfish species. The Flounder lives in the Pacific Ocean and Atlantic Ocean. In the larval state, the fish is translucent in order to protect itself from predators. 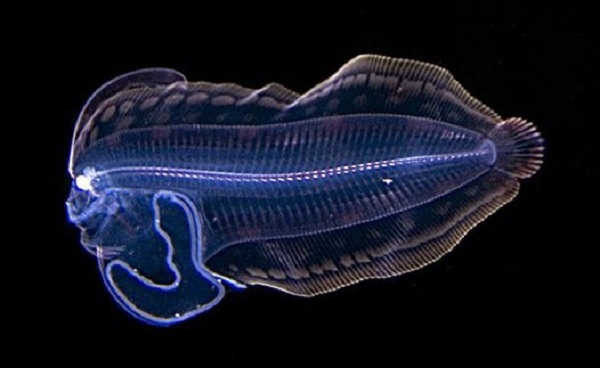 Like in the previous cases, the larval state of the squid is to protect the creature. The Larval Squid is not entirely transparent because it has some pigment cells all over its body. 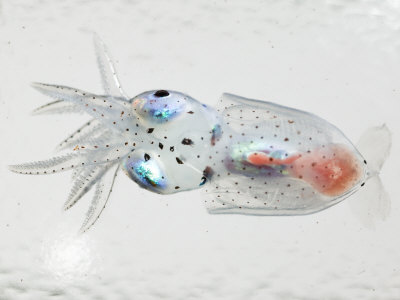 These species of squid lives in the Pacific Ocean and is a squid in the adult state that preserved the ability of being translucent from the larval state. They live deep into the ocean. 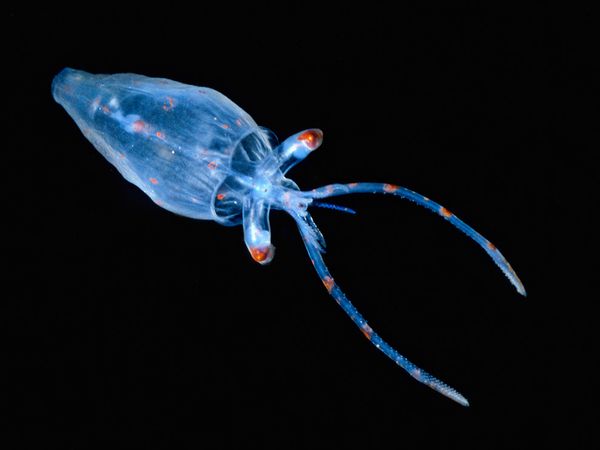 This fish lives in the cold waters of the Poles. It contains natural antifreeze proteins in its blood, which helps it survive the low temperatures. 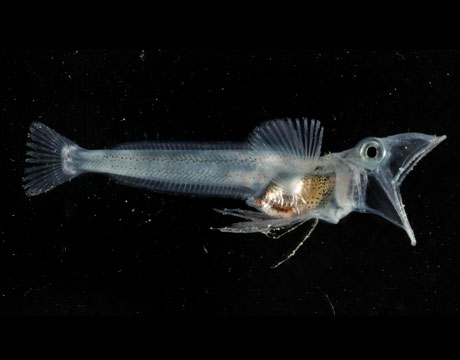 Written with love and coolness by karrinah on January 23, 2014 in Weird Stuff How do you rate this article?