Hundreds of heavy stones are slowly and creepily moving on their own without a plausible explanation… Weird? Absolutely awkward. Let’s find out the possible explanations together. 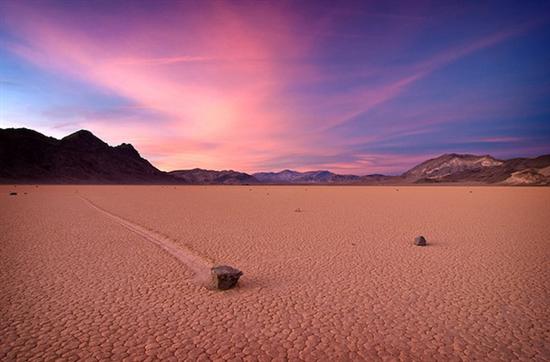 The tourists that visit the Death Valley National Park in California, U.S.A can’t help but leave amazed by the natural phenomenon which occurs in the Racetrack Playa (the remains of a dry lake). 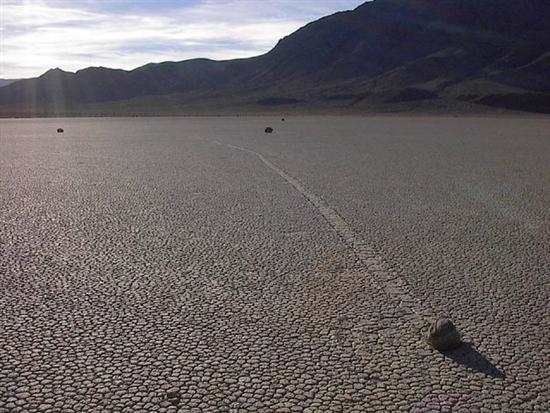 Due to the extremely hot weather, the remains of the lake consist of millions of geometrical forms in the ground. But the weirdest part about this dried lake is the fact that a mysterious phenomenon takes place… the rocks move by themselves, without any animal or human interference. What’s even more bizarre, is the fact that up until now, no scientist has been able to elucidate this mystery. 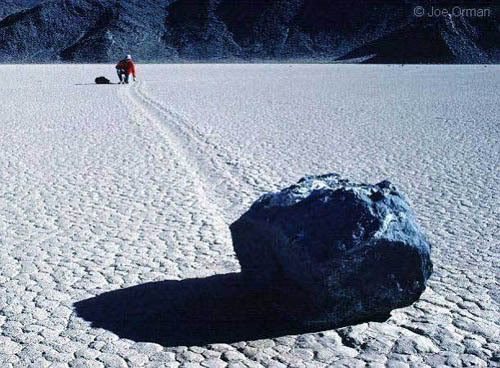 So what are the possible causes? Some said that the odd trail left behind by the moving rocks may be caused by the wind. Well… some of the stones weigh hundreds of kilos, so, in order for the wind to be the cause of their movement, it would have to have unimaginable speeds. 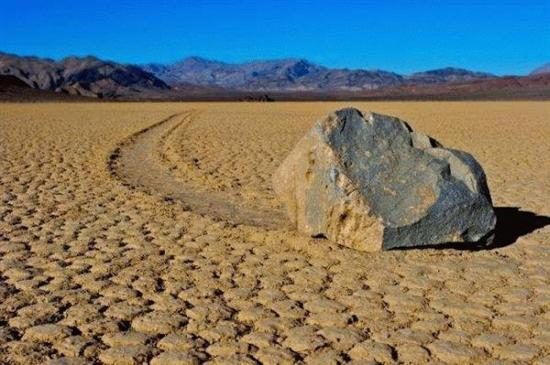 Another hypothesis for the weird and perfectly linear path left by the moving stones would be the water. Now you will ask yourself, ‘what water, isn’t it a dry lake?’. Well, the Racetrack Playa is a seasonally dry lake. In winter and early spring the water form the heavy rains may freeze. Hence, scientists believe that the rocks move because of the newly-formed ice sheets after the lake is flooded. It is presumed that the ice moves the rocks, and it it by far the most reasonable theory yet. 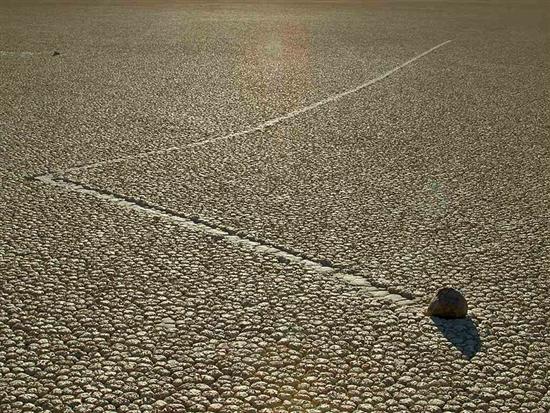 Others believe that the stones are moved by bizarre magnetic forces… Which ever the explanation may be, this phenomenon is indeed odd and amazing to see. 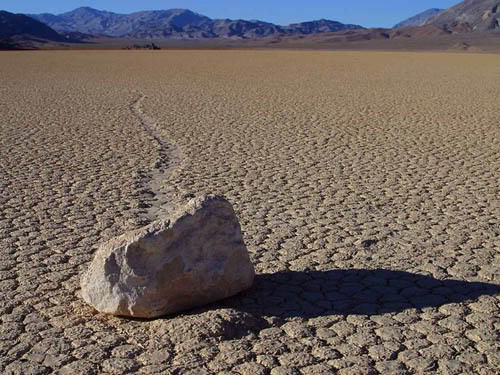 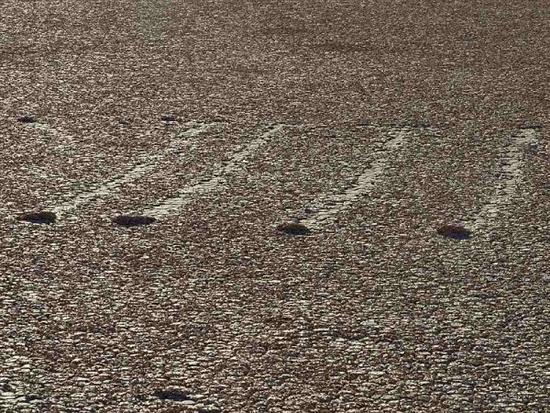 See a of these weird rocks that move by themselves


Written with love and coolness by crissa on June 22, 2013 in Weird Stuff How do you rate this article?