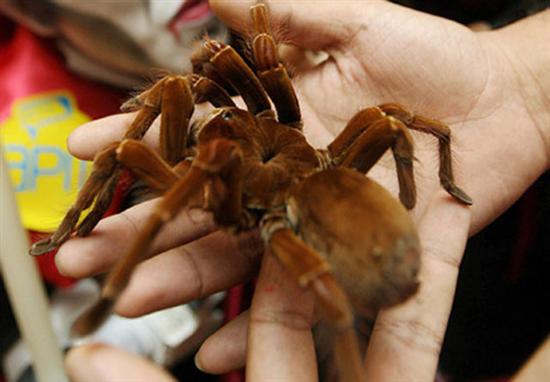 Have you ever wondered how big the world’s biggest spiders are? Lots of us get scared even at the sight of a small, harmless spider, but imagine meeting a gigantic spider… Now that will just creep the living daylights out of you. Now we all know that size doesn’t matter, but when it comes to spiders, the bigger they are, the scarier they become. Let’s have a look at some of the biggest spiders in the world and see just how large they really are. 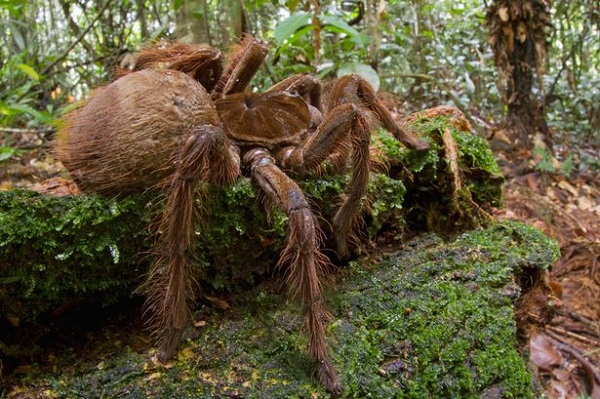 The amazing exemplar with fangs of 2 inches was found by Piotr Naskreckise in a jungle from South America. He was amazed when he saw the puppy-sized tarantula. It weights about 170 grams and despite its name, the furry monster feeds with frogs, rodents, lizards and snakes. Also, its venom is very potent. 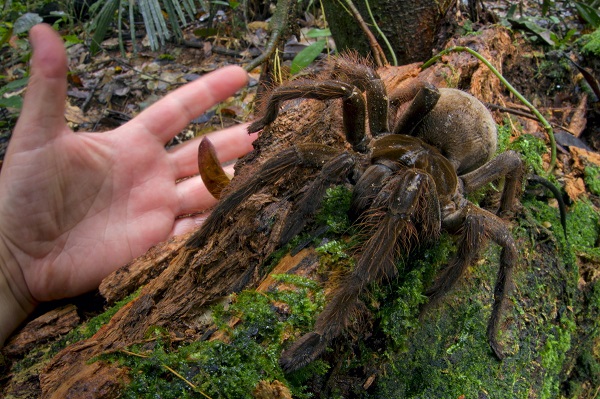 We have this species of tarantula at nr. 9 in our top, since its average size is 25,4 cm.

Here is the top of the largest spiders ever seen on earth.

These ugly creatures get their name from the fact that they are very agile when stalking prey. They also are called giant crab spiders, because of their amazing size and shape. Luckily, they are not harmful for humans, though they have been known to inflict defensive bites. The Brazilian Salmon Pink Bird-eating Tarantula is commonly found in Brazil and it was first discovered in 1917, near a city where it was endemic, namely, Campina Grande, Paraíba. Now they are very common as pets.

This humongous arachnid belongs to the tarantula Theraphosidae family and it’s considered the second largest spider in the world. Some specimns have reportedly been seen gulping up humming birds, so that’s what gave them the “birdeater” nickname. These spiders have a leg span of up to 30 cm (12 inches) and may weigh more than 170 g (6 ounces). Thir bite is harmless to humans despite their scary fangs, therefore, these spiders make great pets for spider fans. 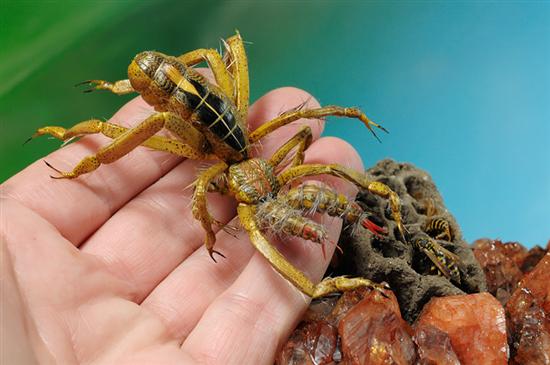 This carnivore is likely to be found munching on insects, lizards and rodents, as well as the occasional small bird.  The camel spider belongs to the Solifugae order from the Arachnida class. The order has more than 1,000 known species and their size ranges from a few millimeters to 300 mm (12 in) including legs. Xenesthis immanis (also known as the Colombian lesser black) belongs to the Lycosidae family. This large spider is 23 cm long and it has been known to eat live birds. It hunts alone and it is not dangerous to humans.

See more huge spiders on the next page