M-Block is an amazing new type of robot which has the self-assembling property. Researchers at MIT are working on a special type of robots which can self-assemble. The project has set a target of 100 such robot cubes which will be autonomous and fully equipped inbuilt algorithms. Read more about them right here. 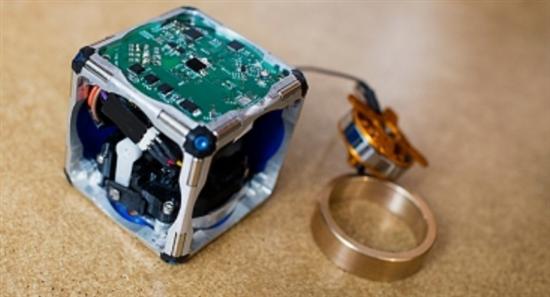 MIT’s John Romanishin, Daniela Rus, and Kyle Gilpin are the ones who managed to create these amazing self-assembling robots. The robots are designed as individual modules which can separate and recombine at will. The blocks have no external moving method, 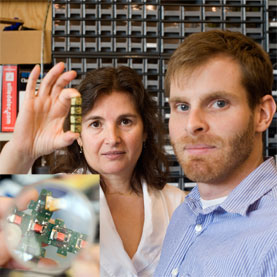 Each cube is equipped with a 20,000 RPM flywheel which imparts angular momentum to each block. The flywheel allows the cubes to move across the floor, roll over each other or over obstacles. Also, what’s even more amazing is the fact that they can also jump around like a Mexican jumping bean. 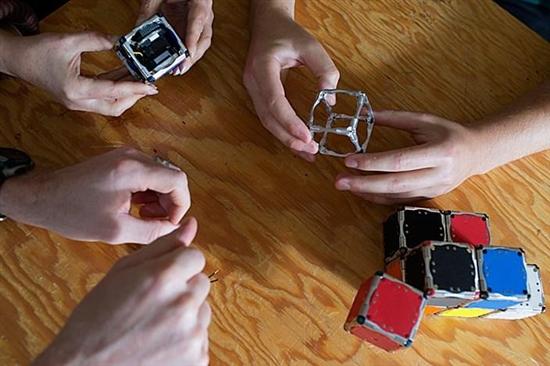 The results of this type of movement is amazing: they can assemble themselves in one shale, break apart and reassemble to a completely differently shape. 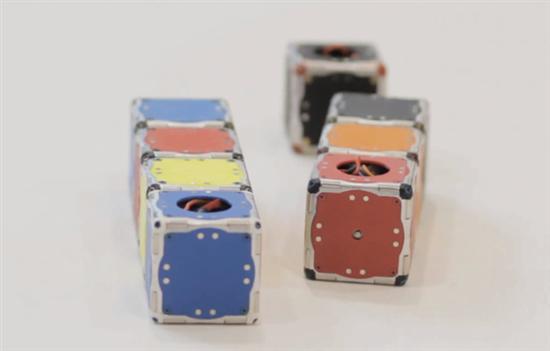 An M-block’s movement would be chaotic if it weren’t for magnets. The magnetic edges help the blocks bind in perfectly. 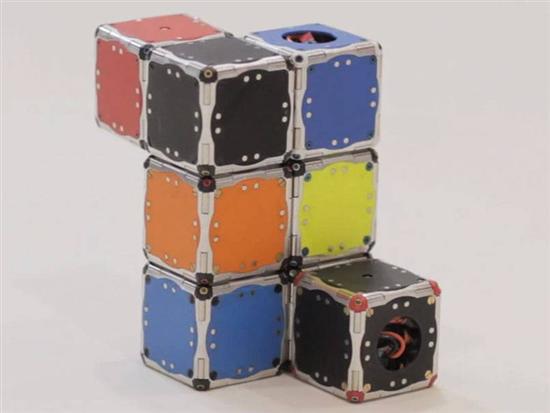 These edge magnets also allow the cubes to pivot around each other. Because the magnets are chamfered, the magnets touch when they pivot, and the bond is strengthened. This is all mind blowing as is, but imagine these little cubes reduced to nano size… they could reassemble into huge robots or shapes, isn’t that amazing? 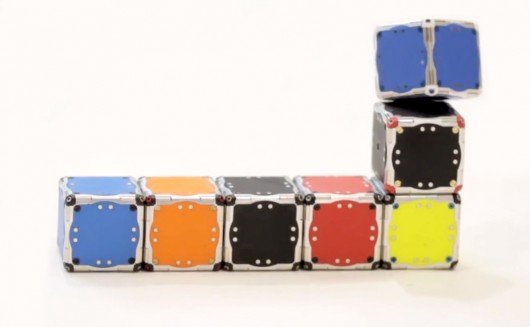 At the moment, the research team is improving the design of these amazing little cubes. They have 100 new M-Blocks in the works for further studies. The current blocks are individually controlled by their handlers, but the new ones have enough processing power to do some things autonomously. The team is also working on new software to control them. 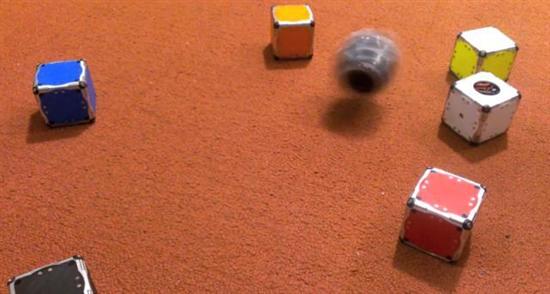 Watch them in action in the :


You really need to check the newest robots made in 2016

Written with love and coolness by crissa on October 12, 2013 in Amazing Stuff How do you rate this article?