Another flood caused millions of spiders to over-populate a wide region from Pakistan. The people who found the spider webs thought they were witnessing an area haunted by ghosts.

Thousands of trees and grass areas were covered by gray spider-webs. 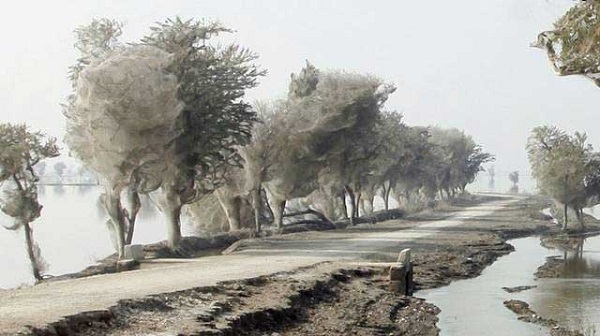 This story is similar with the one that happened near Dallas, when the entire forest was covered in the biggest spider web ever found.

Many people panicked after seeing the eerie scene, but the spider web was a blessing in disguise.  The population of arachnids kept at bay the over growth of the mosquitoes numbed in the area. This also helped not spreading malaria and other diseases carried by  the flies.

Take a look at the following video about the amazingly huge spider webs: