After a strong flood devastated vast regions in New South Wales, Australia, millions of spiders build cobwebs in the nearby fields. When people who left their homes because of the flood returned, they found a ghostly-looking area. 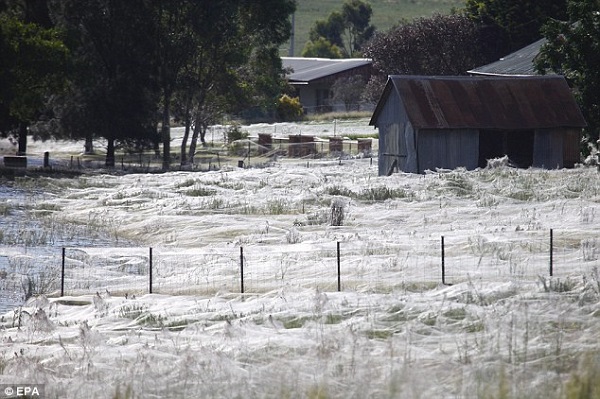 Branches, trees and vast areas of green field were covered in glittering silky spider webs. Since the flood invaded the areas, the spiders built home above the grass to maintain themselves above water.

Also, the flooding caused the spreading of mosquitoes and flies, which consist the food of the spiders. This fact helped them outgrow in number and stop any fight for food. 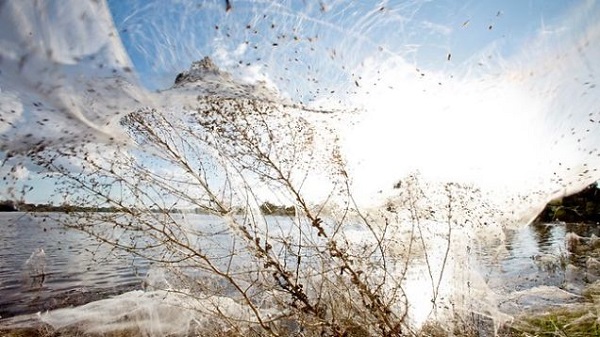 Take a look at the following video about the spider webs from Australia:

NEXT: Read about the spider-webs from Pakistan